Republicans held votes for leadership positions Tuesday to which McCarthy was reelected as the Republican leader of the next Congress and faced no opposition. McCarthy said he thinks the party is stronger than ever and that the future is bright for House Republicans during an interview with the Washington Post. In the interview, McCarthy said he looks at Republican’s performance in the 2020 elections as a victory. 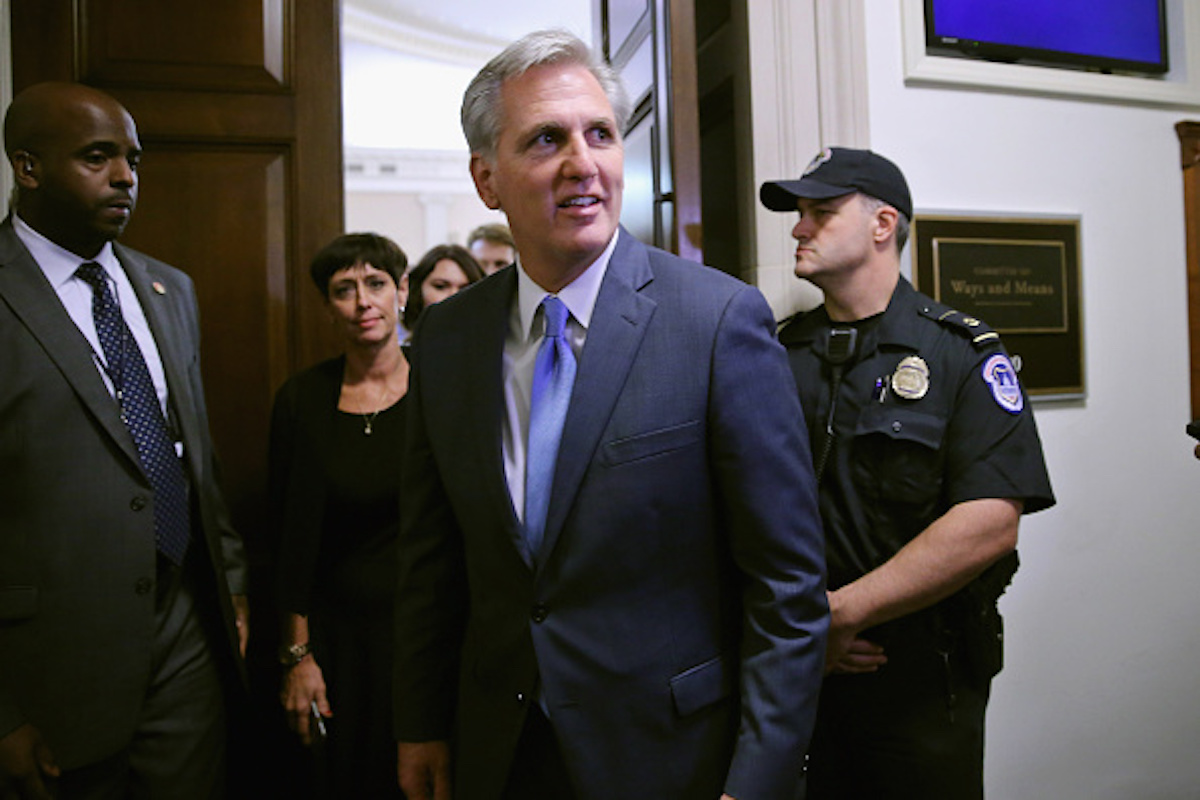 House Majority Leader Kevin McCarthy and his wife Judy (2nd L) walk out of the caucus room after he announced that he will not be a candidate for Speaker of the House in the Longworth House Office Building on Capitol Hill October 8, 2015 in Washington, DC. (Photo by Chip Somodevilla/Getty Images)

House Democrats elected Speaker of the House Nancy Pelosi to be the candidate for the Speaker of the next Congress. Democrats cast their votes for Pelosi virtually through a secure app, Fox News reported Wednesday. Pelosi also ran unopposed. The House will hold a full vote on Jan. 3 to elect the Speaker, in which the Democrats will have the majority. (RELATED: Democrats Select Pelosi As Their Candidate For Speaker Of The House)

McCarthy said Thursday he believes Republicans have a good chance of winning back a majority in the House in 2022, citing his party’s success in the Nov. 3 elections. (RELATED: Kevin McCarthy Is Hopeful Republicans Will Win Back The House In 2022)

The House Minority Leader also recently criticized Pelosi for saying Democrats in the House have a “mandate” after being called out by her colleagues in a caucus phone call for losing a number of seats they were hoping to win on election night.