Some legal and health experts recommended minorities get prioritized access to a potential coronavirus vaccine as the federal government begins to finalize distribution plans and two pharmaceutical companies have reported positive trial results.

The National Academies of Science, Engineering and Medicine (NASEM) released a final report in October recommending a phased vaccine distribution plan, which would indirectly prioritize minority communities. U.S. black and indigenous populations have suffered the worst from the pandemic with both groups experiencing a mortality rate exceeding 1 in 1,000 nationally, according to APM Research Lab.

“Inequities in health have always existed, but at this moment there is an awakening to the power of racism, poverty, and bias in amplifying the health and economic pain and hardship imposed by this pandemic,” said Helene Gayle, president and CEO of the Chicago Community Trust, who contributed to the NASEM report.

“We saw our work as one way to address these wrongs and do our part to work toward a new commitment to promoting health equity,” she added. (RELATED: Pfizer To Seek FDA Emergency Use Authorization For Vaccine ‘Within Days,’ Final Analysis Shows 95% Effective) 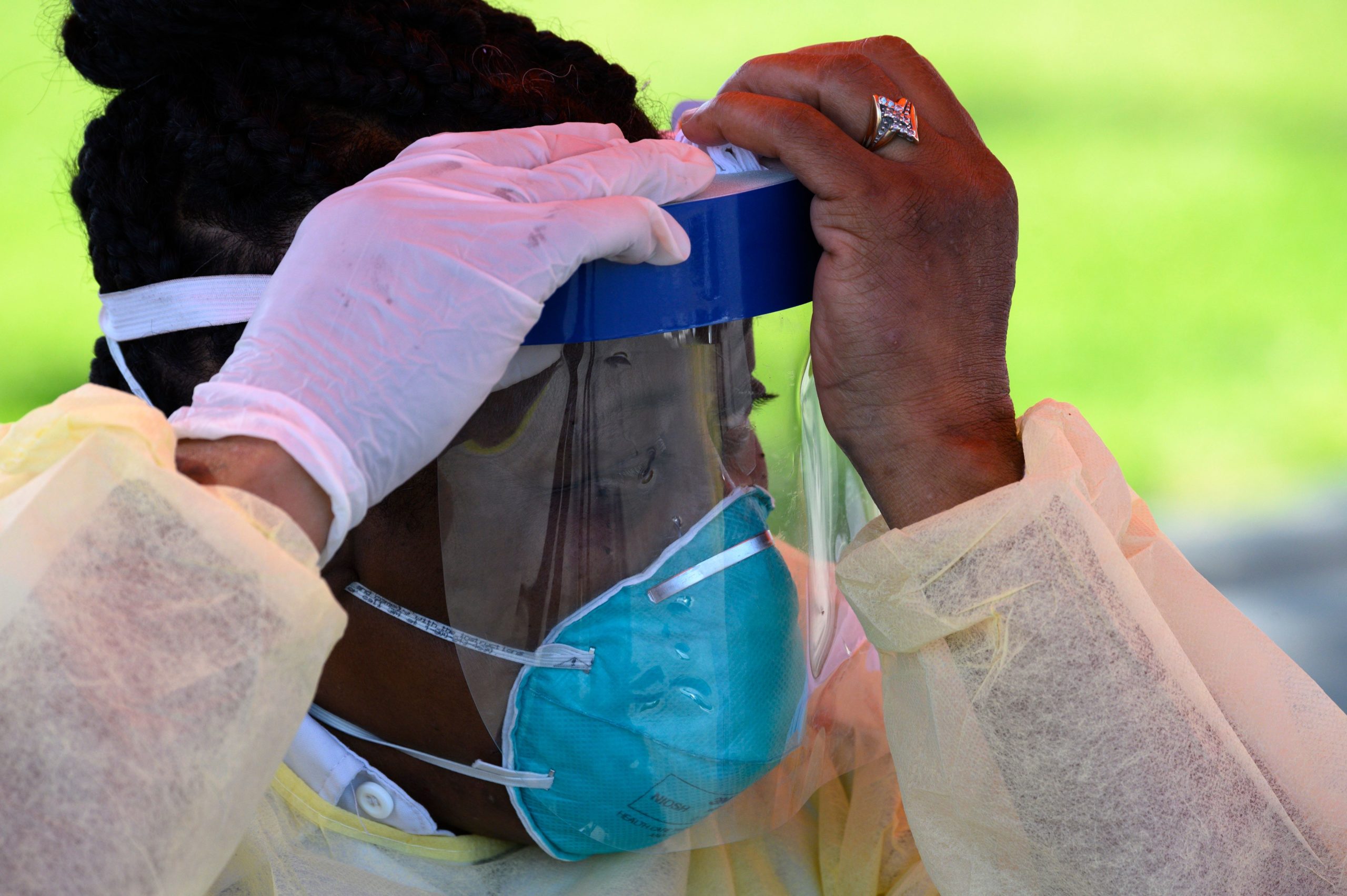 The NASEM report specifically called for the prioritization of people with comorbidities and underlying conditions that put them at higher risk of severe coronavirus effects. It also recommended that people living in “congregate or overcrowded settings” — such as prisons, homeless shelters and group homes — and essential workers in the food supply system and public transit would get early access.

Further, it recommended that within each phase of vaccine distribution, health officials should prioritize people who are determined to be in high-vulnerability areas using the CDC Social Vulnerability Index.

“This would incorporate the variables that the committee believes are most linked to the disproportionate impact of COVID-19 on people of color,” the NASEM press release said. “Black, Hispanic or Latinx, American Indian and Alaska Native, and Native Hawaiian and Pacific Islanders have been disproportionately impacted by COVID-19 with higher rates of transmission, morbidity, and mortality.”

The report was put together by the Committee on Equitable Allocation of Vaccine for the Novel Coronavirus, which was sponsored by the Centers for Disease Control and Prevention (CDC) and the National Institutes of Health. It will likely play a significant role in determining the CDC Advisory Committee on Immunization Practices’ final plan for vaccine distribution as will the Johns Hopkins University and World Health Organization plans.

The committee never explicitly advocates for distributing the vaccine solely based on race, but its recommendations would indirectly lead to minorities receiving prioritization, according to Quartz. (RELATED: Biden Coronavirus Adviser Calls National Lockdown ‘Measure Of Last Resort’)

We cannot and we will not let that happen. pic.twitter.com/HTVkloT4Be

However, some have called for a plan that would place minorities towards the front of the line regardless of the variety of factors NASEM listed.

Melinda Gates, co-chair of the Bill & Melinda Gates Foundation, said in June that health care workers should be first in line when it comes to getting the coronavirus vaccine, according to TIME Magazine. Black people should be next to receive it, she added.

“In the U.S., that would be black people next, quite honestly, and many other people of color,” Gates told TIME. “They are having disproportionate effects from COVID-19.”

On Sunday, Democratic New York Rep. Adriano Espaillat tweeted: “We have an opportunity to right the wrongs inflicted on African Americans, Latinos & all who have suffered & been devastated by this deadly virus. Ensuring equitable & fair distribution of the vaccine will not bring back the lives lost- but it ensures their voices are heard.”

“Priority distribution of the coronavirus vaccine, once approved, should be given to minorities,” he continued. (RELATED: States Aren’t Prepared To Distribute Coronavirus Vaccine, Investigation Finds) 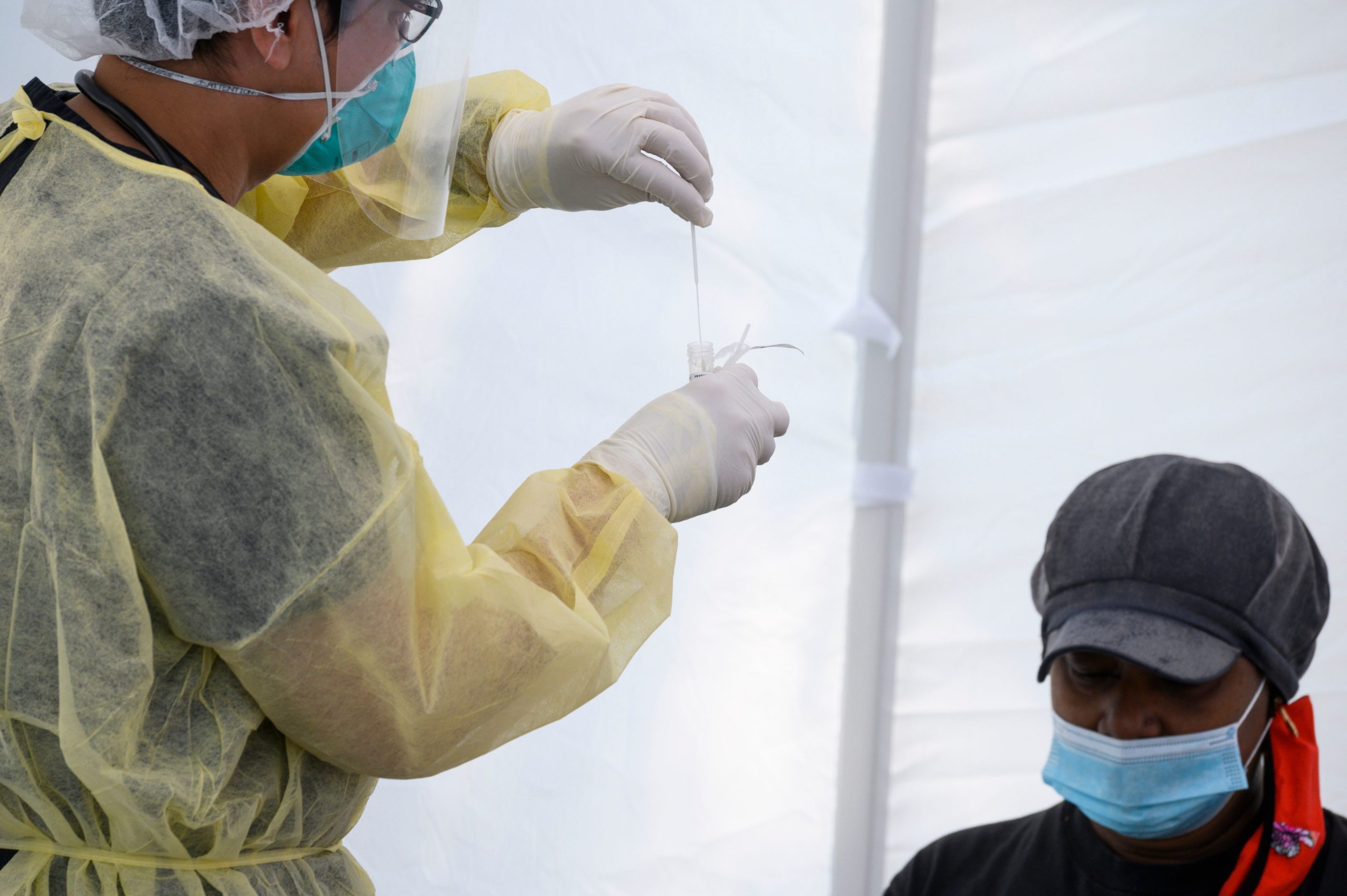 In addition to Gates and Espaillat, some experts and scientists have similarly said minorities should get first access.

Dr. Sharon Frey, a professor of infectious diseases at St. Louis University, said that black and Latino groups “get into a high tier,” according to The Times.

“Having a racial preference for a Covid-19 vaccine is not only ethically permissible, but I think it’s an ethical imperative,” said Georgetown University global health law professor Lawrence Gostin, according to STAT News. “The reason is both because of historic structural racism that’s resulted in grossly unequal health outcomes for all kinds of diseases, and because Covid-19 has so disproportionately impacted the lives of people of color.”

But Gostin said he worries that such a distribution plan would be tied up in courts causing delays, which would defeat the purpose of such a mandate, according to STAT. (RELATED: California Medical Association Officials Among Guests Seen With Gov. Gavin Newsom At Upscale Restaurant)

“My worry is that if there was explicit racial priority given to the Covid-19 vaccine, we could be embroiled in litigation that would really undermine implementation of the vaccine process, and also be at great risk of being overturned by the Supreme Court, particularly with its new conservative majority,” Gostin said, according to STAT.

Gostin was one of three authors of a paper on the legality of prioritizing minorities in vaccine distribution, according to an Oct. 14 paper published by the Journal of the American Medical Association. The paper concluded that U.S. courts would find indirect methods of prioritization as more acceptable than explicit race-based classifications. 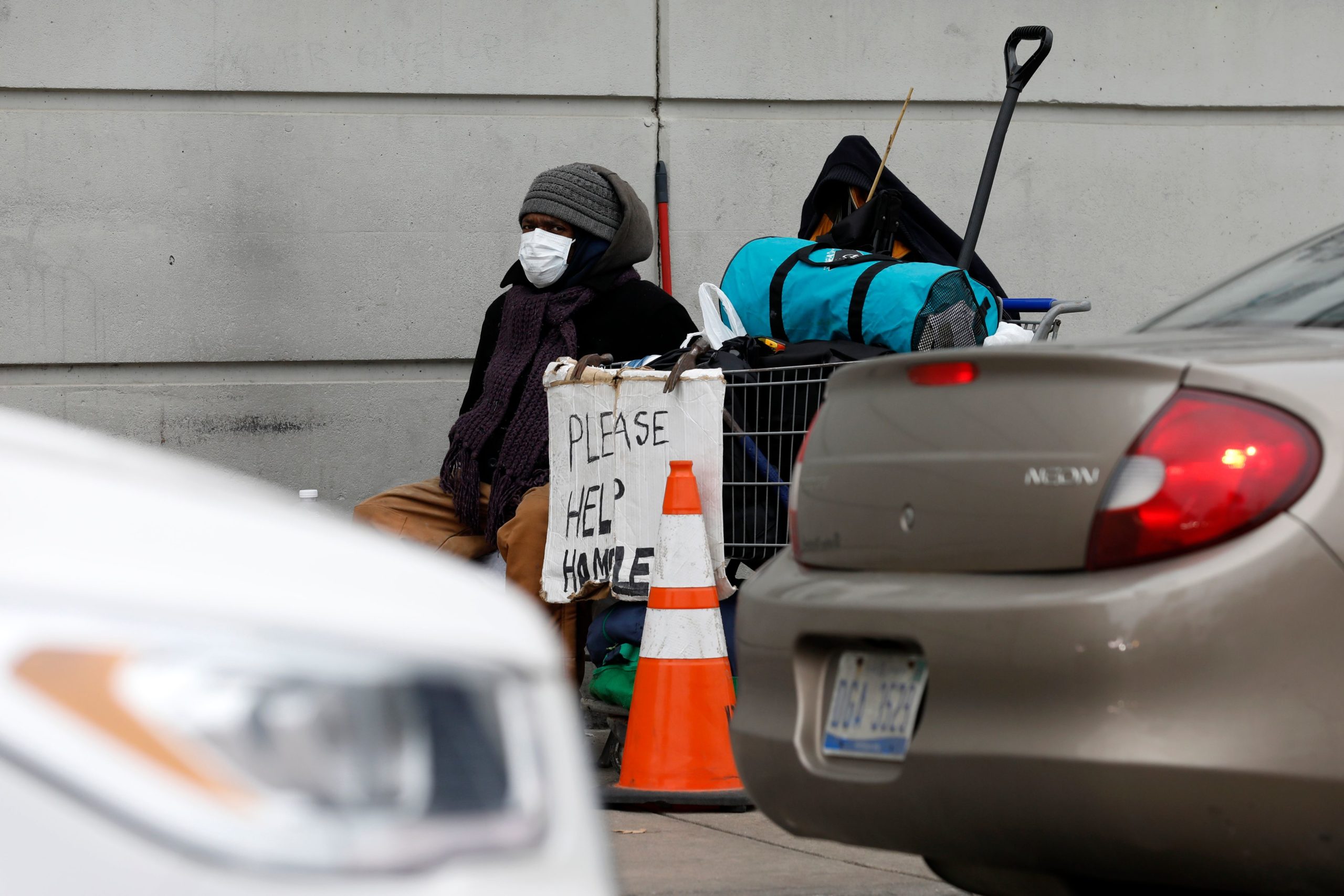 A homeless person wearing a protective mask is pictured in Highland Park, Michigan on March 30. (Jeff Kowalsky/AFP via Getty Images)

Dr. Harald Schmidt, an assistant professor of medical ethics and health policy at the University of Pennsylvania, agreed that the courts would strike down explicit vaccine guidelines based on race, The Times reported. Schmidt added that beyond the legal challenge, another hurdle is that black people are skeptical of receiving a vaccine.

“Because of Tuskegee and structural racism within the health care system, you have to make a case much more strongly to the African-American population,” Schmidt said, according to The Times.

The so-called Tuskagee experiment was a 1932 study in which federal government health officials, including those from the CDC, selected hundreds of black men with latent syphilis to study the disease’s progression, according to History.com. The researchers told the men they would receive free health care during the study, but actually provided only placebos as the men died, went blind or insane and experienced a range of negative health effects.

A survey conducted by the Kaiser Family Foundation and The Undefeated in October found that half of black adults do not plan on getting the vaccine. Seven in ten black adults believe racial discrimination occurs “somewhat often” in the U.S. health care system, according to the survey.

Pharmaceutical companies Pfizer and Moderna both recently reported positive results from large-scale human trials. Pfizer said Wednesday that it would seek emergency use authorization from the Food and Drug Administration “within days.”

Average coronavirus cases and deaths per million have been increasing rapidly nationwide for several weeks, according to The COVID Tracking Project. On Tuesday, the U.S. reported 1,567 new coronavirus-related deaths and 155,835 new cases while 76,823 Americans remained hospitalized from the virus.