Joe Biden’s gun ban and tax plan could cost Americans tens of billions of dollars in taxes on guns that they already own, The Washington Free Beacon reported.

About 20 million rifles and 150 million ammunition magazines would be included in Biden’s ban, according to the National Shooting Sports Foundation (NSSF), The Free Beacon reported.

The new taxes could potentially cost Americans more than $34 billion, according to The Free Beacon.

“I think if [Biden and his team] were smart, they would look at those numbers and get an idea of where America stands on gun ownership and gun rights.” Mark Oliva, spokesman for the NSSF, stated. 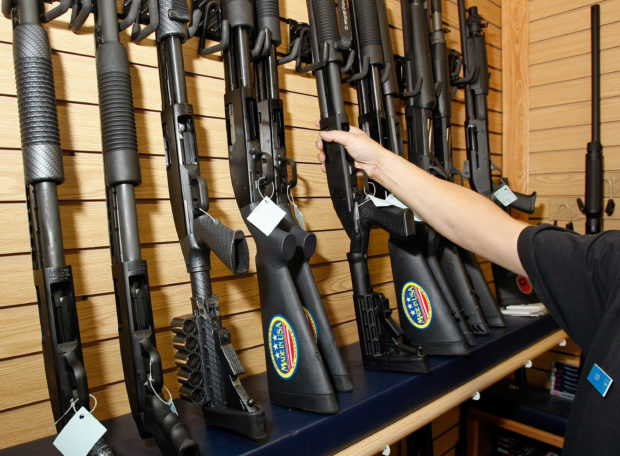 LAS VEGAS – NOVEMBER 14: A sales associate takes a gun from a display of shotguns at The Gun Store November 14, 2008 in Las Vegas, Nevada. (Photo by Ethan Miller/Getty Images)

Biden’s proposed plan would ban new sales of AR-15 rifles and magazines that hold more than 10 rounds. Some owners would be payed to surrender some guns affected by the plan and those who don’t will have to register their firearms under the National Firearms Act. Owners would be required to pay a $200 tax stamp for each item, according to The Free Beacon. (RELATED: ‘Nearly 5 Million New Gun Owners’: Here’s Why Gun Sales Are Shattering Records In 2020)

The rifles that Biden wants to ban made up almost half of all rifles that were produced in 2018, according to the Free Beacon.

Oliva also stated that these estimates might also be undercounts since AR-15s have continued to grow in popularity since the latest manufacturer reports from the Bureau of Alcohol, Tobacco, Firearms, and Explosives only go until 2018.

“America’s attitude on gun control is shifting more toward the idea that we need to protect our rights and away from the idea we need government control of our destiny,” Oliva stated, according to The Washington Free Beacon.