White House chief of staff Mark Meadows told Capitol Hill reporters on Wednesday that the government might shut down before year’s end.

Meadows, heading into a meeting with Senate Majority Leader Mitch McConnell, said he “can’t guarantee” Congress could reach a bipartisan agreement on the spending budget for fiscal year 2021.

“Obviously we want to keep the government funded,” he stated. “It’s a high priority to make sure we keep our government funded.” (RELATED: Kayleigh McEnany Thinks States’ Thanksgiving Coronavirus Guidelines Are ‘Orwellian’)

White House chief of staff Mark Meadows “can’t guarantee” there won’t be a government shutdown on Dec. 12, when asked if WH would take it off the table.

Politico reported Tuesday that Congressional Democrats are likely pursuing enhanced funding for both the Departments of Education and Health and Human Services in light of rising coronavirus cases across the country. 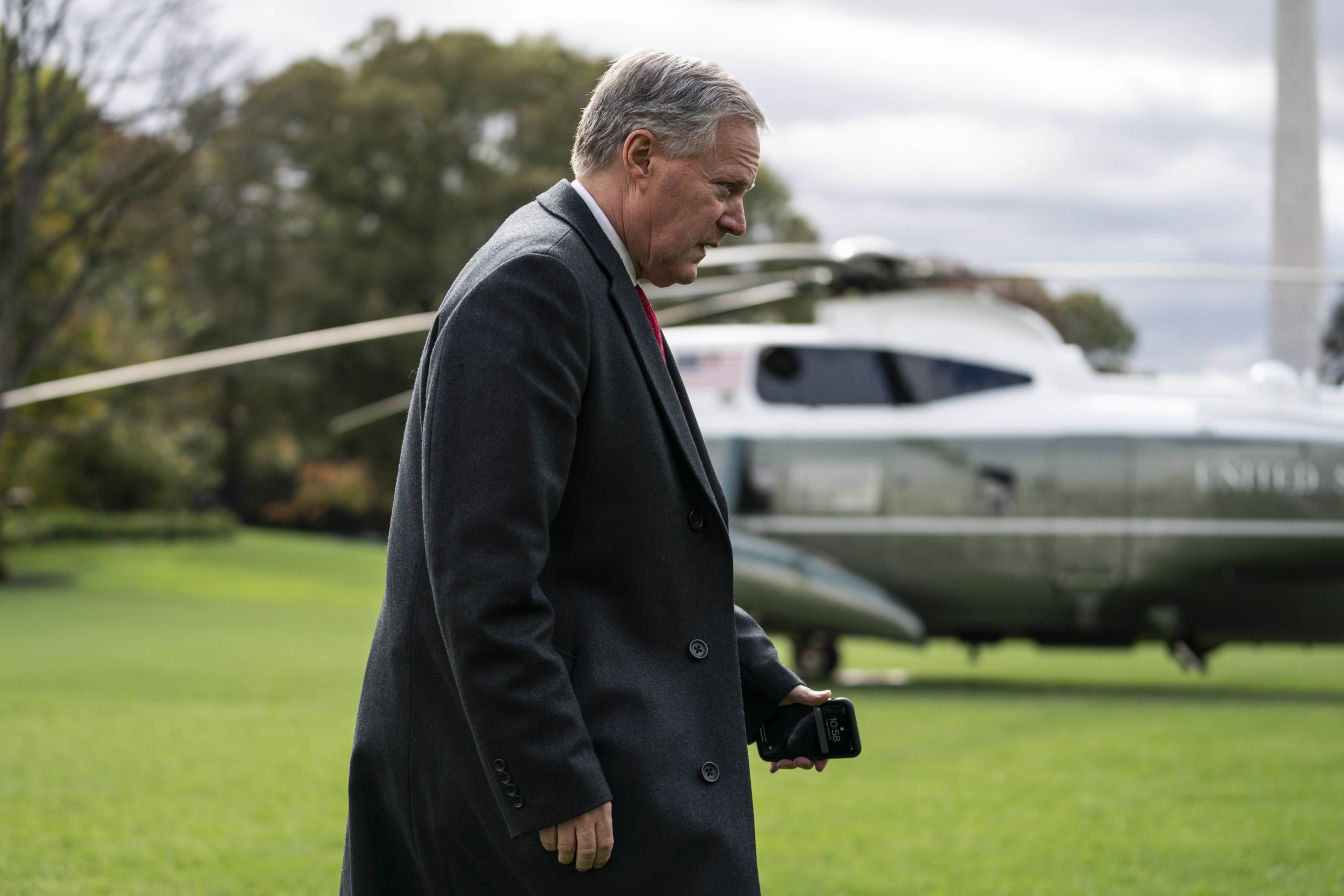 WASHINGTON, DC – OCT. 30: White House Chief of Staff Mark Meadows walks along the South Lawn before President Donald Trump departs from the White House on Oct. 30, 2020 in Washington, DC. President Trump will travel to Michigan, Wisconsin and Minnesota for the campaign rallies ahead of the presidential election on Tuesday. (Photo by Sarah Silbiger/Getty Images)

The Politico report further notes that the White House has not signaled to Senate Republicans that President Donald Trump would approve of either an entirely new spending bill or extensions of the current funding levels.

Congress has until midnight Dec. 11 to reach an agreement and avoid shutting down the government. The White House did not respond to Daily Caller’s inquiries on the subject by press time.