A Maine woman was arrested on Monday after leaving Republican Sen. Susan Collins several menacing voicemails, including a threat to behead the senator, according to the FBI.

Katrina Preble, 56, of Bangor, left a total of eight threatening voicemails at Collins’ offices—two on Nov. 6 and six on Nov. 11— according to a criminal complaint from the FBI.

In the first few messages, Preble threatened to kill the senator in various ways, saying she would shoot Collins in the face, which prompted FBI Special Agent Michel J. Verhar and a member of the Bangor Police Department to visit the suspect’s home, according to the documents.

While Vehair described Preble as “hostile and generally uncooperative,” she was not arrested on that day, News Center Maine reported.. (RELATED: Republican Sen. Susan Collins Wins Reelection In Maine, Challenger Concedes The Race)

Preble told them because Collins had threatened her, she had the right to defend herself with “deadly force,” according to the documents. 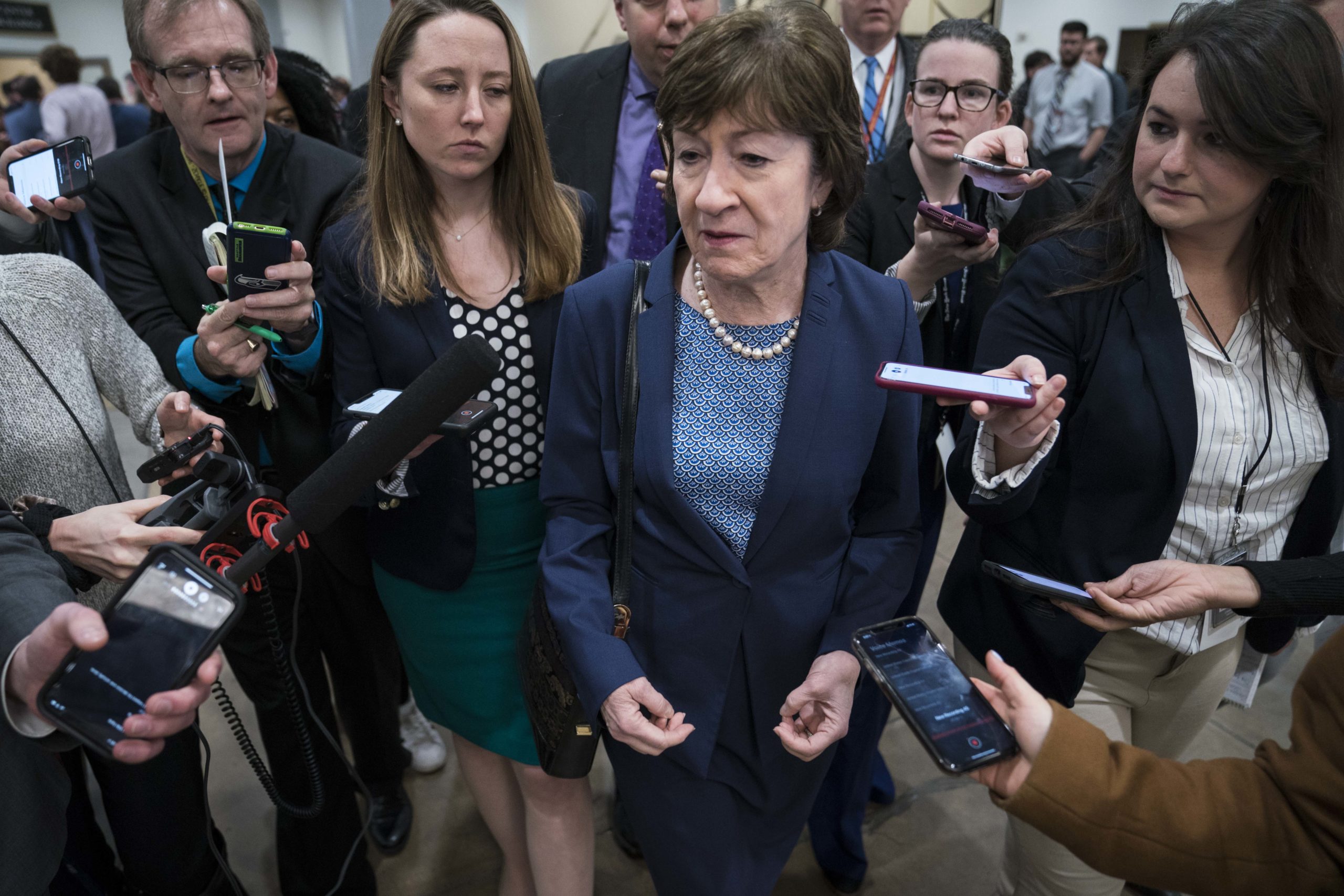 WASHINGTON, DC – FEBRUARY 05: Senator Susan Collins (R-ME) walks to the Senate subway following a vote in the Senate impeachment trial that acquitted President Donald Trump of all charges on February 5, 2020 in Washington, DC. After the House impeached Trump last year, the Senate voted on Wednesday to acquit the President on two articles of impeachment as the trial concludes. (Photo by Sarah Silbiger/Getty Images)

On Nov. 11, Preble left an additional six voicemails for Collins, stating that she would “stretch” the senator “by the neck” and “decapitate” her, as well as making another threat to shoot the Senator in the head, the FBI said.

Preble was arrested on Monday and faces two counts of interstate threats, because the server that stores Collins’ voicemails is outside the state, WAIB reported.

Collins’ office issued a statement regarding that incident saying, “Senator Collins and her husband, Tom Daffron, are grateful for the professionalism and quick response of local, state, and federal law enforcement officers,” WAIB said in the report.

This is not the first time Collins has received death threats.

Suzanne Muscara, 30, was sentenced to 30 months in prison just last month after sending the Senator white powder along with a handwritten note that read: “Anthrax!!! HA HA HA,” according to documents from the U.S. Attorney’s Office of Maine.

Collins also had a frightening incident during hearings to confirm Justice Brett Kavanaugh where she told the Washington Examiner a man had been waiting outside her townhouse late at night in the pouring rain.

The Senator won a surprise re-election victory on Nov. 4, helping the GOP’s chances of holding onto the Senate.