President-Elect Joe Biden will meet with Speaker of the House Nancy Pelosi and Senate Minority Leader Chuck Schumer in Wilmington, Delaware on Friday.

This will be Biden’s first in-person meeting with the Democratic leaders since being elected, Bloomberg first reported. Biden has had conversations with Pelosi and Schumer over the phone but not in-person. The three will reportedly meet at The Queen, a theater in Wilmington.

“On Friday, November 20, President-elect Joe Biden and Vice President-elect Kamala Harris will meet with Speaker of the House Nancy Pelosi and Senate Democratic Leader Chuck Schumer in Wilmington, Delaware, which will include a photo spray,” the Biden-Harris Transition team said in an email. 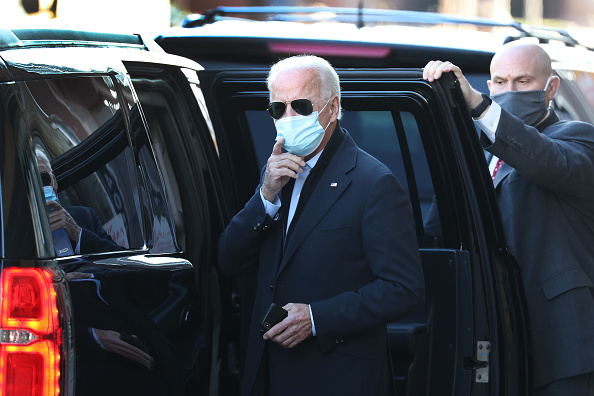 House Minority Leader Kevin McCarthy’s office confirmed that he has not had a conversation with president-elect Joe Biden despite him saying so in a press conference on November 10. In the press conference, Biden said he had spoken with both leaders of the House, hinting that he spoke with McCarthy and Speaker of the House Nancy Pelosi. However, The Daily Caller contacted McCarthy’s office, who confirmed Biden and McCarthy have not had spoken. (RELATED: ‘No Room For Politics’: Pfizer Is Actively Communicating With Biden Transition Team)