The Washington, D.C., government will begin giving grant money to help small businesses struggling during the pandemic in the coming weeks, the Washington Post reported Thursday.

The D.C. Council passed the Business Support Grants Emergency Amendment Act of 2020 in July. This act reportedly allows the government to take up to $100 million in funding from the CARES Act, a law providing funding to help amid the coronavirus pandemic. The final $20 million in federal CARES Act money will be used to fund the program, called the “Bridge Fund,” along with $80 million from a local contingency fund, the Washington Post reported.

Had the remaining $20 million in federal CARES Act funding not been used, D.C. would have been forced to return it to the U.S. government by Dec. 30, according to the same report. (RELATED: Republicans Offered 4 Coronavirus Stimulus Deals. Democrats Rejected Every Single One) 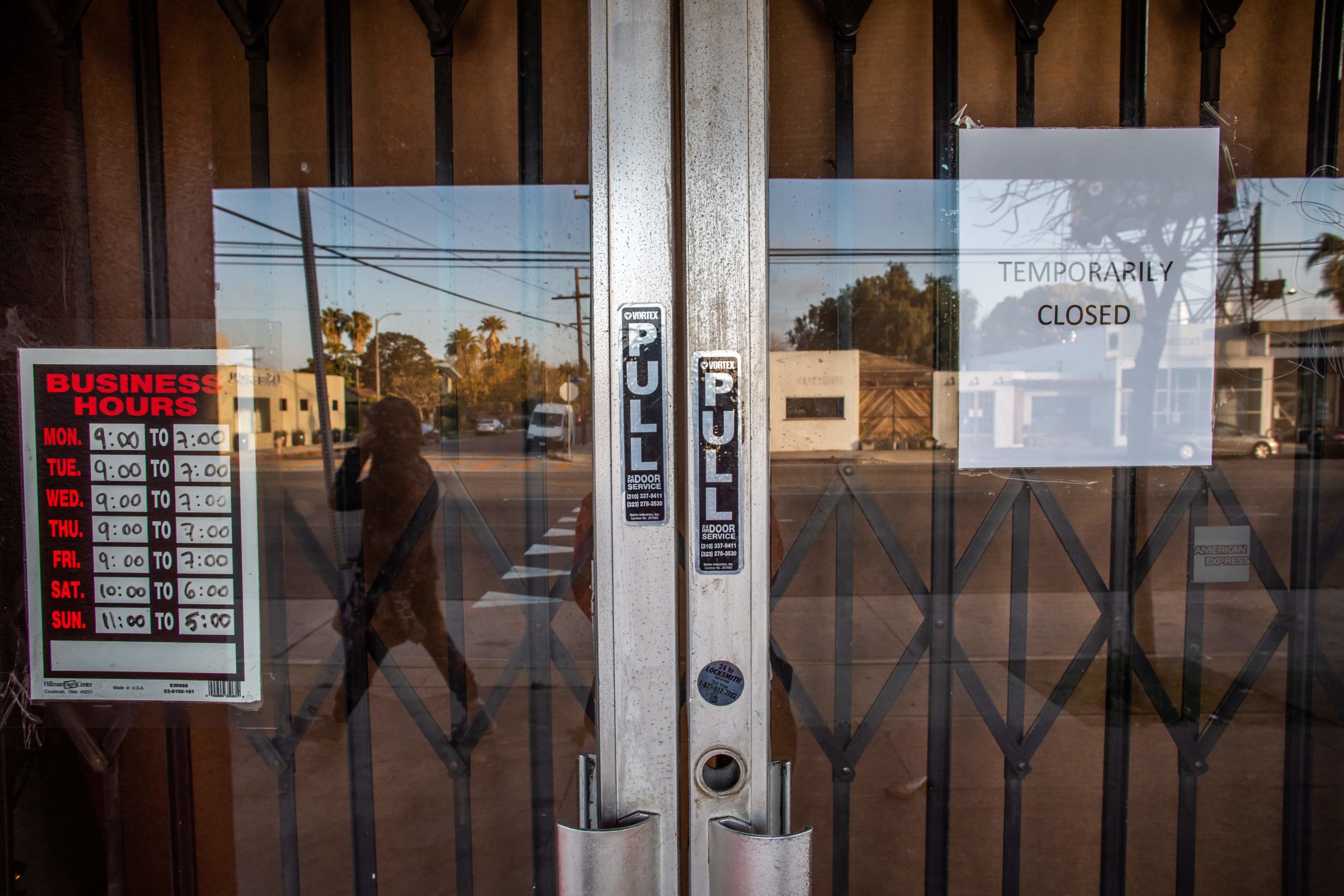 A framing art gallery is closed in Venice Beach, California’ during the COVID-19 novel coronavirus on April 01, 2020. – Another 6.65 million US workers filed for unemployment benefits last week, the most ever recorded, as the coronavirus forces businesses to shut down nationwide, the Labor Department reported on April 2, 2020. (Photo by Apu Gomes/AFP via Getty Images)

Local businesses, including restaurants, hotels, entertainment businesses and retail stores will reportedly be allowed to apply for grant money within weeks.

“The reason we are calling this the Bridge Fund, and Mayor Bowser was specific about that, is because we want these businesses, we need them to survive until we get to that new normal because of the people they employ,” John Falcicchio, the deputy mayor for planning and economic development and D.C. Mayor Muriel Bowser’s chief of staff, told the Post.

The funds will reportedly be allocated in stages. Hotels will be the first businesses to receive funding beginning Monday, according to the Post. City officials reportedly expect the $30 million allocated for hotels will be split between about 140 businesses, with each hotel receiving between $10,830 to $270,750, based on the number of rooms. The report further states that 80% of the funding will go towards payroll.

Restaurants will be the second group of businesses to receive funding, according to the Post. A sum of $35 million has been set aside for around 700 restaurants, which can begin applying for grant money Dec. 7, the Post reported. Each restaurant can reportedly receive between $10,000 and $50,000.

Another $15 million will be allocated for retail businesses, the Post reported, which can begin applying for grant money Dec. 15. Up to 575 retail businesses will receive between $5,000 – $25,000. The entertainment industry, including venues and event planners, can begin applying Dec. 21, according to the Post. Another $20 million is reportedly allocated for entertainment businesses, which can receive between $4,000 and $100,000.

As coronavirus cases continue to rise and more places are implementing restrictions, the D.C. government is reportedly hopeful that the grant money will help businesses survive during a bleak winter. (RELATED: Florida Man Charged For $24 Million COVID-19 Relief Fraud)

“We announced these because we know the businesses are right now struggling and we also know that the days ahead can be significant for them, too,” Democratic D.C. Mayor Muriel Bowser said at a news conference Wednesday, according to the Post. She also said that new coronavirus restrictions would be implemented in D.C. “soon.”

The nation’s capital has lost 56,400 jobs over the past year, according to the office of the Deputy Mayor of Planning and Economic Development. Hospitality, retail and entertainment businesses were hit hardest by job losses, with 63% of job losses coming from those industries, the Post reported.