The “charter of republican values” must be accepted within 15 days by the French Council of the Muslim Faith (CFCM), which has agreed to create a National Council of Imams, according to the BBC. As part of France’s crackdown on radical Islamism, a stipulation of the agreement is official accreditation of imams, which can be withdrawn. 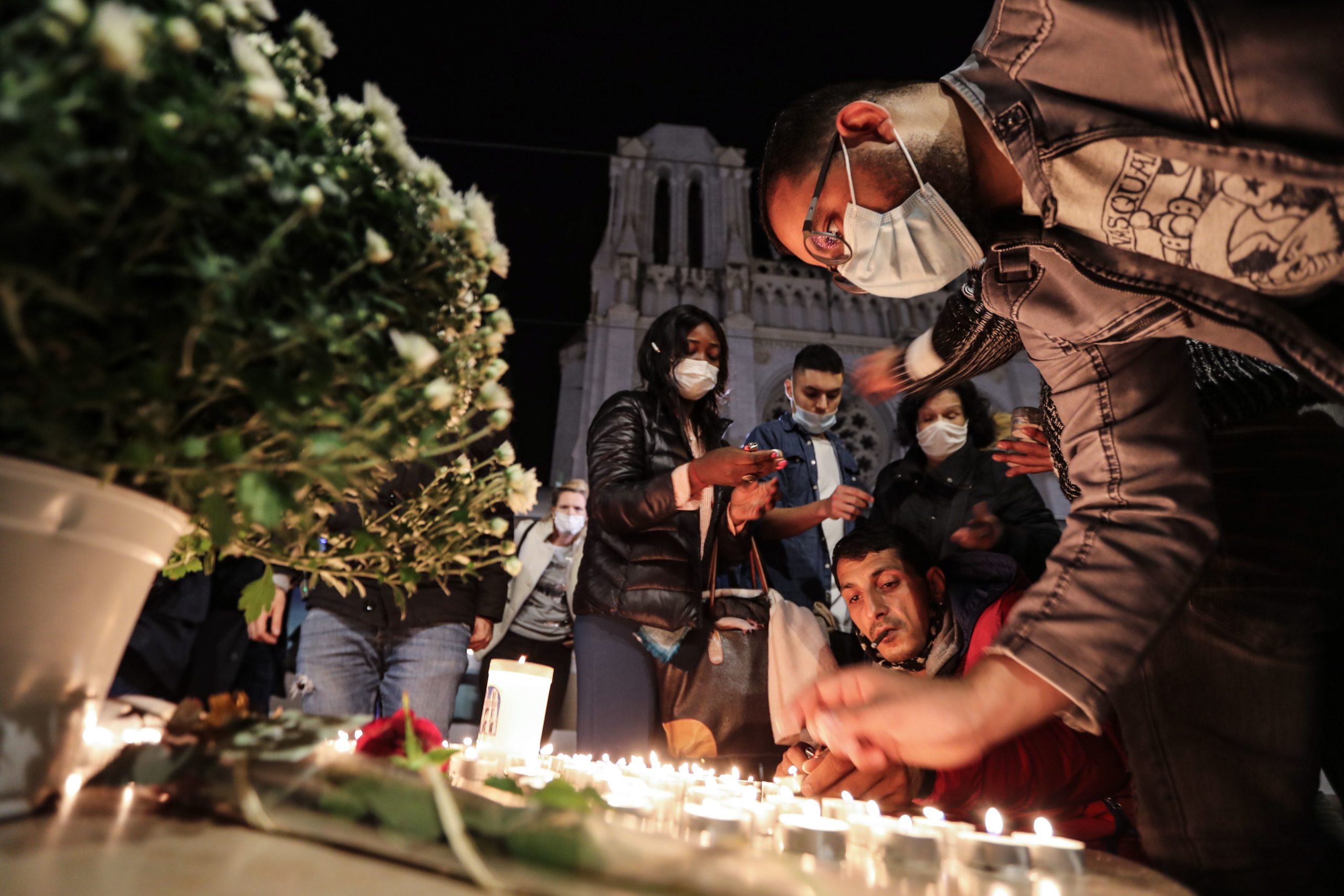 TOPSHOT – People lights candle outside the Notre-Dame de l’Assomption Basilica in Nice on October 29, 2020 in tribute to the three victims of a knife attacker, cutting the throat of at least one woman, inside the church of the French Riviera city. (Photo by VALERY HACHE/AFP via Getty Images)

Other requirements in the charter include accepting Islam as a religious and not a political movement and banning “foreign interference” in Muslim groups, such as mosques.

“Two principles will be inscribed in black and white [in the charter]: the rejection of political Islam and any foreign interference,” a source told the Le Parisien newspaper following the Wednesday meeting between Macron, French Interior Minister Gérald Darmanin and eight CFCM leaders.

The efforts come after multiple terror attacks in France in October, inclding the beheading of Samuel Paty, a teacher who was targeted after showing students the caricatures of the Prophet Muhammad published by the Charlie Hebdo satire magazine in 2015 during a lesson on freedom of speech. Roughly two weeks later, a Tunisian migrant killed three people at a church in Nice.

The French government has targeted “radical Islamism” in the country by cracking down on foreign financing of mosques and private religious schools. It also investigated 51 French Muslim organizations following the death of Paty. (RELATED: Beheading Of French Teacher And Nice Church Terror Attack Linked, Officials Say) 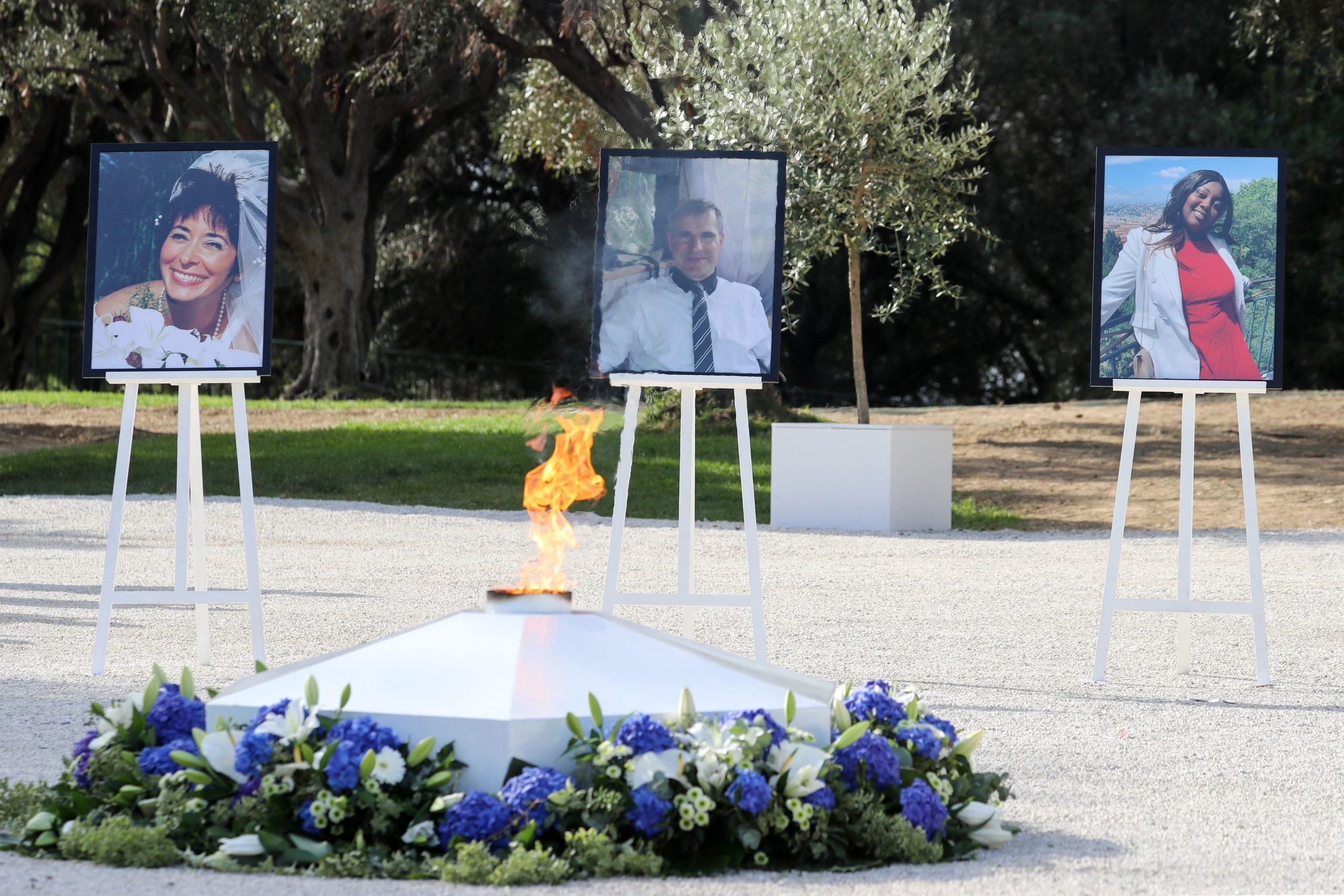 This picture taken on November 7, 2020, in Nice, during a ceremony shows the portraits of the three victims of an attack at Notre-Dame de Nice Basilica on October 29, 2020, (fromL) Nadine Devillers, Vincent Loques and Simone Barreto Silva. (Photo by VALERY HACHE/POOL/AFP via Getty Images)

“We must save our children from the clutches of the Islamists,” Darmanin told the Le Figaro newspaper on Wednesday, according to the BBC.

In early October, Macron announced that draft legislation for a law aimed at ridding France of what authorities have called a “parallel society” of radical Muslims would be introduced in December.

He has coined the term “separatism” to describe this segment of society, which he says threatens a secular France. Along with barring foreign imams and increasing surveillance of groups suspected of “separatism,” the bill would also ban efforts threatening gender equality, like pre-marriage “virginity certificates” for Muslim women, according to Deutsche Welle. The certificates are provided by doctors to some Muslim women ahead of marriage.

Macron also called for Europe to re-think its Schengen Area open-border system in November after the recent Islamic terror attacks across the continent.