Protesters filed a lawsuit Thursday against the city of Chicago and the Chicago police over tactics that the police used during the demonstrations that erupted following the death of George Floyd.

More than four dozen people allege in the 205-page lawsuit that Chicago police responded to protests “with brutal, violent, and unconstitutional tactics that are clearly intended to injure, silence, and intimidate Plaintiffs and other protesters,” the Associated Press reported. 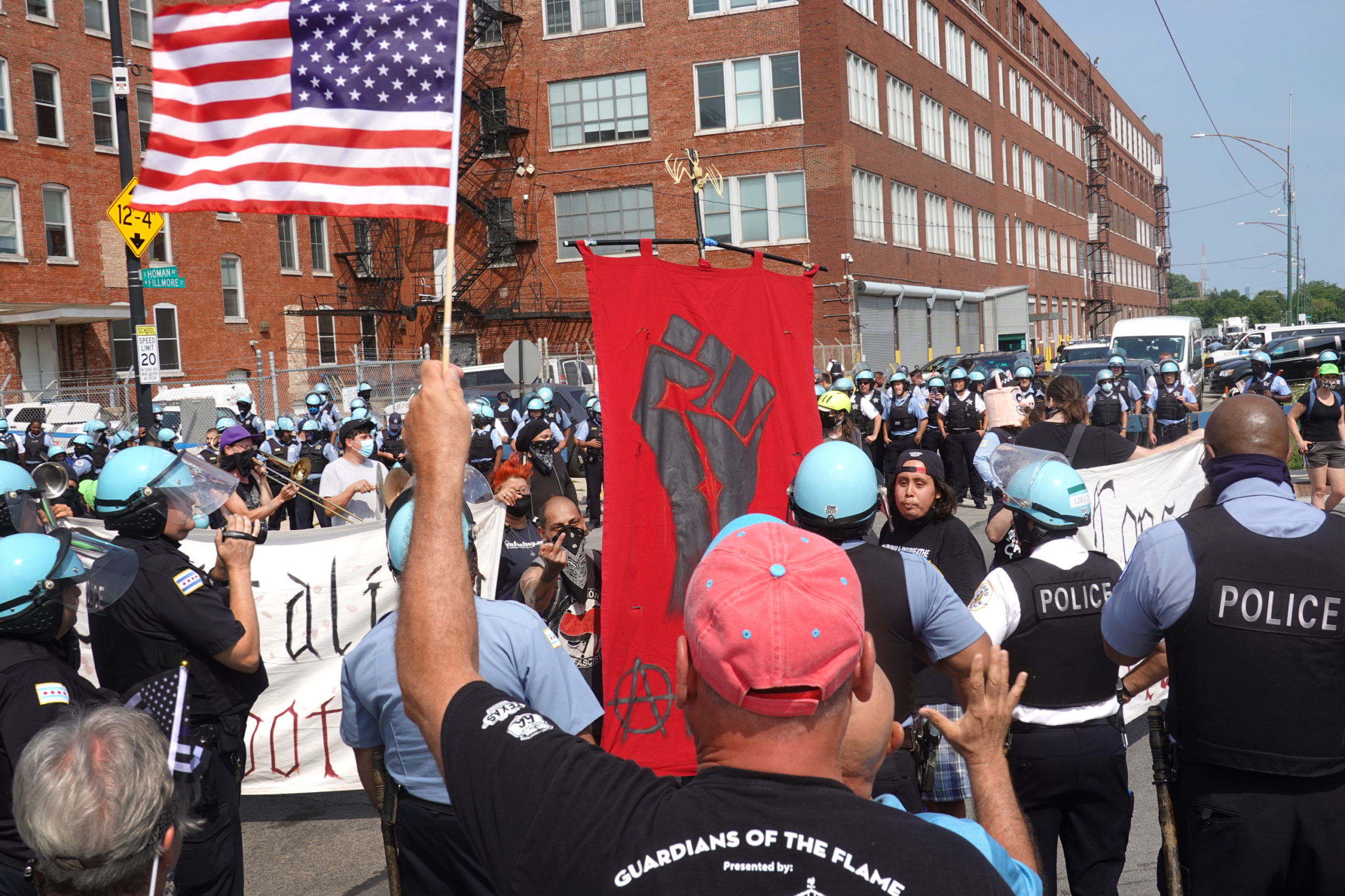 Police separate pro and anti police demonstrators during a protest on August 15, 2020 in Chicago, Illinois. The demonstration was one of several in the city today, either in support of or in opposition to police. (Photo by Scott Olson/Getty Images)

“It is important to remember that these are allegations at this stage and not proof,” Chicago law department spokesperson Kathleen Fieweger told the Associated Press. “We will review the complaint thoroughly, and each allegation it contains, once we have been served and respond through the courts as appropriate.”

Fieweger said that the law office had not yet been served with the lawsuit.

“From what I saw, they only took appropriate action when confronted with violence,” Brown said over the summer about the actions of his officers. Brown also said video showed protesters attempting to provoke a violent response from police by throwing projectiles and other objects at them, as well as changing clothes to hide their identities and using umbrellas to prevent being filmed, according to the report.

The lawsuit said that “CPD’s response to the summer 2020 protests is consistent with the CPD’s longstanding policies and practices of using abusive tactics and excessive force against protesters.”

In 2016, police allegedly used excessive force at a protest at the University of Illinois-Chicago over a speech from then-presidential candidate Donald Trump, whose appearance was eventually canceled due to security concerns, the lawsuit said.

Other instances of police brutality occurred during the race riots of 1919 and during confrontations at the 1968 Democratic National Convention, the attorneys representing the protesters said.