A number of senior Department of Defense (DoD) officials including Acting Defense Secretary Christopher Miller were exposed to coronavirus following a meeting with a foreign diplomat this week, and one official has tested positive.

“We have and are continuing to conduct further contact tracing of DoD personnel who have had close contact with the Lithuanian delegation or Mr. Tata, and are taking appropriate precautions in accordance with CDC guidelines,” a Pentagon spokesman said in a statement. “Additionally, DoD personnel who had contact with the delegation have received or are receiving at this time rapid COVID tests as deemed necessary based on CDC protocols. Additional necessary testing for individuals who had contact with Mr. Tata is ongoing.” (RELATED: Trump Performs ‘Near Total Decapitation’ Of Pentagon Leadership As Speculation Swirls Around Afghanistan) 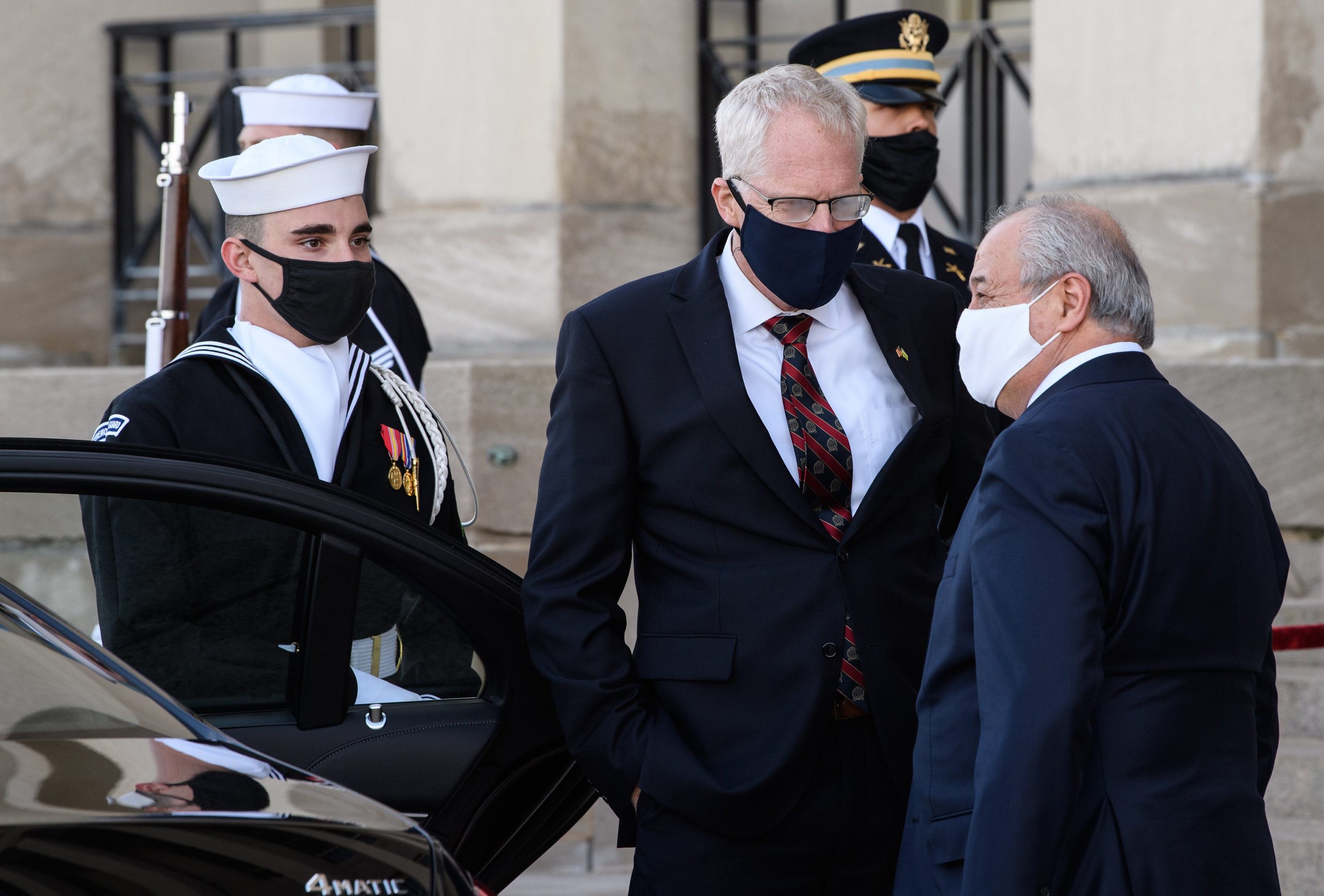 Karabolis did not test positive until returning to Lithuania, and the Pentagon further stated that they will report any additional positive cases that stem from the meeting, which was also attended by Miller, Air Force Secretary Barbara Barrett, Army Secretary Ryan McCarthy and Navy Secretary Kenneth Braithwaite.

President Donald Trump installed Miller as a replacement to former Secretary Mark Esper, who was fired shortly after the 2020 election. Esper had publicly crossed Trump over his use of federal assets to police riots and protests across the nation over the summer. Trump handpicked Miller, who is concurrently serving as the National Counterterrorism Center director, to expedite his troop withdrawal from Afghanistan and Iraq.

He wrote in a recent statement that the U.S. is “on the verge of defeating al-Qaida and its associates, but we must avoid our pas strategic error of failing to see the fight through to the finish.”

“This is the critical phase in which we transition our efforts from a leadership to supporting role,” Miller claimed. “All wars must end. Ending wars requires compromise and partnership. We met the challenge; we gave it our all. Now, it’s time to come home.”