Lara Trump is reportedly eyeing a 2022 Senate bid in her home state of North Carolina.

Multiple allies of Trump told The New York Times Thursday that she has brought up the idea of running for the seat to succeed incumbent Republican Sen. Richard Burr, who is retiring at the end of his term.

The race is likely to be one of the most competitive of the 2022 cycle after North Carolina emerged as a sought-after battleground by Republicans and Democrats. President Donald Trump and President-elect Joe Biden campaigned frequently in the state, and Trump won by only 1.3 points. 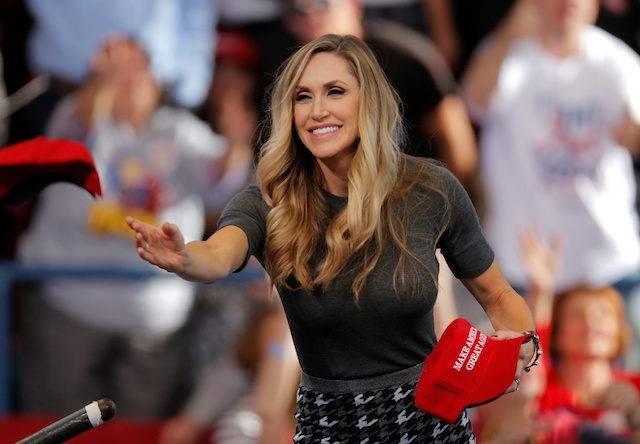 North Carolina also featured competitive down ballot races in 2020, according to the Times, where Republican Sen. Thom Tillis and Democratic Gov. Roy Cooper each won reelection by only 1.8 and 4.5 points, respectively.

Former White House counselor Kellyanne Conway told the Times that Trump would be a “formidable” candidate.

“She has the trifecta: she can raise money, raise awareness of key issues and raise attention to her race,” Conway added. “Unlike many typical politicians, she connects with people and is a compelling messenger.” (RELATED: Lara Trump Addresses Rumors About Congressional Bid)

If she runs, however, Trump could face a competitive Republican primary that includes White House Chief of Staff Mark Meadows and Lt. Gov. Dan Forest, who came up short in his race for governor.

Republican Reps. Mark Walker and George Holding did not run for reelection after redistricting left their districts overwhelmingly Democratic, according to the News & Observer. The two former representatives have also not ruled out Senate runs as well, according to local reports.