Hogan called the purchase “an exponential, game-changing step forward” and said in his memoir, which was published over the summer, that “no one knew how many lives those 500,000 tests might save, but it would be a lot.” (RELATED: Maryland Gov. Larry Hogan Negotiates Deal With South Korea For 50,000 COVID-19 Test Kits) 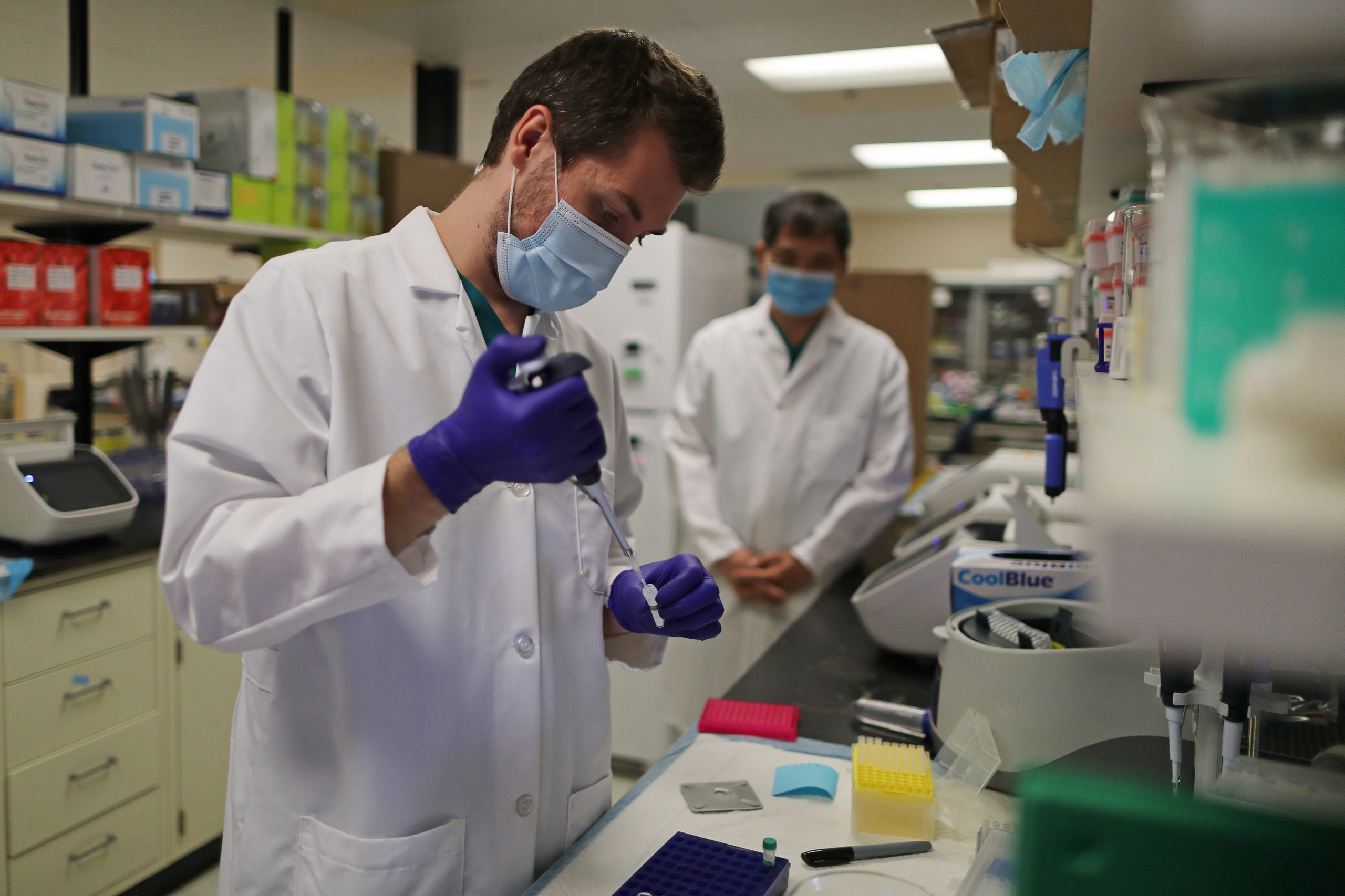 Lab Technician Carter Tavaglione prepares a solution that will be used to process coronavirus test samples at Advagenix, a molecular diagnostics laboratory, on August 05, 2020 in Rockville, Maryland.  (Photo by Chip Somodevilla/Getty Images)

“The successful mission got tons of attention in the national media,” Hogan wrote when talking about the tests arriving at the Baltimore-Washington International Marshall Airport in April, according to the Washington Post.

Once it became clear that the tests were flawed and couldn’t be used, Hogan’s administration used an additional $2.5 million to pay the same company for replacement tests, the Post reported. The problems with the initial purchase were hidden from the state legislature, state spending authorities, and the public, according to public testimony, emails, and other records.

One of the two private labs that were offered the tests for free declined because they took too long to process. However, the other lab has used 370,000 of the replacement tests, a state official said Wednesday.

The University of Maryland declined to use the replacement South Korean tests because there was an issue with suspected false-positive results.

Mike Ricci, a spokesman for Hogan, told the Washington Post that Hogan and his aides had kept Maryland residents “updated often on the progress we are making in our long-term testing strategy.”

The original tests “could have been used through a custom lab process, but this would have taken longer than purchasing the upgraded kits,” Ricci added.

“It’s incredibly frustrating that the administration seems to have taken very obvious measures to avoid accountability and oversight of these tests,” said Democratic State Sen. Clarence K. Lam, who is the only physician in the Senate. “We spent a lot of money on these tests, and to not be able to have forthcoming answers as to how they were used while people were dying is just unconscionable.”