An advocacy group is warning parents about Parler, a social media app that has been touted as a free-speech platform and alternative to Twitter.

Parents Together Action warned parents about the surging popularity of the app in the wake of the presidential election and its “extremist user base and almost non-existent moderation of content” in a statement published Thursday.

“Parents should know that due to Parler’s dangerous combination of an extremist user base and almost non-existent moderation of content, hate speech, incitements to violence and disinformation about the election results are pervasive on the platform,” the statement said. 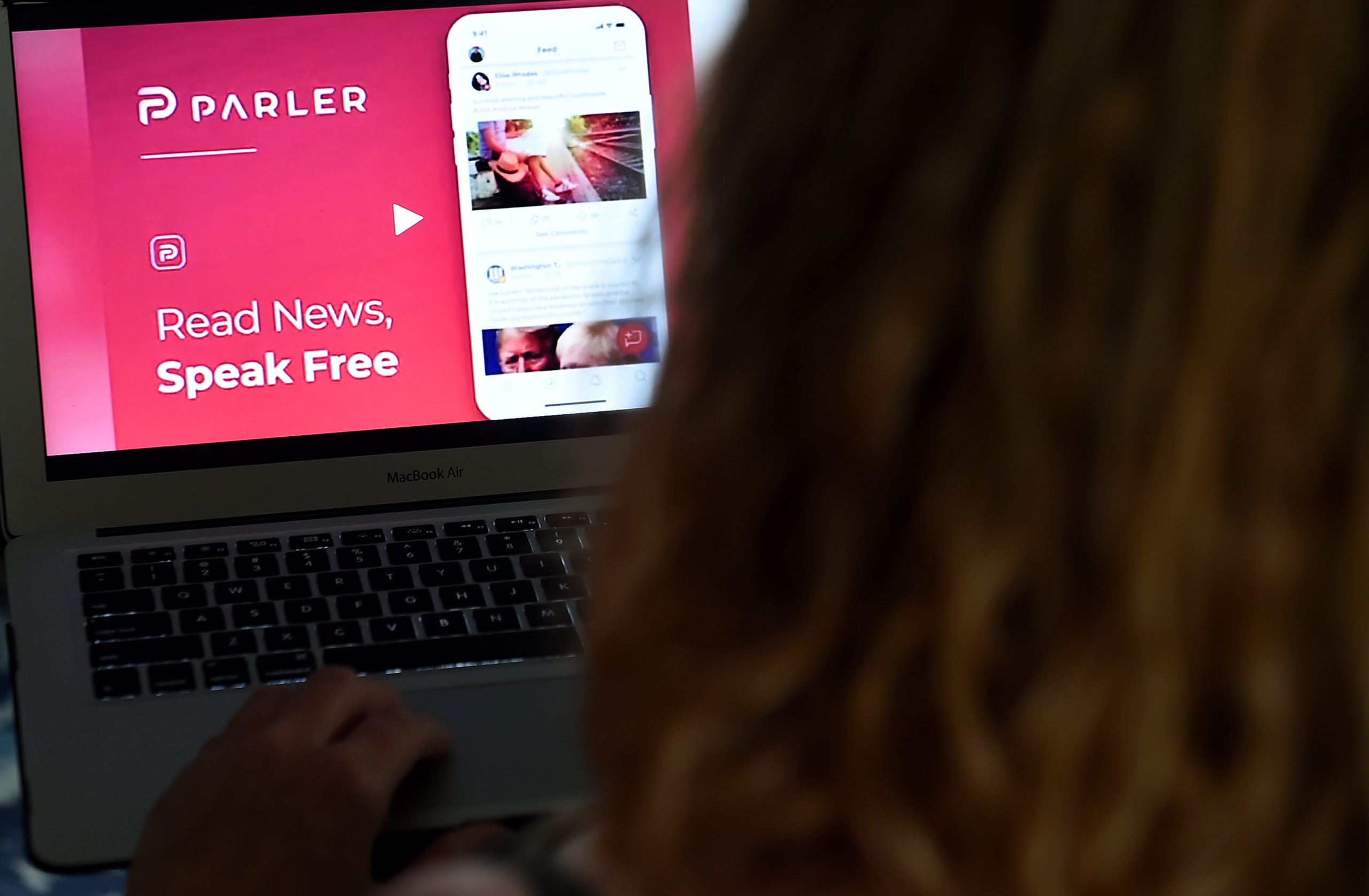 This illustration picture shows the social media website from Parler displayed on a computer screen in Arlington, Virginia on July 2, 2020. – (Photo by OLIVIER DOULIERY/AFP via Getty Images)

Parler was launched in 2018 and is branded as a free-speech alternative to other popular social media apps like Facebook and Twitter. The app has a hands-off approach that has appealed to many right-leaning and libertarian social media users who criticized Twitter’s restrictions on content they deem misleading or dangerous, the Wall Street Journal reported. Parler leaves most moderation up to users, but removal of threats of violence or illegal activity is handled by volunteers.

But Parents Together Action says that posts calling for violence following President Donald Trump’s defeat in the election have become rife. It points to examples of posts calling for former president Barack Obama to be killed, and posts with hashtags referencing civil war. (RELATED: These Start-Up Companies Are Looking To Take Down Big Tech)

It also says that Parler’s user base includes white supremacists, violence extremists and conspiracy theorists, naming Laura Loomer and Proud Boys as examples and referencing The Bulwark’s reporting on racist user names on the app.

The group also accuses Parler of actively encouraging disinformation by not having stricter content moderation policies, and criticizes the app for not enforcing rules that it does have on sexualization of minors or threats of violence, among other guidelines.

“The community guidelines prohibit the app from being used as a ‘tool for crime, civil torts, or other unlawful acts,’ but they do not explicitly address violence, bigotry, racism, hate speech, or disinformation and an overwhelming amount of content on the site that encourages this behavior is allowed to flourish,” the statement says.

The group urged parents to check their childrens’ electronic devices for the app, and if found, to delete their account and the app.