Republican Florida Sen. Rick Scott tested positive for coronavirus Friday and said he will be self-quarantining and working from home.

Scott released a statement Friday morning, saying he tested positive for COVID-19, saying that he is feeling fine while experiencing mild symptoms. Scott had previously tested negative multiple times in the previous day, but the first positive test came back Friday.

“After several negative tests, I learned I was positive this morning. I am feeling good & experiencing very mild symptoms. I will be working from home in Naples until it is safe for me to return to DC,” Scott said in a statement. 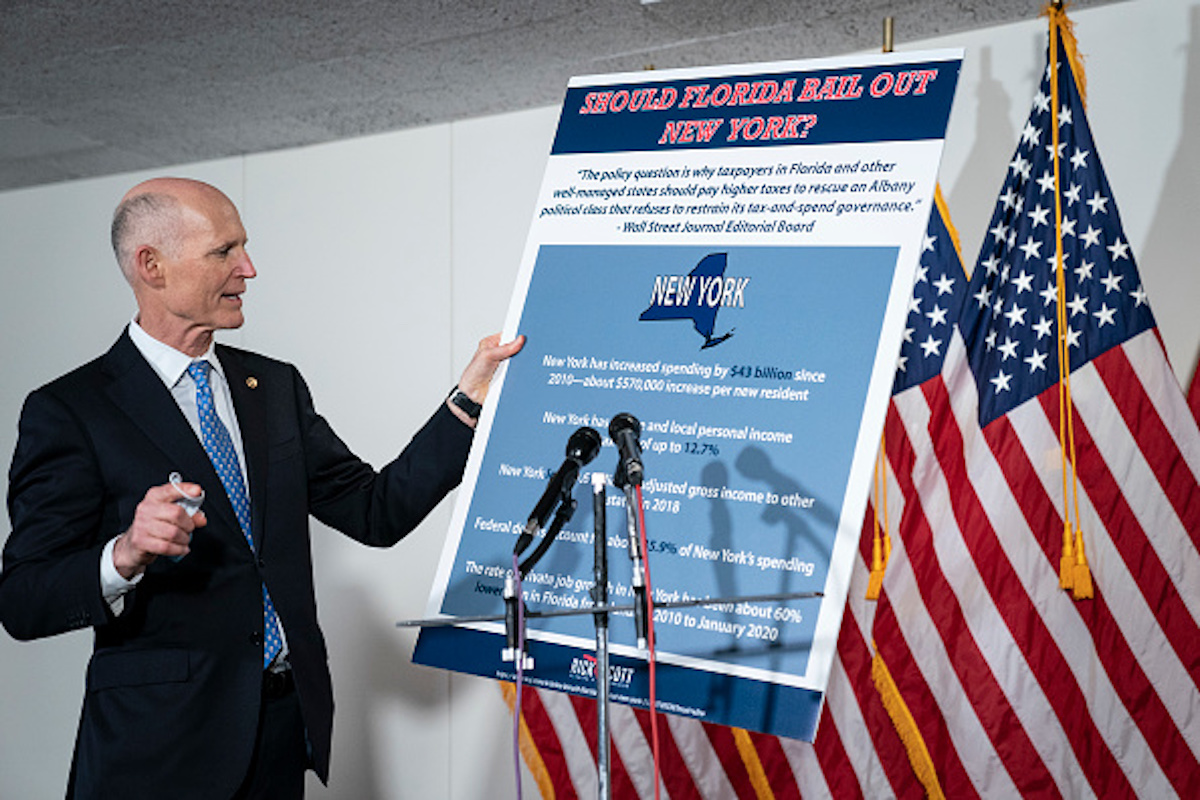 Sen. Rick Scott (R-FL) talks to reporters as he arrives for a meeting with GOP Senators in the Hart Senate Office Building on Capitol Hill, May 19, 2020 in Washington, DC. (Photo by Drew Angerer/Getty Images)

Democratic Illinois Rep. Cheri Bustos was the last member of congress to test positive for coronavirus, making an announcement Monday that she will be working from home until she recovers. Bustos serves as the chairwoman of the Democratic Congressional Campaign Committee (DCCC).