President-elect Joe Biden’s pick to lead the Department of Homeland Security was accused in a government watchdog report during the Obama administration of exerting improper influence to help high-profile Democrats navigate a government visa program to help their wealthy foreign investors.

Biden’s transition team announced on Monday that he will pick Alejandro Mayorkas, the former deputy secretary of homeland security, to lead the agency.

Mayorkas, who also served as director of U.S. Customs and Immigration Services (USCIS) during the Obama administration, is credited as the architect of the Deferred Action for Childhood Arrivals (DACA) program, which granted permanent resident status to illegal aliens who were brought to the U.S. as children.

Mayorkas was investigated during the Obama administration over his role helping prominent Democrats navigate the EB-5 visa program.

The program grants green cards to foreigners who invest at least $500,000 in American companies. It has come under intense scrutiny, with critics alleging that it is rife with fraud. 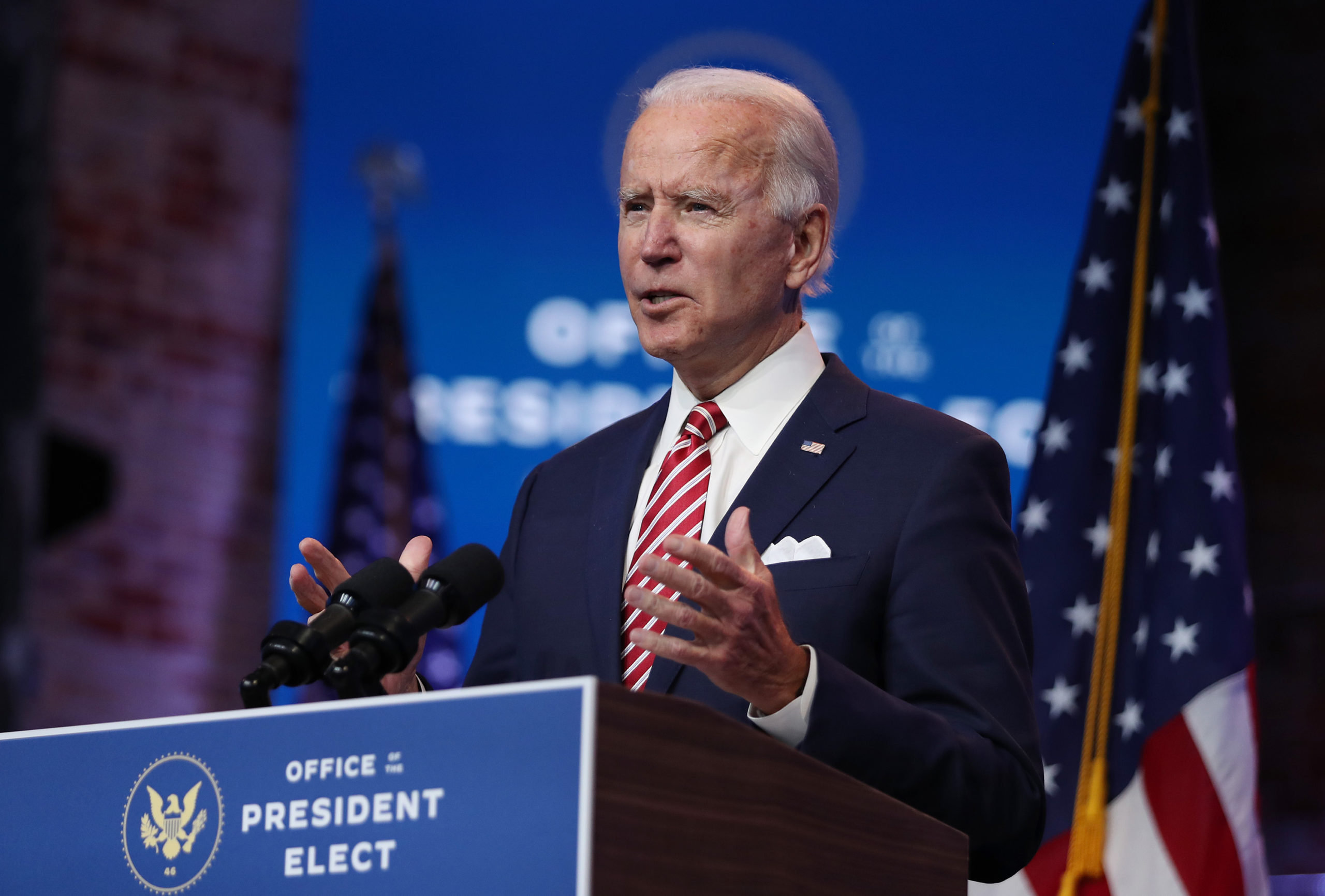 U.S. President-elect Joe Biden delivers remarks about the U.S. economy during a press briefing at the Queen Theater on November 16, 2020 in Wilmington, Delaware. (Joe Raedle/Getty Images)

The DHS inspector general (IG) found that Mayorkas “exerted improper influence” in his handling of visas sought by GreenTech Automotive, a car company controlled by Terry McAuliffe, the former chairman of the DNC and former Virginia governor, and Tony Rodham, the brother of Hillary Clinton.

“Mayorkas communicated with stakeholders on substantive issues, outside of the normal adjudicatory process, and intervened with the career USCIS staff in ways that benefited the stakeholders,” the IG said in a report released on March 24, 2015. (RELATED: Mayorkas Gave Special Favors To Hillary Clinton’s Brother, IG Report Says)

The report also criticized Mayorkas over his interactions in 2013 with then-Senate Majority Leader Harry Reid regarding an EB-5 application for a casino represented by the Democrat’s son, Rory Reid.

Mayorkas has denied any wrongdoing, saying during a congressional hearing in July 2013 that the allegations that he helped political allies were “unequivocally false.”

Mayorkas could face resistance from Senate Republicans during his confirmation vote.

Republicans tried unsuccessfully in 2013 to block a vote to confirm Mayorkas as deputy director of DHS. They cited the ongoing inspector general’s investigation into Mayorkas’ handling of the EB-5 program.

Biden’s transition team announced several other selections for Cabinet and White House positions. Tony Blinken will be nominated to be secretary of state, and Jake Sullivan will be Biden’s national security adviser.