Yellen, 74, who was the first woman to serve as Federal Reserve chair after she was confirmed by the Senate in 2014, would be the first woman to head the Treasury Department, according to CNBC. Yellen is widely considered to be a “safe” pick with a high likelihood of confirmation by a closely divided Senate.

“She’s well liked, but she gets her way,” economic-advisory firm MacroPolicy Perspectives founder Julia Coronado told The Wall Street Journal. “One of her underappreciated talents is the ability to drive a consensus in pretty convincing ways. She got stuff done.” (RELATED: Biden Transition Fails To Disclose Tony Blinken’s Involvement In Lucrative Consulting And Private Equity Firms)

President-elect Joe Biden hinted that his pick for treasury secretary would be widely accepted within the Democratic Party on Thursday, according to The WSJ. Progressive Sen. Elizabeth Warren was floated as a possible pick for the Treasury Department, but was passed over due to the party division within the Senate, CNBC reported. 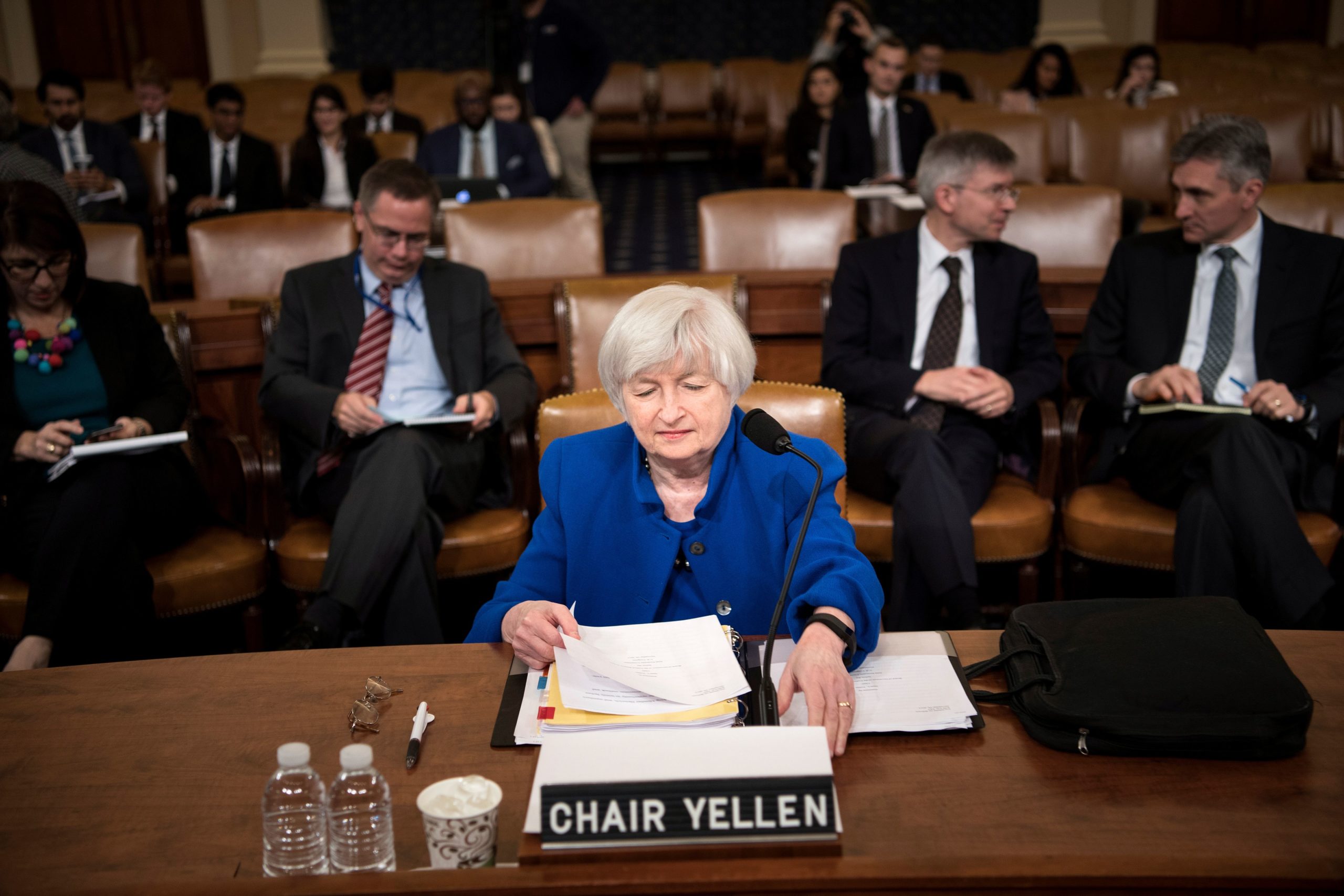 Former Federal Reserve Chairwoman Janet Yellen looks at her papers before a hearing of the Joint Economic Committee on Capitol Hill, in November 2017. (Brendan Smialowski/AFP via Getty Images)

“If she becomes secretary, when she goes into a room with finance ministers from other countries, she’s going to be the best prepared person in the room — probably the smartest person, too, but certainly the best prepared,” said Alan Blinder, a former Federal Reserve vice chairman who served with Yellen, according to The WSJ.

Yellen will be tasked with leading the U.S. economy back from the devastating toll caused by the coronavirus pandemic, according to The WSJ. Millions of Americans remain unemployed and job growth has slowed.

She recently supported the idea that Congress should guide the economic recovery by increasing spending, The WSJ reported. She said it was the role of Congress to fight unemployment and support small businesses by spending more.

“There is a huge amount of suffering out there. The economy needs the spending,” she said in September, according to The WSJ.

Following the report that Biden would pick Yellen for Treasury secretary, the stock market jumped, according to CNBC.