Democratic California Sen. Dianne Feinstein will reportedly step down as the top Democrat on the Senate Judiciary Committee.

Three people familiar say she will step down soon, according to Politico. A number of Democratic senators reportedly criticized Feinstein, saying she was not the right person to serve as the top Democrat for the Supreme Court nomination hearings of now-Justice Amy Coney Barrett.

Senate Minority Leader Chuck Schumer also said he had a “long and serious” talk with Feinstein after the hearings.

In a Politico article published in late September, Democratic senators heavily criticized Feinstein while speaking on the condition of anonymity. One of the senators even allegedly said there is no way Feinstein could pull off leading the hearings for Democrats.

“She’s not sure what she’s doing,” one Democratic senator allegedly said of Feinstein. “If you take a look at Kavanaugh, we may be short two senators because of that. And if this gets [messed] up, it may be the same result. I think it could impact a number of seats we can win.”

Another Democratic senator reportedly said, “she can’t pull this off.” 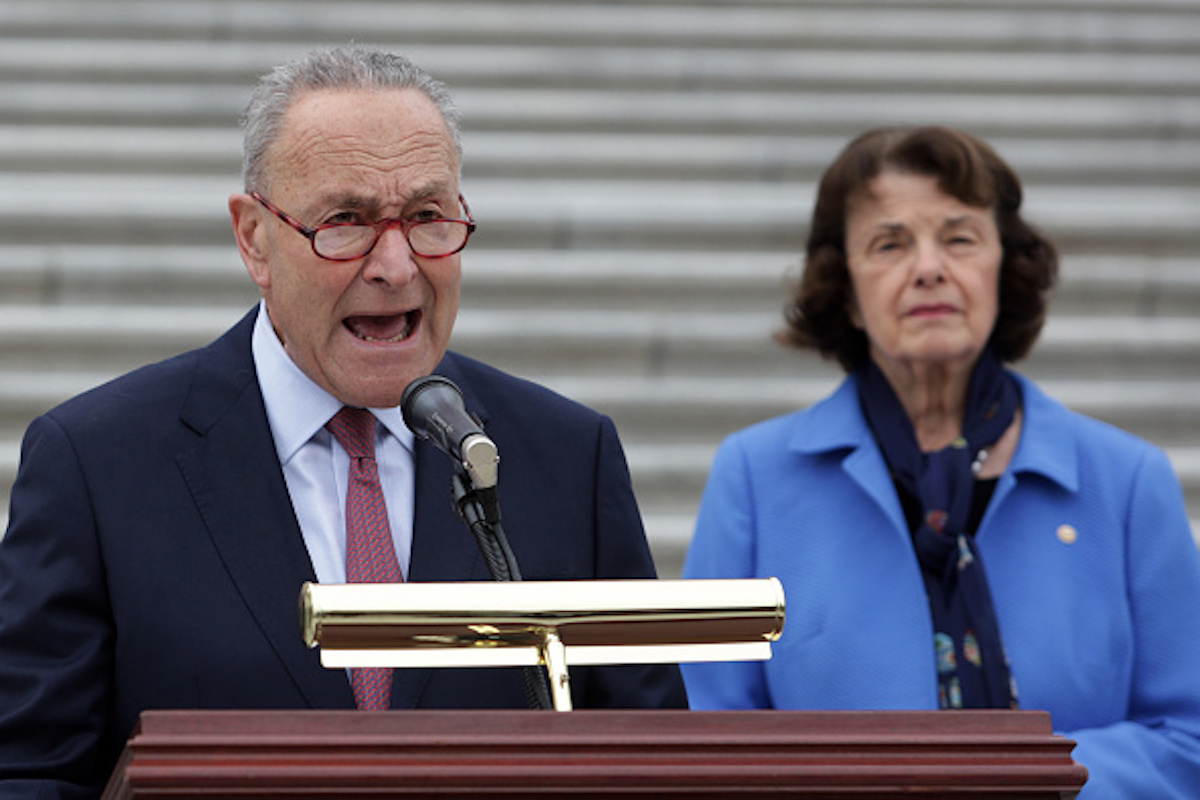 Senate Minority Leader Sen. Chuck Schumer (D-NY) speaks as Sen. Dianne Feinstein (D-CA), ranking member of Senate Judiciary Committee, listens during a news conference in front of the U.S. Capitol after a boycott of the Senate Judiciary Committee hearing on the nomination of Judge Amy Coney Barrett to the U.S. Supreme Court on October 22, 2020 in Washington, DC. (Photo by Alex Wong/Getty Images)

Feinstein was responsible for leading the hearings for the Democrats and responded to the criticism beforehand.

“And so it’s difficult for me to see, I don’t know what people expect,” Feinstein said to Politico. “I’ve been on the committee for a while. I’ve seen how the committee works and I’ve seen how other chairs on our side of the aisle work. I don’t see, to be very blunt and honest, I don’t see a big difference. I’m prepared, so that’s puzzling to me.” (RELATED: ‘Urge You To Delay Consideration’ — Sen. Feinstein Formally Asks To Delay Amy Coney Barrett’s Confirmation)

Feinstein’s office did not immediately respond to the Daily Caller when asked if she would be stepping down.