Joshua Wong, Ivan Lam, and Agnes Chow have been taken into custody and are expected to be sentenced on Dec. 2nd. The group was charged for leading, inciting, and organizing an unauthorized protest of thousands of people outside police headquarters in June of 2019, reported AP News.

Those found guilty of unlawful assembly in Hong Kong could face up to five years in prison, according to the Los Angeles Times. (RELATED: Police Fire Tear Gas As Hongkongers Protest Anniversary of Chinese Communist Rule)

Joshua Wong, 24, wrote in a Facebook post that he decided to plead guilty after reviewing the prosecution’s evidence and consulting a legal team, according to The New York Times.

Before the court hearing, Wong stated, “I am persuaded that neither prison bars, nor election ban, nor any other arbitrary powers would stop us from activism…What we are doing now is to explain the value of freedom to the world … so much that we are willing to sacrifice the freedom of our own. I’m prepared for the thin chance of walking free,” according to the Los Angeles Times. (RELATED: Hong Kong Democracy Protestors Support Trump, View Biden as Weak)

Agnes Chow also posted to Facebook saying, “Although I am mentally prepared, I still feel a little bit scared. However, compared to many friends, I have suffered very little. When I think of this, I will try my best to face it bravely”. 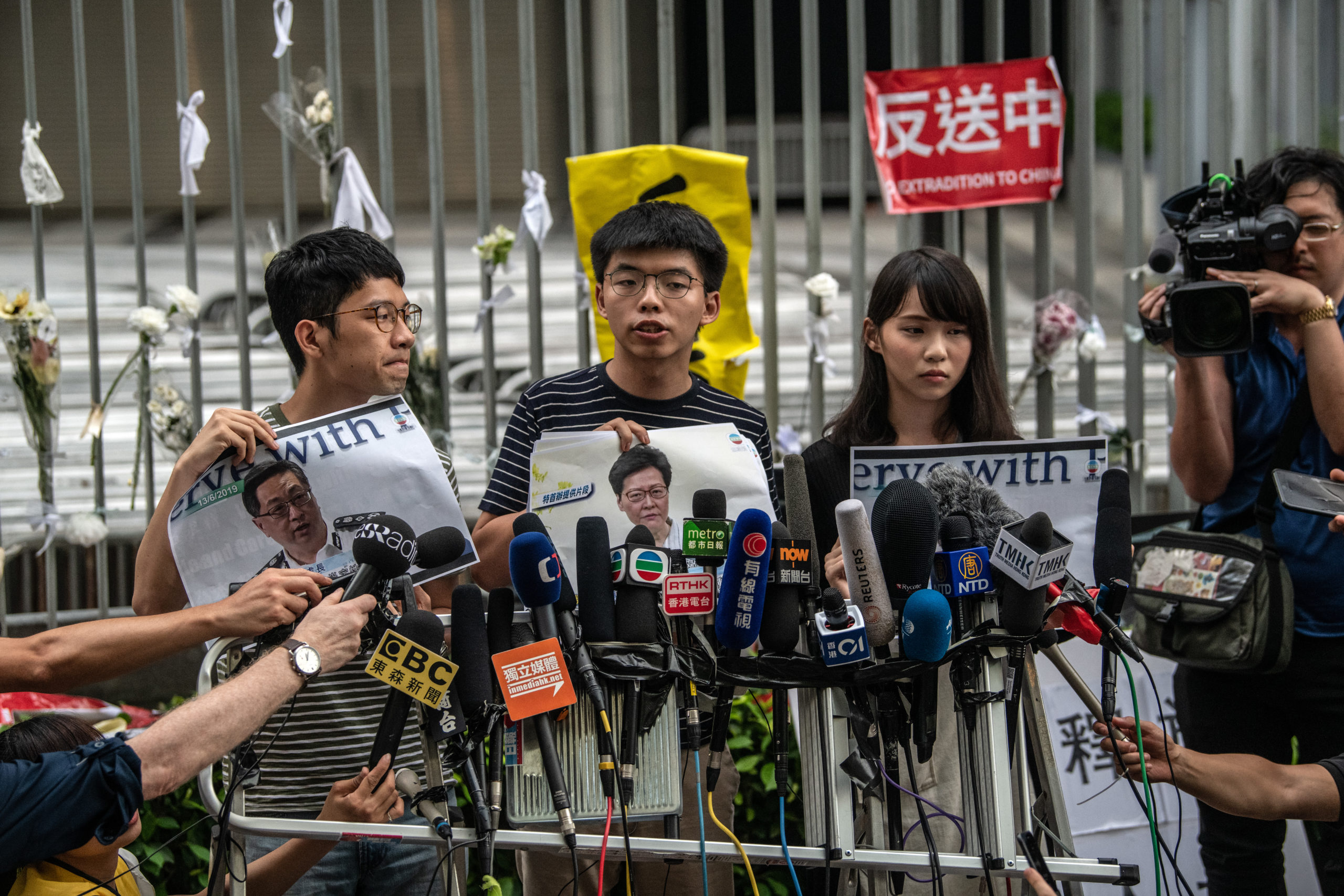 Wong had previously been jailed three other times due to other protest-related charges, and he said Monday that he was prepared to return to jail, reported The New York Times.

Wong and Chow became prominent pro-democracy leaders as teenagers under the Umbrella Movement of 2014, a series of sit-in street protests, according to AP News.

While thousands of protestors have been arrested in Hong Kong since last year, those taken into custody on Monday are three of the most high-profile activists. As the prison vans thought to be taking them back to the detention centers pulled out onto the road, the activists’ supporters gathered and chanted in support, reported BBC News.