386 uncounted ballots were reportedly found Tuesday in Milwaukee, Wisconsin, as the state continues their partial recount.

President-elect Joe Biden won the state by roughly 20,600 votes, a less than one percentage point lead. President Donald Trump paid $3 million for a partial recount in the state, according to PBS. The partial recount filings target Milwaukee and Dane counties, two of the state’s most populous counties.

The 386 ballots were found on the fourth day of the recount, according to the Associated Press (AP). 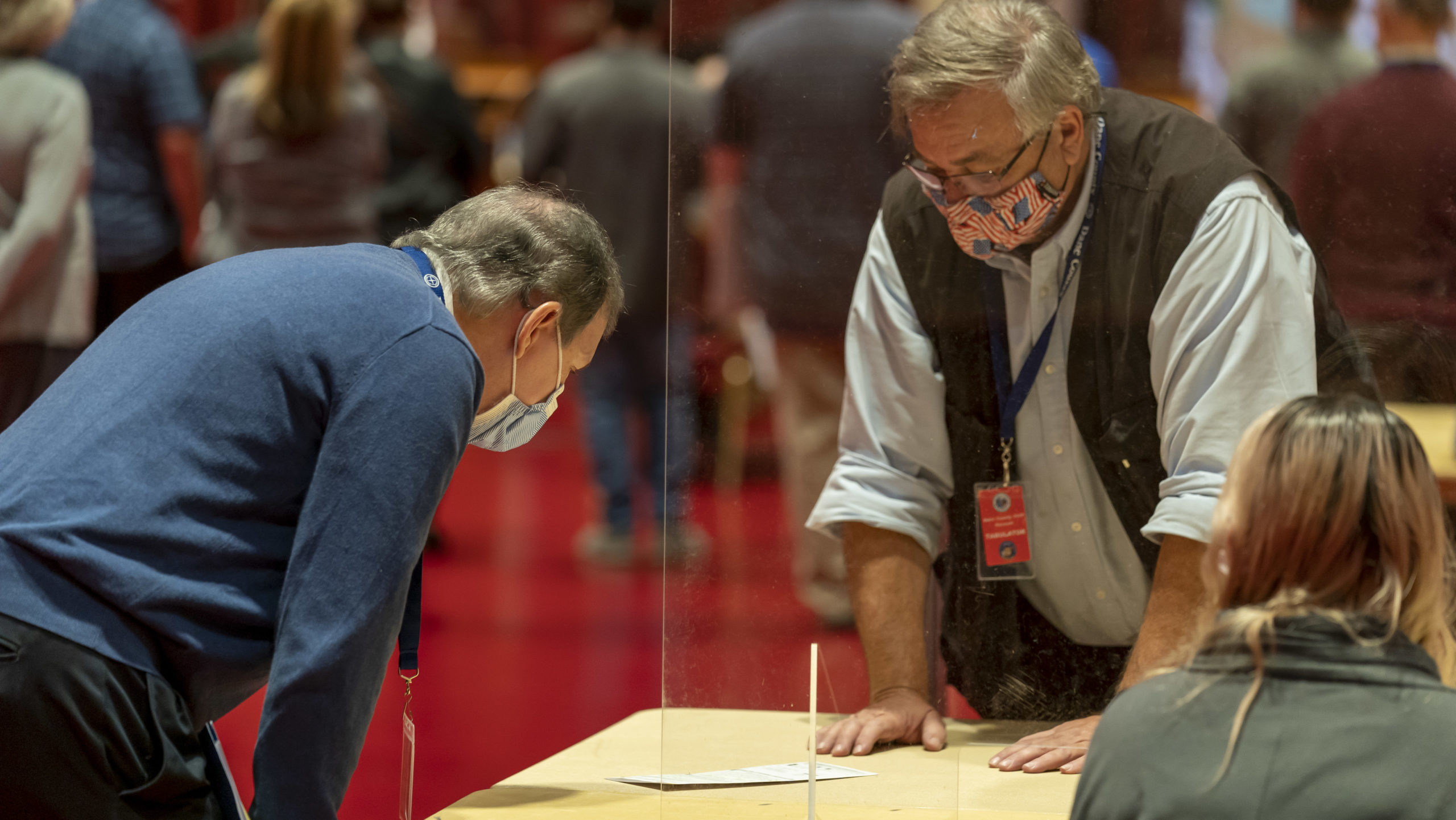 MADISON, WI – NOVEMBER 20: A representative for President Donald Trump, left, looks over a ballot during the presidential recount vote for Dane County on November 20, 2020 in Madison, Wisconsin. (Photo by Andy Manis/Getty Images)

Claire Woodall-Vogg, the city’s top elections official, said the uncounted ballots were due to human error, noting that a new elections inspector missed the ballots, according to the AP. The ballots were found underneath other ballots that had already been counted, the AP reported. (RELATED: Trump’s Top Lawyer In Wisconsin Is Arguing His Own Vote Was Illegal)

The county board of canvassers unanimously voted to count the newly found ballots, according to the report.

“If there’s one positive to come out of the recount it’s that indeed that every vote is being counted, including these 386,” Woodall-Vogg said, according to the AP.

Not including the newly found ballots, Trump had a net gain of 57 votes as of Tuesday morning, according to the report.