A recently-released Harvard CAPS-Harris poll shows a majority of voters in favor of Republicans controlling the U.S. Senate.

With President-elect Joe Biden set to occupy the Oval Office in January, 56% of voters presumably prefer a divided government with a GOP-led Senate, according to polling data released Monday to The Hill.

The remaining 44% want to see Democrats control the Upper Chamber, a feat which can only be accomplished by winning both Senate seats up for grabs in Georgia’s January 5 runoff election. 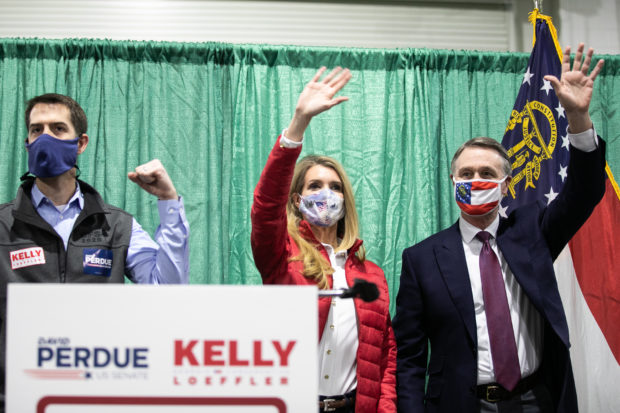 “As of now, the voters want divided government and their votes for the Senate and House indicate that as well,” Harvard CAPS-Harris polling director Mark Penn told The Hill. “This is a strong headwind for Democrats in the special election though [President] Trump’s continued failure to concede could muddy the waters here.”

After a net loss of just one seat so far, Republicans currently hold 50 seats while Democrats control 48. Republican Sens. David Perdue and Kelly Loeffler are both fighting to keep their jobs in the January runoff against Democratic challengers Jon Ossoff and Raphael Warnock.

Meanwhile, Republicans are expected to gain anywhere from ten to 12 seats in the House of Representatives, which could mean the slimmest margin for a Democratic majority in decades. (RELATED: Rand Paul Wants To Convince 100,000 Georgia Libertarians ‘To Actually Vote Republican’ In January)

The representative online sample poll was conducted between November 17 and 19 and included 2,205 registered voters, The Hill reported. Full polling data is expected to be released later this week.