Throughout the coronavirus pandemic, teachers unions have used in-person learning as leverage to forward their demands. They also have a history of bargaining for political advantage without apparent regard for the mental or physical health of the children which are purportedly their primary concern.

Despite the fact that only 5% of teachers identify themselves as “very liberal” and 29% as “liberal” according to the Education Week Research Center, teachers unions have pushed progressive policies and have become a mainstay of the Democratic party. This has continued apace during the COVID-19 pandemic.

Unified Teachers of Los Angeles (UTLA) demanded defunding the police and medicare for all before schools were allowed to reopen, as reported by The Daily Wire. 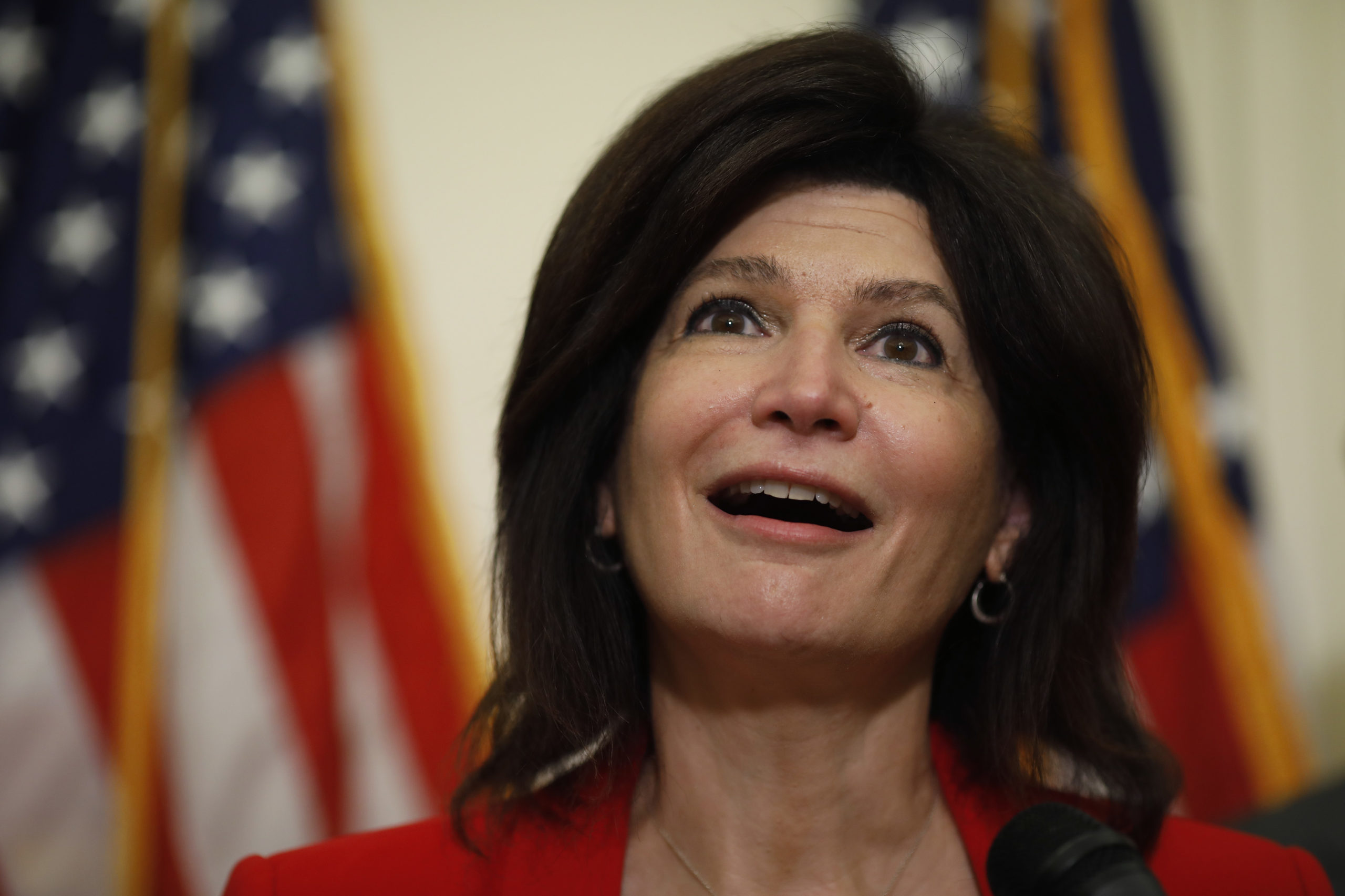 WASHINGTON, DC – MAY 22: Lily Eskelsen Garcia, president of the National Education Association, speaks at a news conference at the U.S. Capitol on May 22, 2018 in Washington, DC. (Photo by Aaron P. Bernstein/Getty Images)

The UTLA threatened to strike in January of this year, which resulted in a deal with the Los Angeles Unified School District (LAUSD) that could bankrupt the system. UTLA returned to make these expensive, progressive demands in the name of coronavirus. The UTLA would prevent schools from reopening until a “moratorium” had been declared on charter schools, the police were defunded, and “Medicare for all” and a wealth tax had been implemented, according to a July report from the Daily Wire.

The UTLA also struck a deal that included provisions which said teachers do not have to work more than four hours a day, and prevented schools from making face-to-face online instruction via video chat platforms a requirement during the pandemic according to the Wall Street Journal.

Teachers unions have also used their political clout to fight measures that would criminalize sex between school employees and students, like two teachers unions in Rhode Island did in 2019. The New York Post reported in 2016 that New York City teachers were still being kept in “rubber rooms” because of misconduct or incompetence while some were still paid, a practice that purportedly ended in 2010.

There’s more than anecdotal evidence to suggest there is a negative correlation between the strength of teachers unions and the level of teacher accountability. Johnathan Lott of the University of Chicago and Lawrence W. Kenny of the University of Florida found “a $233 rise in union dues per teacher causes student math and reading scores to drop almost 4 percentage points,” and a “$14 increase in union spending per student results in a 3 percentage point decrease in math and reading scores.”

So if the teachers unions aren’t using their financial and political power to improve student outcomes, where is the money going?

The Daily Caller reported in 2015 that Randi Weingarten, American Federation of Teachers (AFT) president, was making at least $360,000 a year. Weingarten’s monthly salary amounted to $30,000, more than 50% of the average elementary school teacher’s yearly salary. In July of 2018, the National Education Association (NEA), the nation’s largest teachers union, announced it would increase the compensation of their president despite budget cuts of $50 million and an expected loss of 300,000 members. 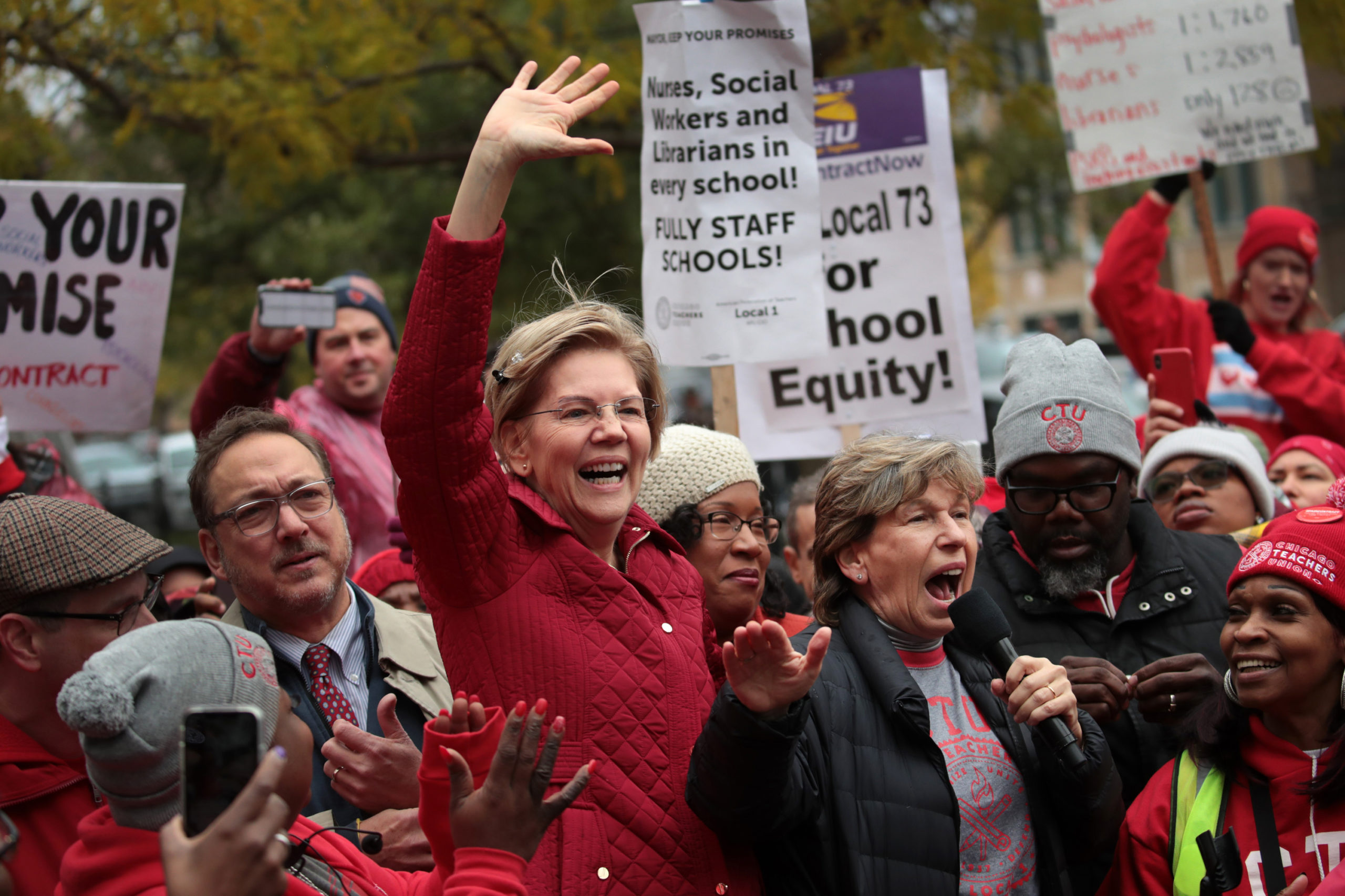 Teachers unions also have a history of spending disproportionate amounts of money ensuring Democratic candidates are elected. In the 2014 midterm elections, the Caller reported teachers unions spent over $100 million on congressional and down-ballot races.

“After the post office, schools are the most unionized activity in America. [Teachers unions] collect a lot of money in dues, they are often the largest lobby in the state, they are very, very powerful,” said former U.S. Secretary of Education Lamar Alexander according to the Foundation for Economic Freedom.