Chinese President Xi Jinping reportedly called President-elect Joe Biden Wednesday to congratulate him on winning the 2020 election and asked him to promote “healthy and stable development of China-US relations.”

A readout of the call, published by Chinese-state run media, claims that Xi “pointed out that promoting the healthy and stable development of China-US relations not only conforms to the fundamental interests of the people of the two nations, but also represents the common expectations of the international community.” (RELATED: Here’s Where Biden’s Secretary Of State Pick Tony Blinken Stands On China, Iran, Russia, And More) 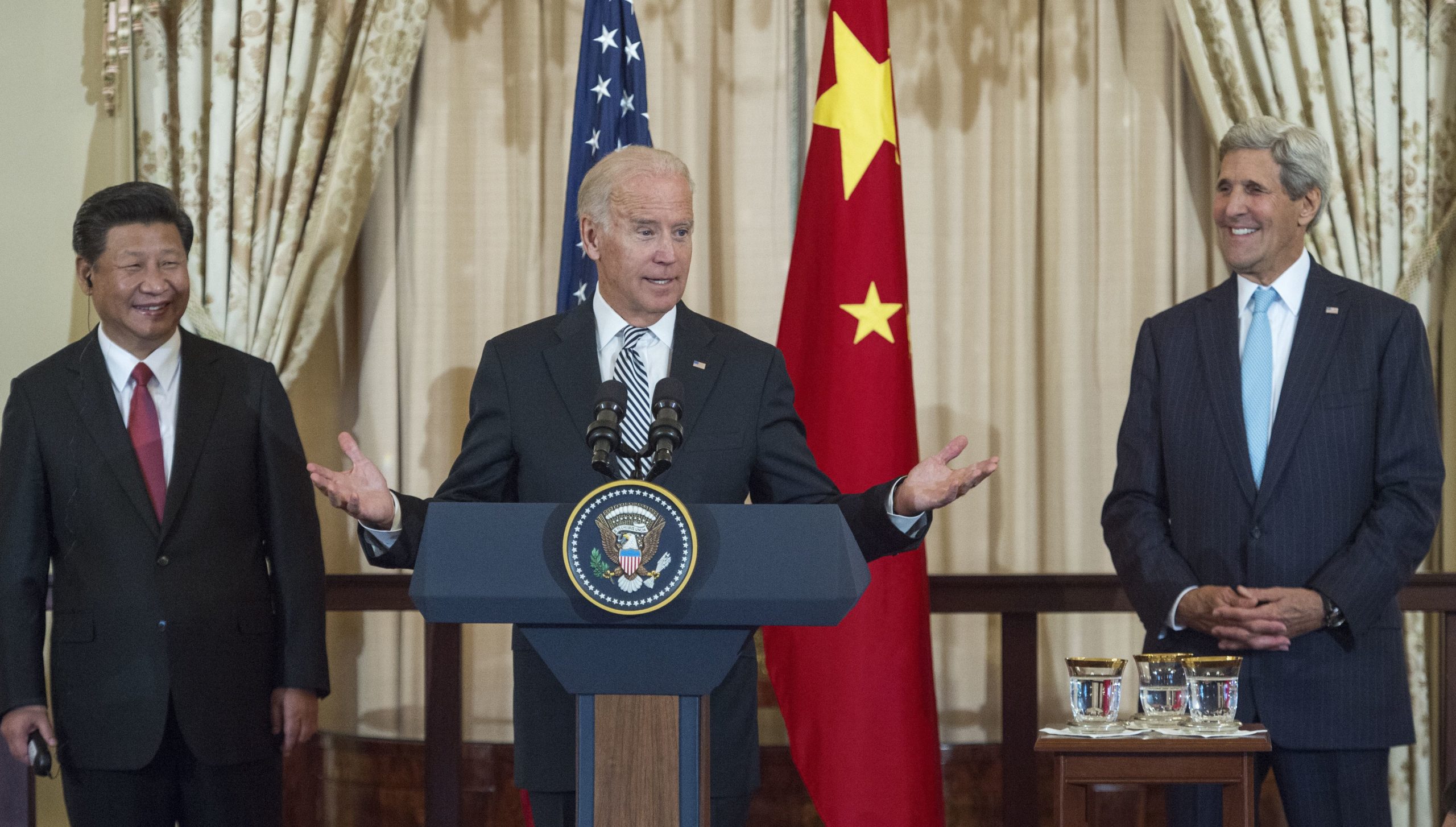 Chinese President Xi Jinping (L) and US Secretary of State John Kerry (R) listens as US Vice President Joe Biden speaks during a State Luncheon for China hosted by Kerry on September 25, 2015 at the Department of State in Washington, DC. (PAUL J. RICHARDS/AFP via Getty Images)

The readout claims that Xi said in the message that he hopes “the two sides will uphold the spirit of non-conflict, non-confrontation, mutual respect and win-win cooperation, focus on cooperation, manage differences, promote the healthy and stable development of China-US ties, and work with other countries and the international community to advance the lofty cause of world peace and development.”

Biden’s transition team did not immediately respond to The Daily Caller’s inquiries on Xi’s message.

Biden formally introduced his nominees for his foreign policy team in Wilmington, Delaware, on Tuesday.

He claimed that America “can’t solve the world’s problems alone,” and that China in particular should be viewed as a “competitor,” not an adversary.

President-elect Joe Biden: “In calls from world leaders…I’ve been struck by how much they’re looking forward to the United States reasserting its historic role as a global leader.” https://t.co/RtneOGqkOG pic.twitter.com/KSGn8K9RBK

“Weakening American alliances? Check,” he said in a July interview with Bloomberg. “Leaving a vacuum in the world for China to fill? Check. Abandoning our own values and giving Beijing a green light to trample on human rights and democracy in places like Xinjiang or Hong Kong? Check… debasing our own democracy… and so reducing its appeal compared to China? That’s what I call check-mate.”