A former Starbucks barista alleged that she was fired for her unwillingness to wear a company “Pride” t-shirt for religious reasons, according to a federal lawsuit.

Betsy Fresse was allegedly fired from the Glen Ridge, New Jersey Starbucks in August 2019 after she had inquired about “Pride” shirts that were in the store manager’s office in June 2019, according to the lawsuit filed on Nov. 19. The lawsuit noted that Fresse is a practicing Christian who believes marriage is between a man and woman and didn’t want to wear a shirt that violated those religious convictions.

“The law mandates that every person be free from discrimination based on their sincerely held religious beliefs including in the workplace,” Fresse’s lawyer, Demetrios K. Stratis, told The Daily Caller News Foundation in a statement. “Here, Starbucks failed to comply with the law, and terminated my client because she would not betray her faith, a faith which defines who she is as a person.”

“That is actionable and wrong and Starbucks must be held accountable,” he continued. (RELATED: ‘That Isn’t A Political Thing’: Employees Suing Whole Foods, Amazon Over Black Lives Matter Masks Nearly Doubles) 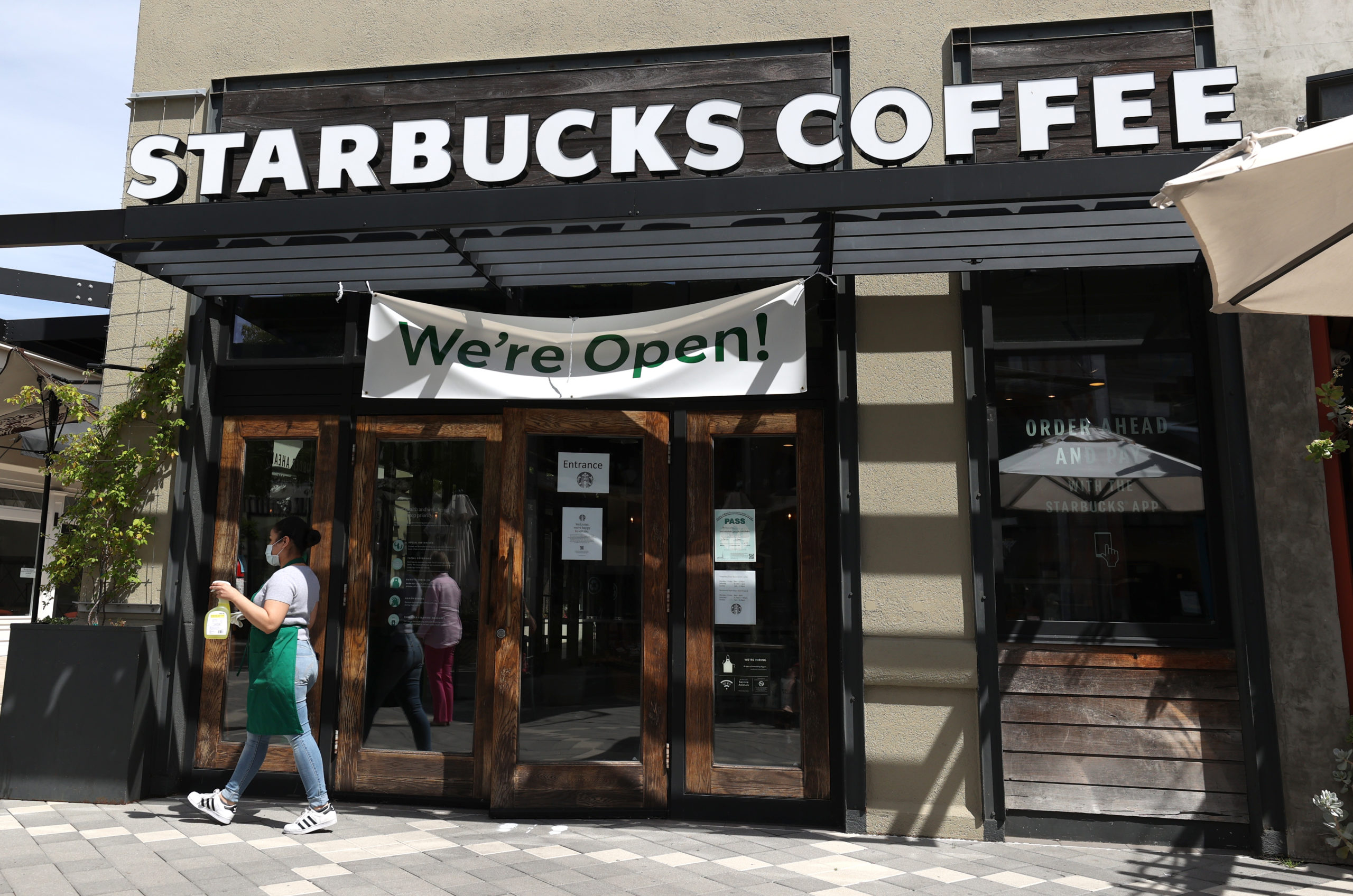 A Starbucks worker prepares to clean the door at a Starbucks Coffee store on June 10, 2020 in Corte Madera, California. (Justin Sullivan/Getty Images)

After Fresse inquired about the shirts and before she was terminated, she received a call from Starbucks’s Ethics and Compliance Helpline, according to the lawsuit. The company representative specifically asked Fresse why she didn’t want to wear the “Pride” shirt.

She explained that it was because her “religious beliefs prevented her from doing so,” the lawsuit stated.

On Aug. 22, 2019, she received a notice of separation informing her that she had been fired. The notice explained that she was fired for “acting in violation of Starbuck’s Core Values.”

“Upon being handed her PRIDE t-shirt Betsy stated she did not want to wear a PRIDE t-shirt and that partners ‘need Jesus.'” the notice of separation said, according to the lawsuit. (RELATED: Kroger Sued Over Alleged Religious Discrimination After Firing Employees Who Say They Refused To Wear Rainbow LGBTQ Symbol)

However, the lawsuit said that she was never handed the shirt. The lawsuit also said that Fresse “holds no enmity toward individuals who ascribe to the LGBTQ lifestyle and/or make up the LGBTQ community.”

“We are aware of the claims by Ms. Fresse, which are without merit, and are fully prepared to present our case in court,” Starbucks spokesperson Jory Mendes told the DCNF in a phone interview. “Starbucks does not discriminate on the basis of gender, race, religion or sexual orientation.”

“Other than our green apron, no part of our dress code requires partners to wear any approved items that they have not personally selected,” Mendes added.

In August, the Equal Employment Opportunity Commission issued Fresse the right to sue after reviewing the case, according to court filings attached to the lawsuit.