“This is going to be your crowning achievement,” the president said to Giuliani via speakerphone held to the mic by campaign legal counsel Jenna Ellis. “You’re saving our country.”

Trump spoke after Giuliani presented 12 witnesses, all of whom alleged various forms of potential fraud or irregularities with how election workers counted votes. (RELATED: Judge Orders Halt To Certification Of Pennsylvania Election Results After State Already Certified Them) 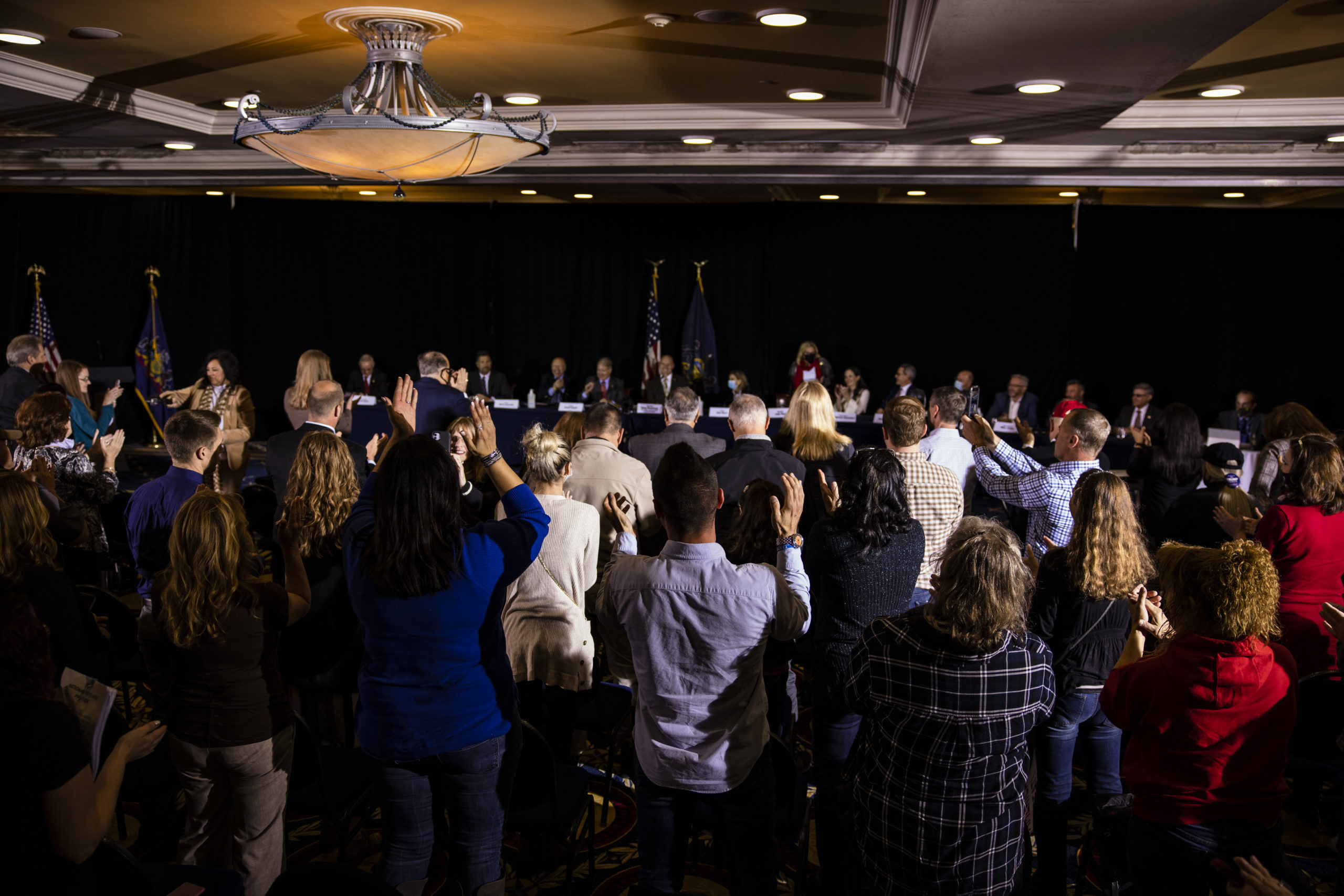 The president claimed that the testimony and affidavits collected by the campaign’s legal team prove that “this is an election we won easily, and we won it by a lot.”

“They cheated, it was a fraudulent election,” he closed. “This is a very important moment in the history of our country.”

Trump was reportedly set to make an “unscheduled movement” to Gettysburg attend Wednesday’s hearing, but the White House cancelled the trip at the last minute.

His campaign did score a legal win Wednesday, when a Pennsylvania Commonwealth Court judge ordered a halt to the certification of the state’s election results.

The order, confirmed by Daily Caller with the Commonwealth, prevents the results from being certified “to the extent that there remains any further action to perfect the certification of the results.”

State Attorney General Josh Shapiro said, however, that the order does not impact Tuesday’s vote to certify the results and that he will file an appeal.

This order does not impact yesterday’s appointment of electors. We will be filing an appeal with the Pennsylvania Supreme Court momentarily. https://t.co/wRzFwPvJIO