The New York Times reported Thursday that the officer, whose identify remains classified, was a member of the CIA’s paramilitary division and was a former member of Navy’s SEAL Team 6. The officer was likely killed in either a counterinsurgency raid or a direct enemy attack, but the CIA has declined inquiries into the death.

The Times claimed that the officer’s death marks the 135th CIA casualty over the past 20 years. 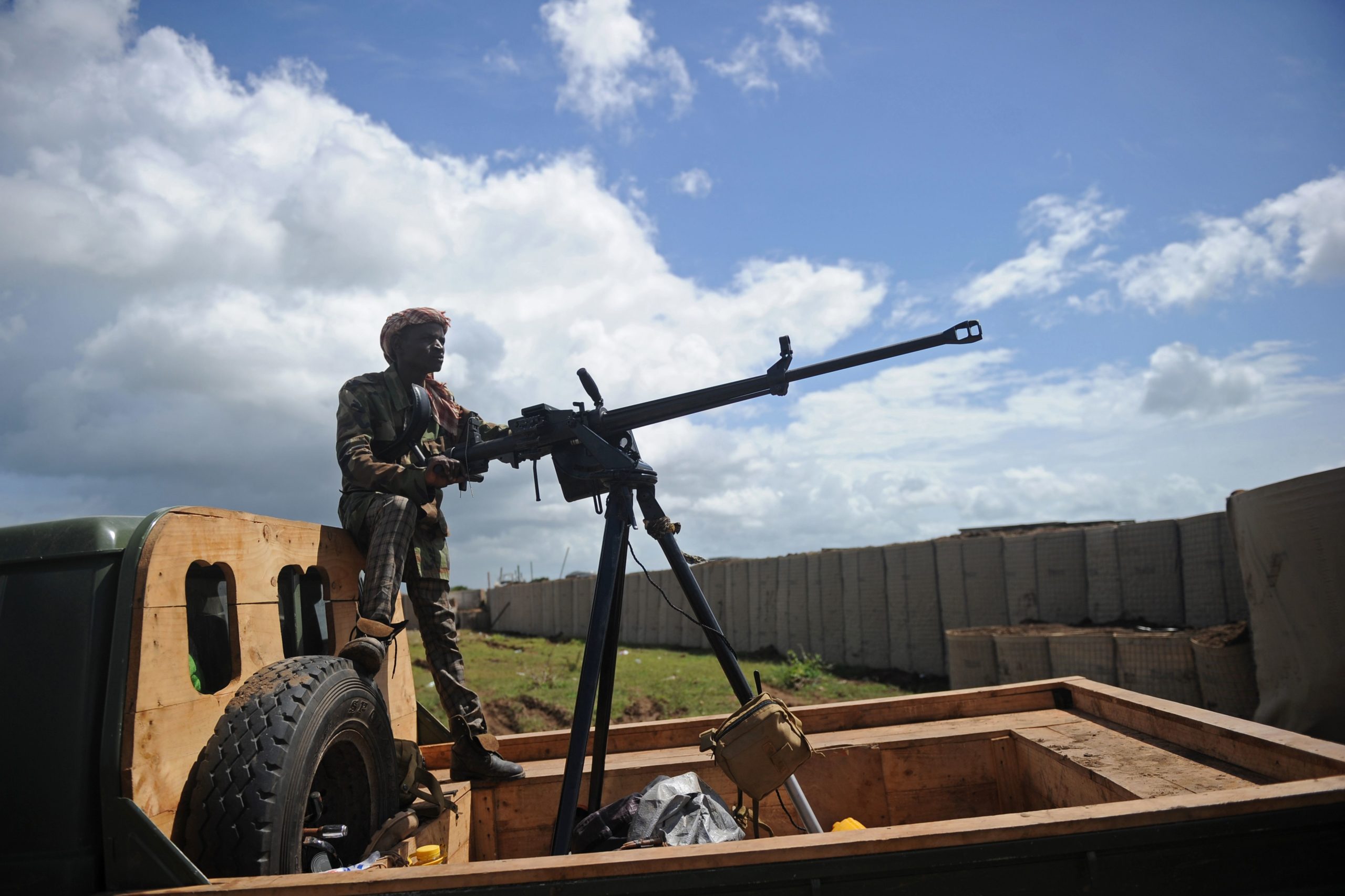 A Somali soldier holds a machine gun at Sanguuni military base, where an American special operations soldier was killed by a mortar attack on June 8, about 450 km south of Mogadishu, Somalia, on June 13, 2018. – More than 500 American forces are partnering with African Union Mission to Somalia (AMISOM) and Somali national security forces in counterterrorism operations, and have conducted frequent raids and drone strikes on Al-Shabaab training camps throughout Somalia. (MOHAMED ABDIWAHAB/AFP via Getty Images)

President Donald Trump reportedly began discussing the prospect of withdrawing the 700 U.S. troops stationed in Somalia in October. Troops are currently training local forces and conducting missions against the Shabab, an al-Qaida linked terror network based in the region. The president discussed the proposal with a number of top administration officials, including Chairman of the Joint Chiefs of Staff Mark Milley, and a draft order is reportedly floating around the Pentagon.

The Shabab took credit for a deadly attack that killed multiple Somali troops earlier in the week, the Times noted. (RELATED: REPORT: Trump Wants To Bring Home Troops He Sent To Somalia To Bolster Election Chances)

Following the 2020 election, Trump has also expedited his push to withdraw troops from Iraq and Afghanistan in attempts to end what he calls America’s “forever wars” and make good on one last campaign promise.

Acting Secretary of Defense Christopher Miller announced Nov. 17 that Trump had ordered troop levels in Afghanistan and Iraq to be cut to 2,500 and 2,000, respectively, by Jan. 15, 2021.