President Donald Trump is reportedly floating the idea of holding a 2024 campaign-related event during the week that President-elect Joe Biden is inaugurated.

The Daily Beast in a Saturday report cited a trio of sources “familiar with the conversations” who claimed that the president has discussed “the specifics of a campaign launch” as early as inauguration week.

The conversations have explored, among other things, how Trump could best time his announcement so as to keep the Republican Party behind him for the next four years. Two of these knowledgeable sources said the president has, in the past two weeks, even floated the idea of doing a 2024-related event during Biden’s inauguration week, possibly on Inauguration Day, if his legal effort to steal the 2020 election ultimately fails.

Trump, who has yet to concede in the election, also has reportedly begun assessing which major donors would back another potential presidential run. 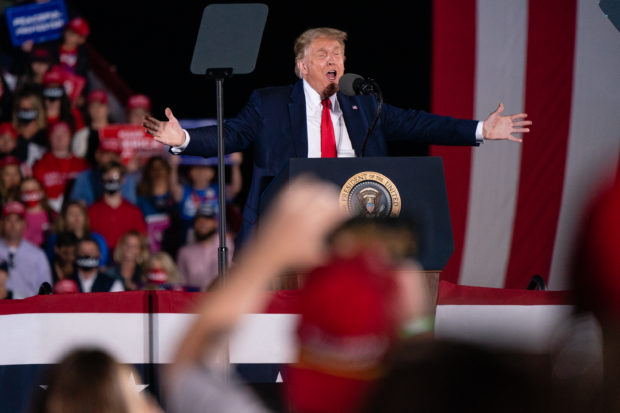 The Daily Beast called the president’s “scheming” an “implicit recognition that he views his own current legal efforts as longshots and a reflection of his inherent desire to maintain political power and public attention.”

Trump has reportedly told advisors that he plans to officially announce a 2024 run as soon as the 2020 election is certified, and the president has already emerged as the GOP frontrunner. (RELATED: Marc Thiessen Lays Out Trump’s ‘Path To A Second Term’)

The news of a potential 2024 campaign event during inauguration week comes after another Daily Beast report earlier this month contended that some members of Biden’s team are concerned that the inauguration could appear like a MAGA rally if COVID-19 restrictions keep the president-elect’s supporters away and Trump supporters show up to counter-protest.