Law enforcement and the local fire department responded to a call about the blaze in a city vehicle lot at around 8 p.m., which authorities promptly extinguished, according to a press release. Investigators suspected arson, and photos released by the Portland Police Bureau (PPB) show extensive damage to the interior of the vehicle. 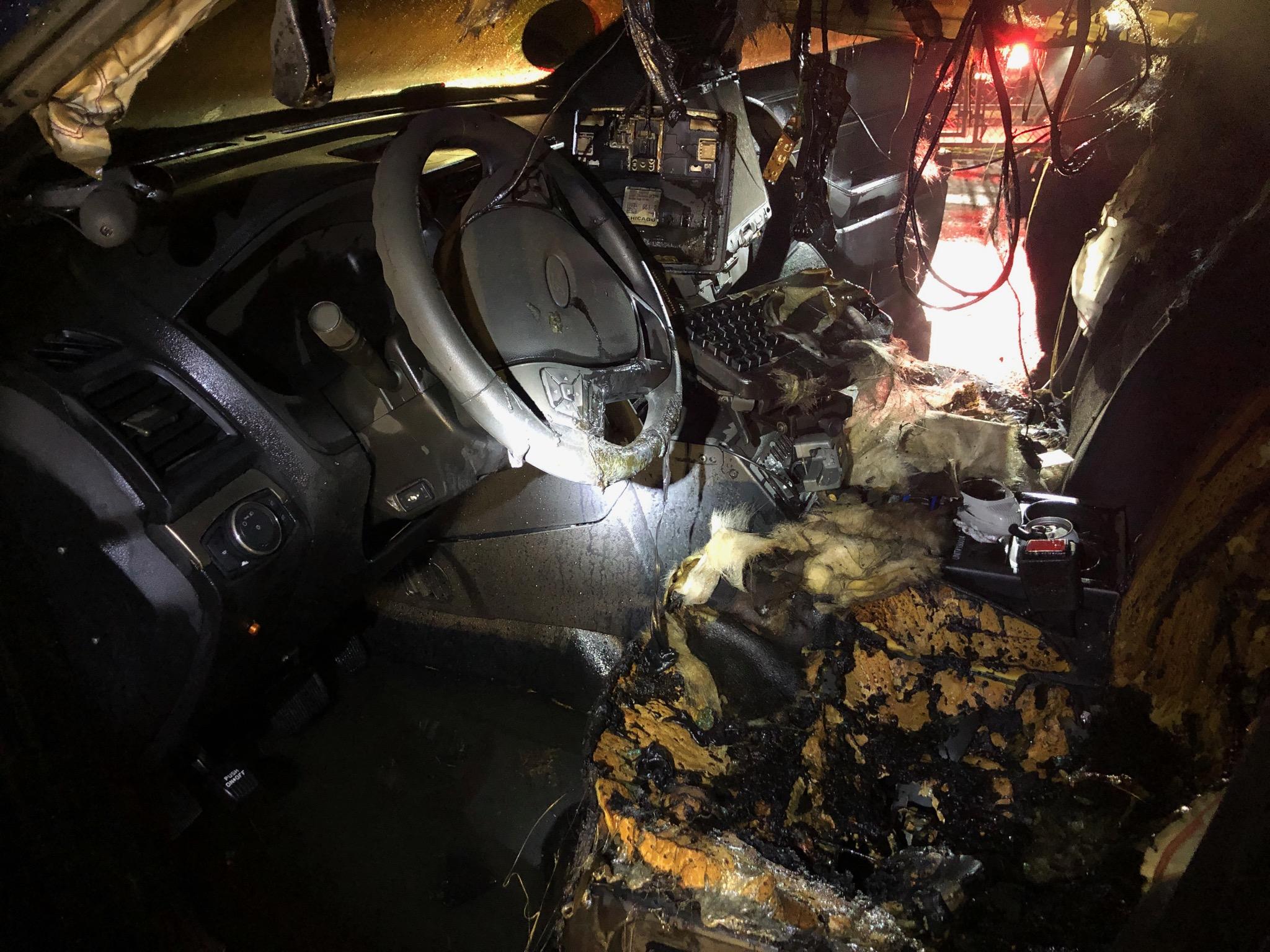 The 2018 Ford Interceptor was moved to the parking lot after it was involved in a minor accident, according to the release. Fire marshals were on the scene after the blaze, and the investigation is ongoing.

A motive for the attack has yet to be determined, PPB wrote, and no arrests have been made at the time of publishing.

The incident came a few days after a group of vandals damaged at least 10 buildings throughout the city on Thanksgiving night, according to a separate press release from the department. The phrases “Fuck Ur Thxgiving,” “Land Back” and “You Don’t give aF about Black PPL” were tagged in graffiti, and four arrests have since been made. (RELATED: ‘F*ck Ur Thxgiving’: Portland Rioters Damage Multiple Buildings In Holiday Unrest)