Federal Communications Commission Chairman Ajit Pai announced Monday that he intends to step down from his position on Jan. 20, once President-elect Joe Biden takes office.

Ajit Pai announced in a statement that he will step down after four years leading the Federal Communications Commission (FCC), CNBC reported. Former President Barack Obama nominated Pai to be an FCC commissioner in 2011 and President Donald Trump nominated him to be the agency’s chairman in 2017, according to The Wall Street Journal.

“It has been the honor of a lifetime to serve at the Federal Communications Commission, including as Chairman of the FCC over the past four years,” Pai said in his statement, according to Roll Call reporter Chris Cioffi. (RELATED: FCC Chairman Ajit Pai Takes A Big Step Toward Ending Robocalls)

“I am grateful to President Trump for giving me the opportunity to lead the agency in 2017, to President Obama for appointing me as a Commissioner in 2012, and to Senate Majority Leader McConnell and the Senate for twice confirming me. To be the first Asian-American to chair the FCC has been a particular privilege. As I often say: only in America,” he continued.

Pai will have a lasting legacy on the issue of net neutrality, according to CNBC. In December 2017, Pai voted with his fellow Republican FCC commissioners in a 3-2 vote to dismantle Obama-era regulations, which prohibited internet service providers from charging for higher-quality service, The New York Times reported at the time.

“We are helping consumers and promoting competition,” Pai said, according to the Times. “Broadband providers will have more incentive to build networks, especially to underserved areas.” 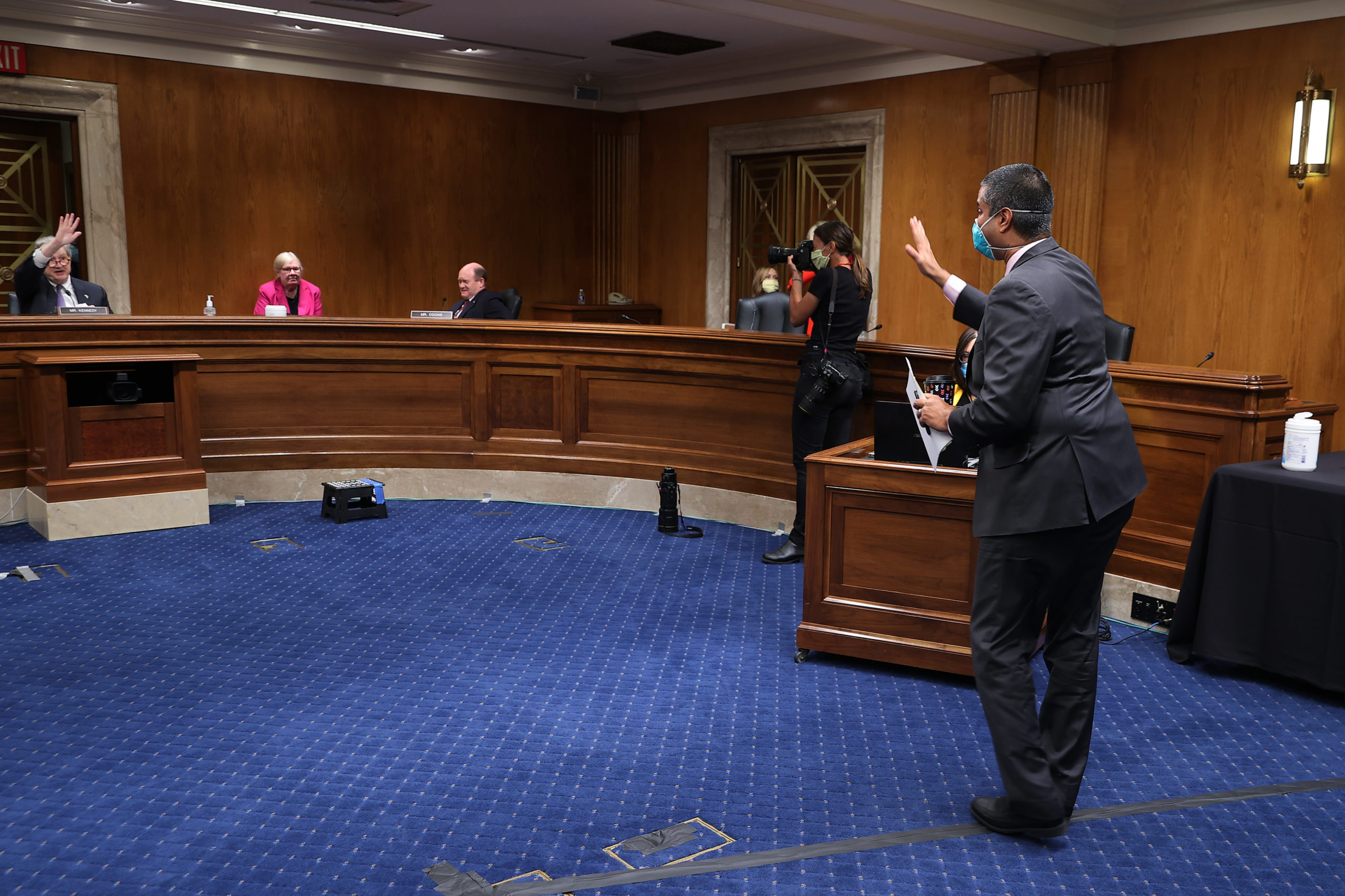 Pai’s five-year term was set to expire in June 2021, according to CNBC. President-elect Joe Biden would have been able to select the new FCC chair once in office, regardless of Pai’s decision.

“Congratulations to my friend and colleague, Ajit Pai, for his distinguished run as FCC Chairman,” FCC Commissioner Mike O’Rielly, who served on the commission alongside Pai, said in a statement.

“His Commission ushered in many policy advancements and made strides updating communications regulations, from restoring the Commission’s successful light-touch regulatory framework for Internet service providers to modernizing media rules, opening up more spectrum bands for commercial use, and expanding broadband access to unserved Americans,” O’Rielly added.

“This has been a historic Chairmanship: the most spectrum freed up for commercial wireless use, long overdue reforms of 30-year-old infrastructure deployment rules, and a commitment to serving consumer needs and the broader public interest by leveraging private sector competition and innovation,” Meredith Attwell Baker, president and chief executive officer of communications firm CTIA, said in a statement.

The National Association of Broadcasters and USTelecom also praised Pai for his work leading the FCC.

However, some groups, which advocate for net neutrality regulations, criticized Pai’s legacy.

“Ajit Pai will go down in history as one of the most corrupt government officials of the century,” Evan Greer, deputy director of online advocacy group Fight for the Future, said in a statement. “His callous attack on net neutrality and blatant coddling of Big Telecom monopolies sparked the largest cross-partisan online backlash in the modern era.”