Democratic West Virginia Sen. Joe Manchin criticized Democratic New York Rep. Alexandria Ocasio-Cortez after she recently took a shot at him for his position on defunding the police.

Manchin sent out a tweet on Nov. 11 against defunding the police, saying “defund my butt,” to which the New York Democrat responded with a photo of herself, which Manchin described as a “dagger stare,” in a New York Times interview released Monday. These were Manchin’s first comments since their online back and forth, criticizing her for not being active with her bills or committees.

“I guess she put the dagger stare on me,” Manchin said. “I don’t know the young lady — I really don’t. I never met her. I’m understanding she’s not that active with her bills or in committee. She’s more active on Twitter than anything else.” 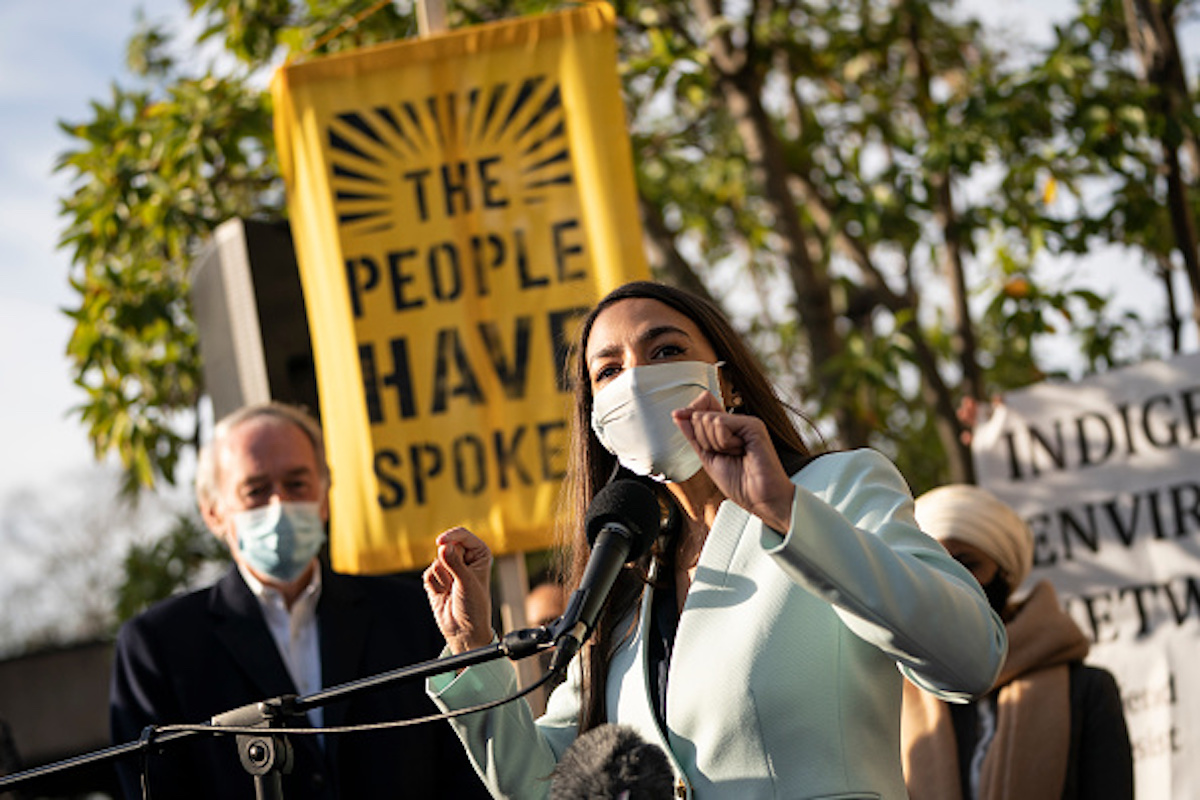 “Defund the police? Defund, my butt,” Manchin tweeted on Nov. 11. “I’m a proud West Virginia Democrat. We are the party of working men and women. We want to protect Americans & jobs & healthcare. We do not have some crazy socialist agenda, and we do not believe in defunding the police.” (RELATED: Joe Manchin Explains Why He Torpedoed Democrats’ Green New Deal)

Ocasio-Cortez has been a staunch supporter of defunding police forces across the country and responded to Manchin’s tweet with a picture of herself during President Donald Trump during a State of the Union address when Manchin clapped for Trump. (RELATED: ‘Defunding … Means Defunding’: Rep. Ocasio-Cortez Not Satisfied With Cutting NYPD By $1B)

Ocasio-Cortez’s office did not immediately respond to the Daily Caller when asked about Manchin’s comments.