Prison guards opened fire on inmates to control a riot in Sri Lanka Sunday, leaving more than 50 injured and 8 dead.

The riot broke out after inmates with COVID-19 were transferred into the Mahara prison from other facilities, according to the New York Post. Sri Lanka has seen a surge in coronavirus cases, and prisons have reported thousands of new cases, according to The Express Tribune.

Inmates destroyed much of the property while attempting to take over the prison and break free. Hundreds of police arrived to help the guards, reported the New York Post. (RELATED: Over 100 Prisoners Riot After Coronavirus Outbreak At Washington Correctional Center) 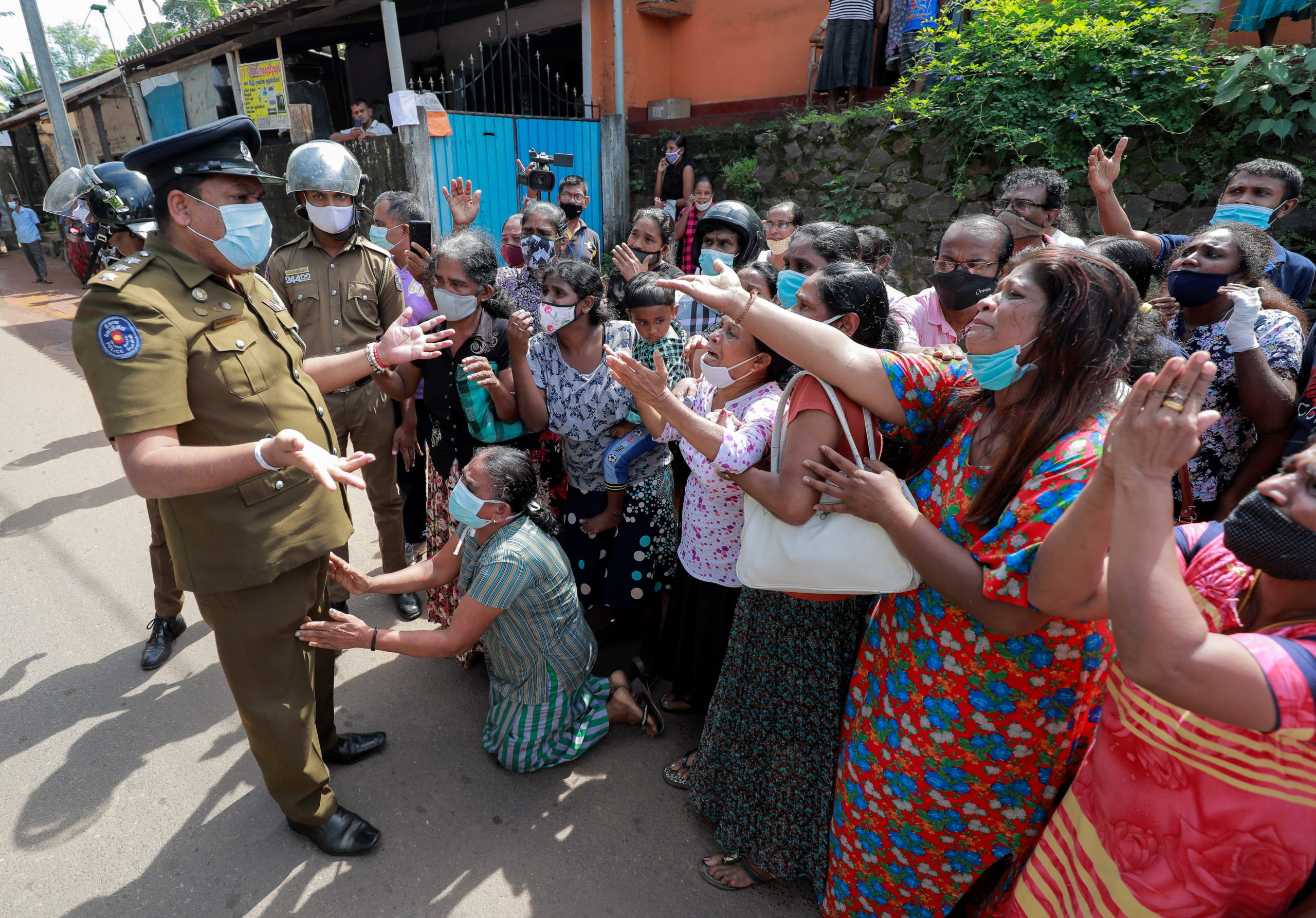 Family members of the prisoners argue with a police officer following unrest at Mahara Prison, on the outskirts of Colombo, Sri Lanka November 30, 2020. REUTERS/Dinuka Liyanawatte

A majority of the injured prisoners were in critical condition, said the director of the Ragama Hospital.

A senior police officer said most of the deaths and injuries seem to be from gunshots, according to Reuters. (RELATED: Prison Riots Throughout Italy Leave 6 Dead After Country Bans Visits Amid Coronavirus Lockdown)

Inmates had recently protested for more coronavirus testing and isolation of infected prisoners as cases rose in the crowded jails, reported Reuters.