Dr. Scott Atlas, an adviser to President Donald Trump regarding the pandemic, has resigned from his position, Fox News reported.

Atlas assumed the position in August as a Special Government Employee, serving a 130-day detail that was set to expire the first week of December, according to Fox.

Honored to have served @realDonaldTrump and the American people during these difficult times. pic.twitter.com/xT1hRoYBMh

The resignation letter was dated for Tuesday and touted the White House’s efforts to supply personal protective equipment, tests, and reopening guidelines for schools, and thanked Trump for the “honor and privilege” to serve in the position. 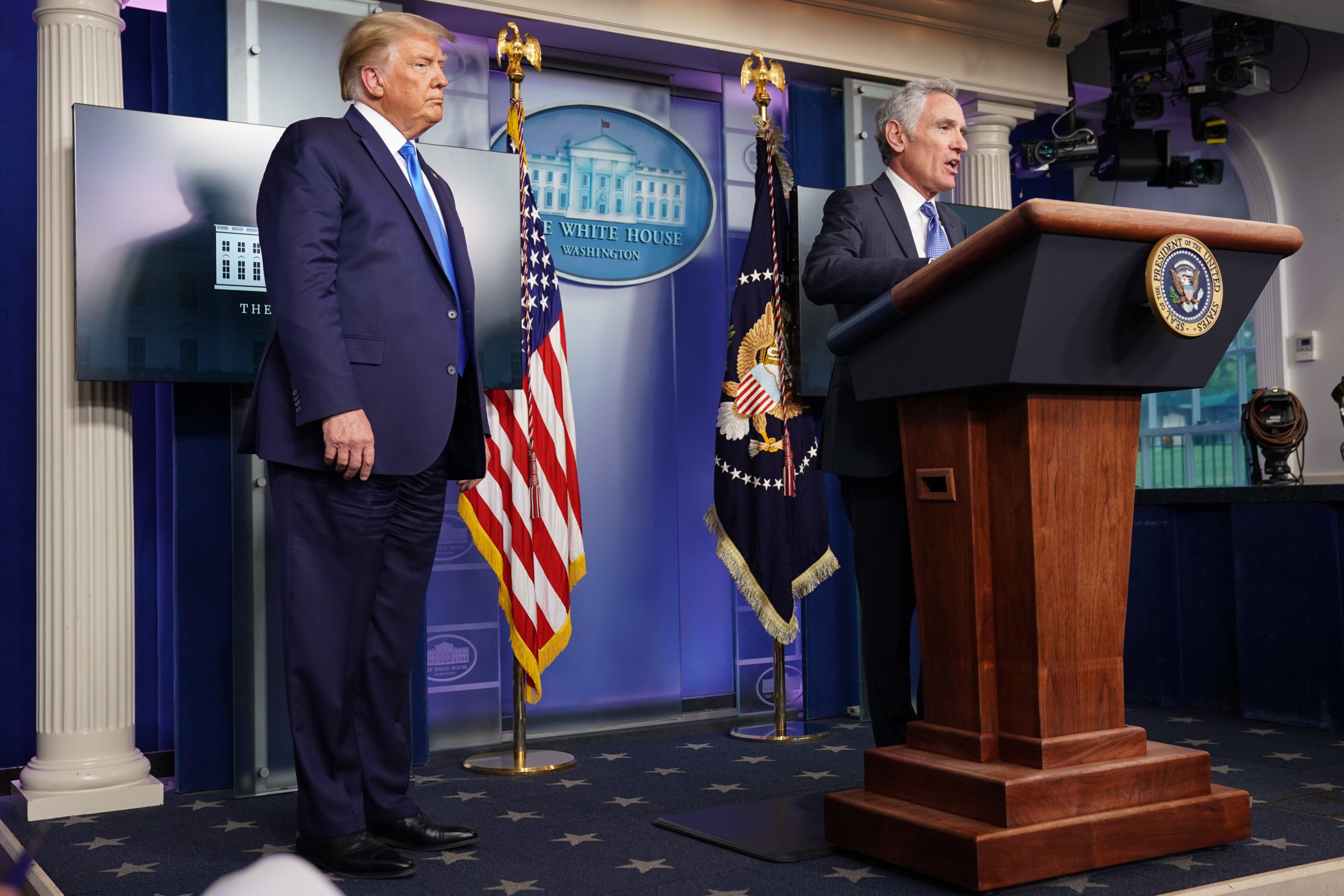 WASHINGTON, DC – SEPTEMBER 23: U.S. President Donald Trump listens as member of the White House’s coronavirus task force Dr. Scott Atlas speaks during a news conference in the briefing room of the White House on September 23, 2020 in Washington, DC. Trump fielded questions about a coronavirus vaccine and the latest developments in the Breonna Taylor case among other topics. (Photo by Joshua Roberts/Getty Images)

“I worked hard with a singular focus — to save lives and help Americans through this pandemic,” he wrote, according to Fox.

“As time went on, like all scientists and health policy scholars, I learned new information and synthesized the latest data from around the world, all in an effort to provide you with the best information to serve the greater public good.”

He added that his advice focused on “the pandemic and the structural policies themselves, especially to the working class and poor,” along with the impact of lockdowns on physical and mental health.

The lockdowns “create massive physical health losses and psychological distress, destroy families and damage our children,” he said. He also pointed to the “severe harms” of closing schools, noting “the relatively low risk to children of serious harms from the infection.”

He congratulated Operation Warp Speed and the team responsible for arranging a vaccine timeline, and wished the best to the incoming Biden administration.

“I sincerely wish the new team all the best as they guide the nation through these trying, polarized times,” he wrote.

“With the emerging treatments and vaccines, I remain highly optimistic that America will thrive once again and overcome the adversity of the pandemic and all that it has entailed.”