President Donald Trump posted a 46-minute-long video Wednesday afternoon to Facebook and Twitter that was immediately marked as misleading by both companies.

The president framed it as an “update” on the campaign’s “ongoing efforts to expose the tremendous voter fraud that took place during the ridiculously long November 3rd elections.”

‘This may be the most important speech I’ve ever made,” he states at the open. “Lots of bad things happened during this ridiculous period of time, especially when you have to prove almost nothing.” (RELATED: Trump Threatens To Veto Defense Authorization Act Unless It Fully Terminates Section 230) 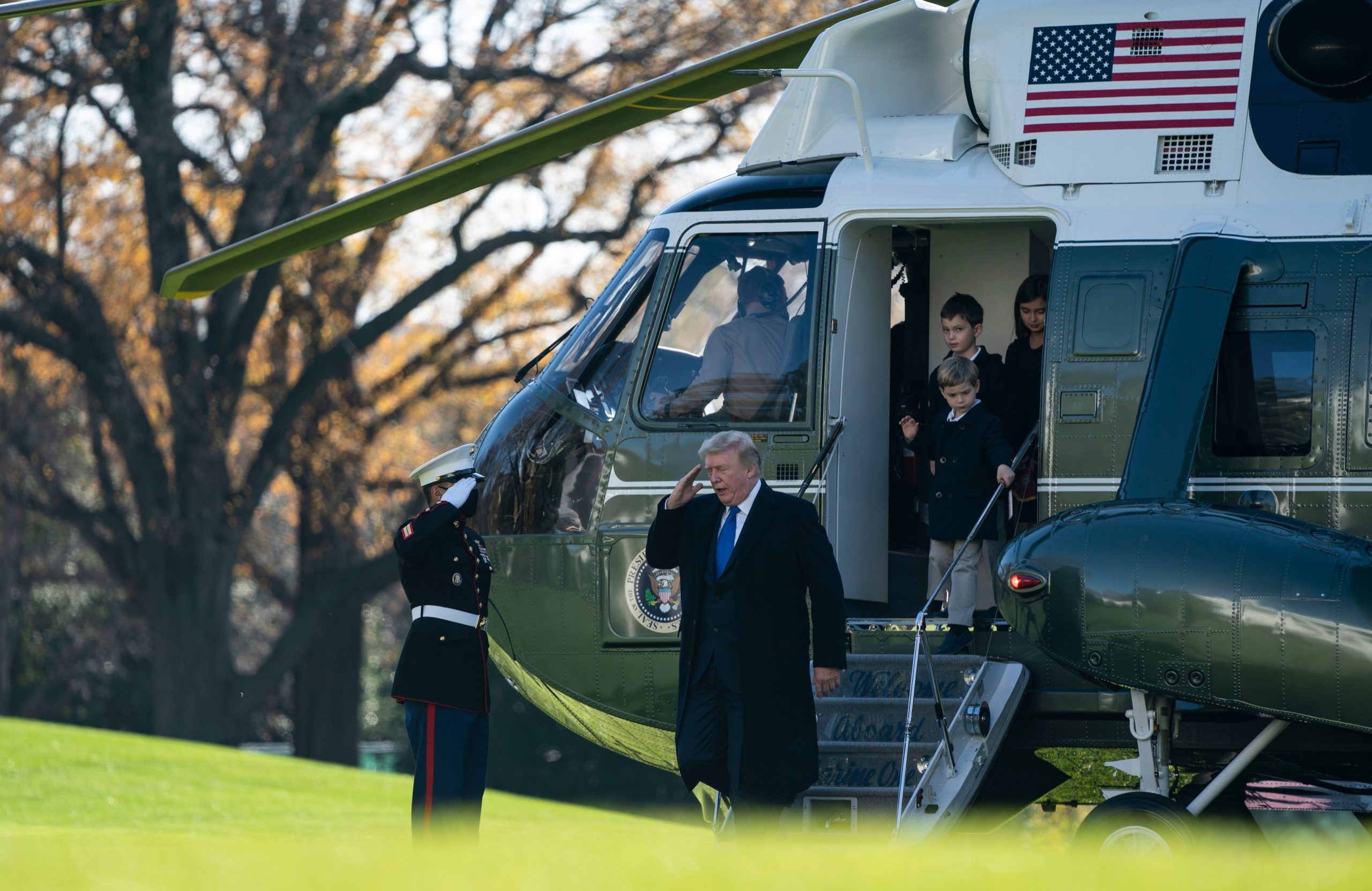 US President Donald Trump, followed by his grandchildren, Arabella, Theodore, and Joseph, arrives at the White House aboard Marine One on November 29, 2020 in Washington, DC. – President Trump spent the Thanksgiving weekend at Camp David and his Trump National Golf Course in Virginia. (Photo by ALEX EDELMAN/AFP via Getty Images)

Trump then began summarizing a number of allegations raised by former New York City Mayor Rudy Giuliani and other campaign lawyers. He claimed that “many people in the media, and even judges so far, have refused to accept it.”

“Many very smart people have congratulated me on all we’ve done,” Trump said. “But then they went on to say as big and as important as these events were, the single greatest achievement in your presidency will be exactly what you’re doing right now.” (RELATED: Bill Barr: DOJ Has Found No Evidence Of Fraud Changing Result Of Election)

The White House declined a number of Daily Caller’s inquiries about the video, which appeared to be filmed in the White House Diplomatic Room.

You can watch the full video below.