Over 2o illegal immigrants were found crammed into a van by Customs and Border Protection agents during an apparent smuggling attempt in Arizona on Monday, officials announced Wednesday.

Officials stopped a utility van to conduct an immigration inspection near the Sasabe Port of Entry and found 23 illegal immigrants crammed in the vehicle, according to Customs and Border Protection (CBP). A U.S. citizen was driving the vehicle, and all passengers were found to be illegally present in the U.S.

“As they [agents] approached the driver’s side, they could see the van was packed with a multitude of people,” CBP said in a press release. 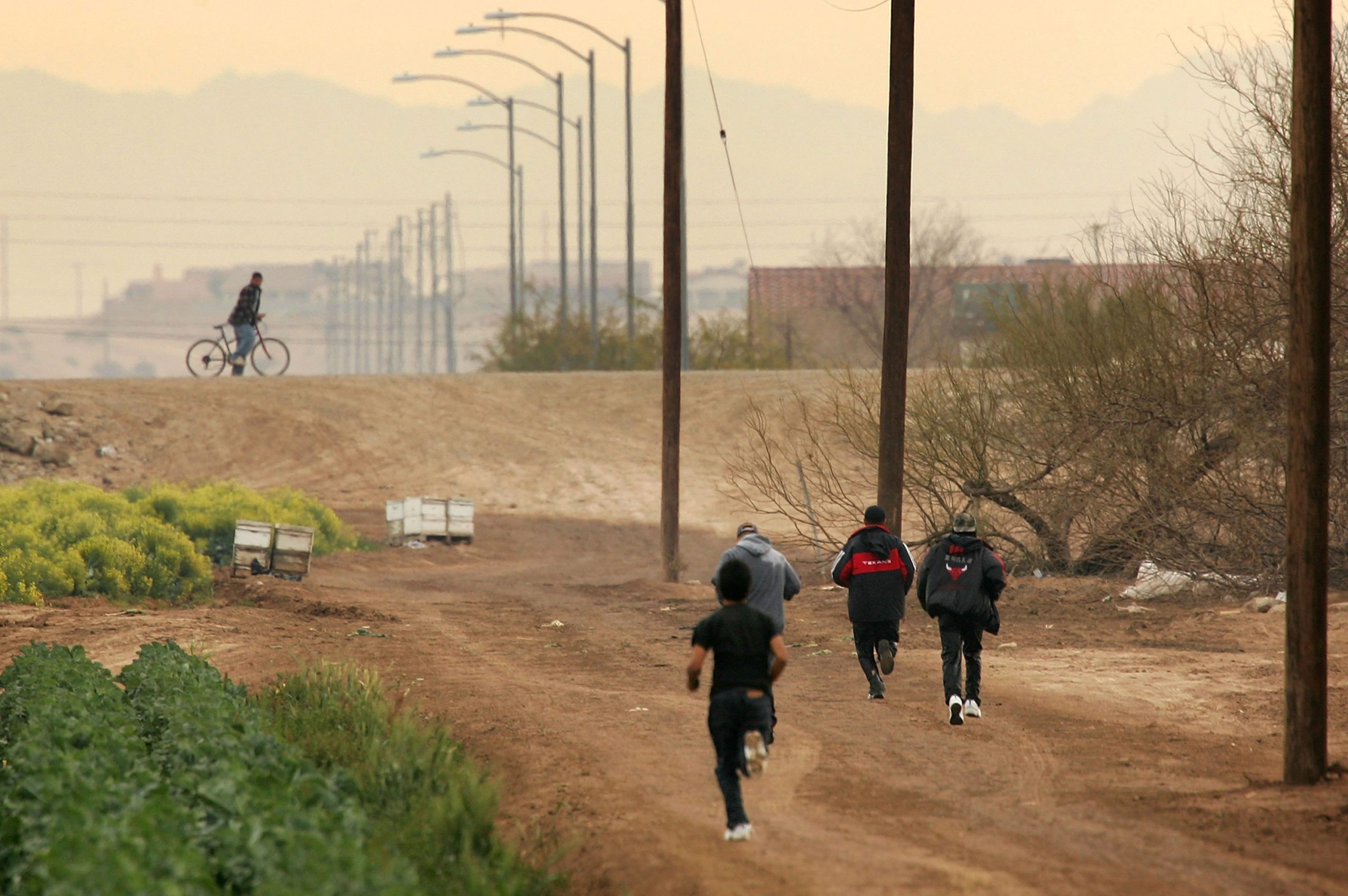 YUMA, AZ – MARCH 16: Men run after crossing illegally into the U.S. from Mexico on March 16, 2006 at the border town of near San Luis, south of Yuma, Arizona. As Congress begins a new battle over immigration policy, U.S. Customs and Border Protection (CBP) border patrol agents in Arizona are struggling to control undocumented immigrants that were pushed into the region by the 1990’s border crack-down in California called Operation Gatekeeper. A recent study by the Pew Hispanic Center, using Census Bureau data, estimates that the U.S. currently has an illegal immigrant population of 11.5 million to 12 million, about one-third of them arriving within the past 10 years. More than half are reportedly from Mexico. Ironically, beefed-up border patrols and increased security are reportedly having the unintended result of deterring many from returning to their country of origin. (Photo by David McNew/Getty Images)

None of those being smuggled in the van were wearing masks or seatbelts, according to CBP. Those found illegally present in the U.S. face immigration violation charges. (RELATED: Human Smuggling Attempt Stopped By Multiple Law Enforcement Agencies In Texas)

The driver faces federal human smuggling charges, according to CBP. It is unclear whether the driver or any of the illegal immigrants were arrested or detained.

“All people apprehended by the U.S. Border Patrol undergo criminal history checks using biometrics to ensure illegal aliens with criminal histories are verified,” according to CBP.

The Tucson Sector Public Affairs Office did not respond to the Daily Caller News Foundation’s request for comment.