Biden insisted “everybody pairs their fair share” in taxes during his presidency, and suggested a nearly 40% rate for those in the top bracket, which he said was commonplace during the Bush era, in an interview with the New York Times.

“And by that fair share, I mean there’s no reason why the top tax rate shouldn’t be 39.6 percent, which it was in the beginning of the Bush administration,” he said in the Times interview. “There’s no reason why 91 Fortune 500 companies should be paying zero in taxes.”

In the early 2000s, the nation’s highest tax bracket was 39.6% for citizens earning more than $374,000 per year, according to Fox Business. Bush then slashed the rate to 35% until former president Barack Obama reset the benchmark at 39.6% following the 2008 financial crisis, Fox reported. 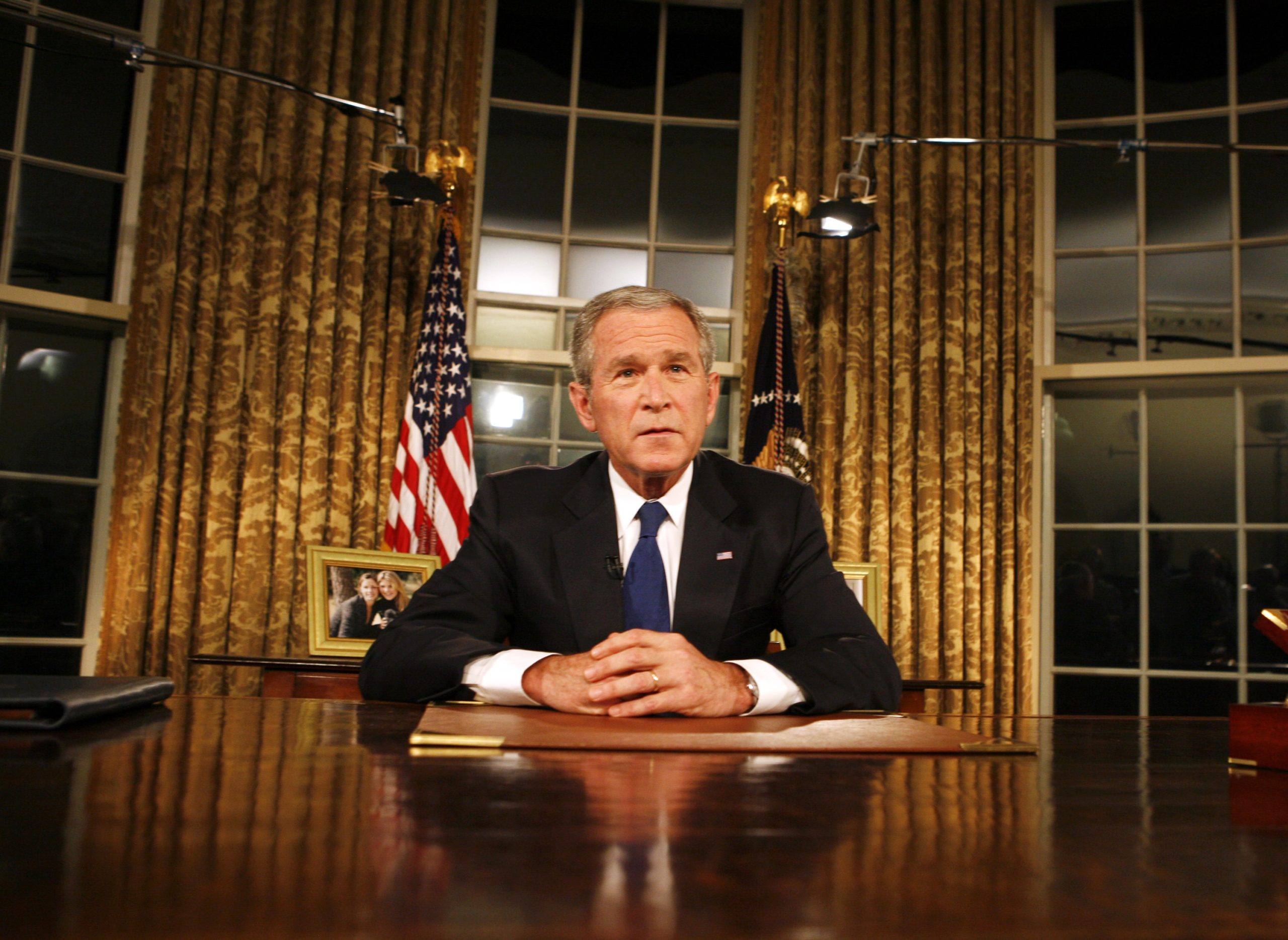 President George W. Bush poses for photographers after addressing the nation on the military and political situation in Iraq from the White House September 13, 2007 in Washington, DC (Aude Guerrucci-Pool/Getty Images).

President Donald Trump cut down corporate taxes to 21% and the individual tax rate to 37% in 2017 shortly after assuming office, according to Fox.

Biden’s ability to implement his tax reform may be hindered by the outcome of the Georgia Senate runoff elections if Republicans are able to retain control. However, the former vice president said he would be able to pass his agenda even if Senate Majority Leader Mitch McConnell resists. (RELATED: ‘The Middle Class Will Be In Peril’: Home Depot Co-Founder Criticizes Biden’s Tax Plan)

Biden throughout his campaign pledged to increase the tax burden of those “making over $400,000” a year.