There is a lot of talk these days about conspiracies. A huge number of Americans are prone to believing some pretty wild stuff. This is true on the left, where a large number of people never stopped believing that President Donald Trump colluded with Russia to steal the White House from Hillary Clinton. This is also true on the right, where a large number of people believe that Trump is not just a president but also the leader of a war against a secret group of pedophiles who run the world. None of this is very healthy.

The big question is, how did we get here? You rarely hear that question debated. How did people lose faith in our institutions to such an extent that trust is at an all-time low? How did we get to the point where nobody believes anybody else and where outright fraudsters can sell so many of our fellow citizens on crazier and crazier conspiracies?

To look at this problem — maybe our biggest as a society at the moment — we have to look at the behavior of our leading institutions. Just this week, we saw two separate storylines involving behavior so horrible that each would have been a full-blown scandal just a few years prior. Now we have something new like this every week. People are numb. They don’t believe our leaders have any real standards or morals, and they don’t believe a thing they are told because of it.

First, The New York Times broke a huge story about how top American companies have been lobbying to water down what is, in essence, an anti-slavery bill in Congress. The Communist Chinese government has undertaken a repressive campaign against their Uyghur Muslim minority. As part of that campaign, they have placed huge numbers of Uyghurs in internment or reeducation camps, and they have shipped many others out of their home region to other parts of China to do forced labor. In response, the U.S. Congress is debating a bill to protect these workers by prohibiting goods made by these forced laborers. Major American brands, including Apple, Nike and Coca Cola, have been on Capitol Hill secretly lobbying to water down this bill, which poses a danger to their important Chinese supply chains. (REPORT: Coca-Cola, Nike Push Back On Legislation That Would Crack Down On Forced Labor In China) 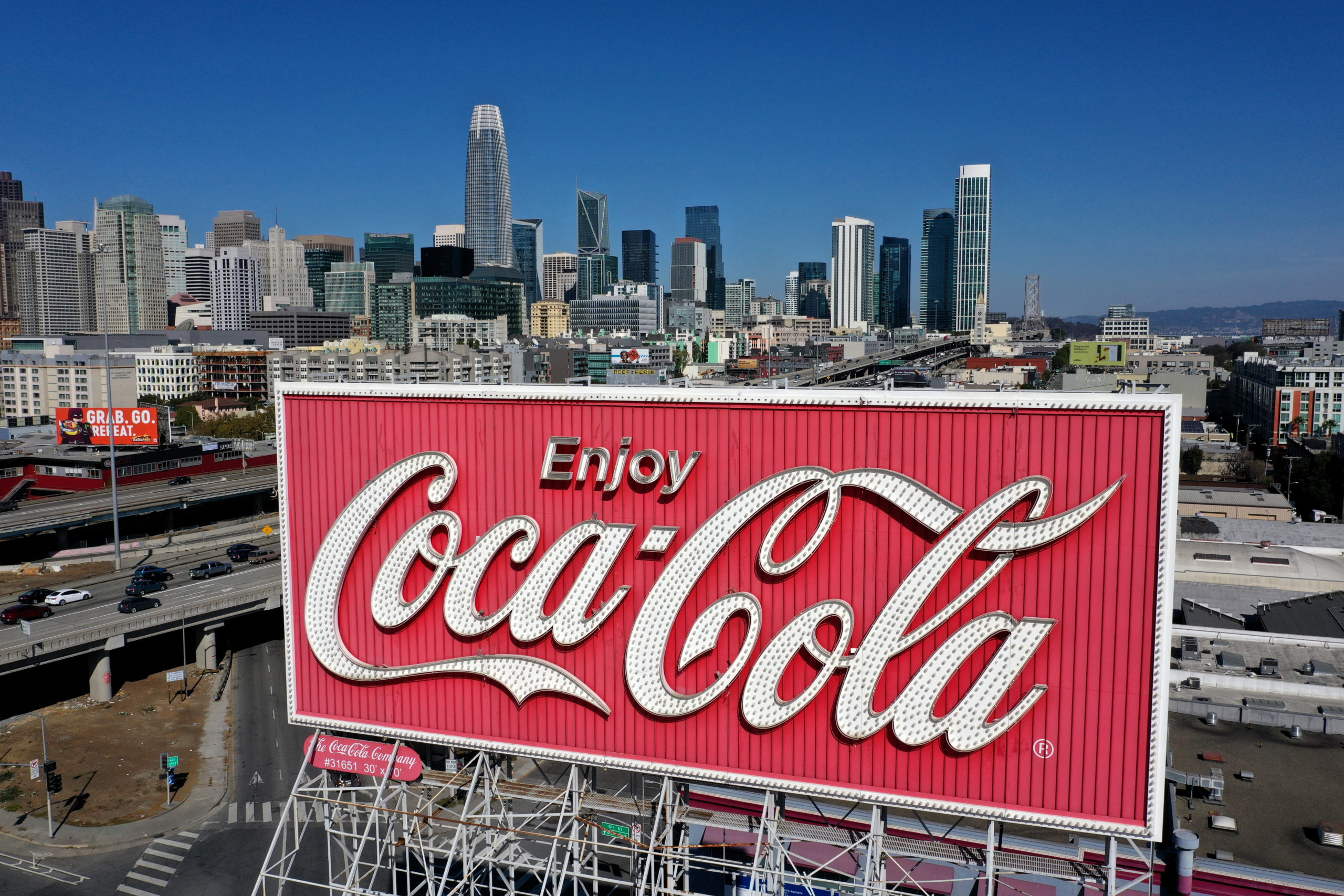 Second, this week, a huge public fight has broken out between the local BLM chapters and their national organization. The national group, BLM Global Network Foundation, has raised millions in donations from individuals and corporate donors over the years, ramping up massively in the wake of the George Floyd murder. As first reported by Daily Caller, for many years now, the national BLM office has been spending lavishly on travel and other overhead expenses, with very few funds making their way to the local BLM chapters who do all the work. This week, apparently finally at a tipping point, the local BLM chapters went public with their complaint. Chapters from 10 major cities — including Chicago, Philadelphia and Washington, D.C. — put up a statement on a new website publicly slamming the BLM national group. They accused the national group of lacking transparency regarding the millions of dollars it was taking in while providing virtually no support to the local chapters doing all the work. (RELATED: BLM’s National Arm Gave Little To Local Chapters While Reaping Millions, Local BLM Chapters Allege In Statement)

Try to name a group that captured the nation’s attention this year more than BLM. BLM signs are everywhere. Top athletes wear them on their jerseys. It’s painted on the street in front of the White House. Virtually every celebrity’s Twitter page has the hashtag. Huge companies have supported it and have it on their websites. All of this is presumably because all these people care about Black lives. But if you care about Black lives, then presumably all the real Black Lives Matter organizations getting ripped off by their national headquarters would make you upset. Apparently not. The website statement went up Nov. 30. As of yet, the corporate media has not even reported on it. None of the BLM corporate or celebrity sponsors has said a word. How could this be? This isn’t some conservative media conspiracy. We are talking about the local BLM activists getting ripped off. They have gone public. You would think people who cared about their cause would be upset by that. They would at least want to look into it. Where are all the celebs? Where is all the attention? You are left with the impression that maybe the media, Hollywood and corporate America don’t care that much after all. 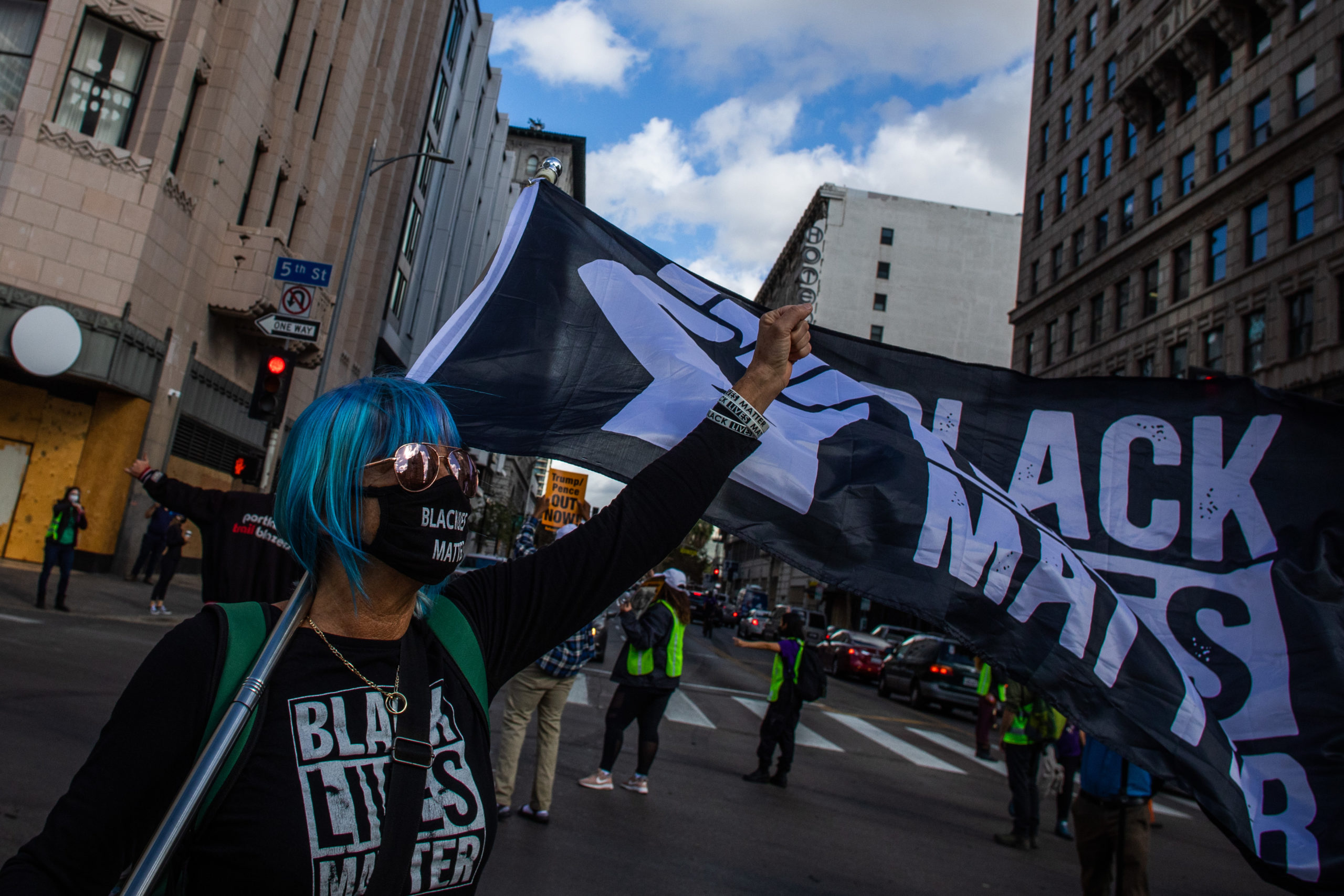 A woman waves a Black Lives Matter flag in Downtown Los Angeles as people celebrate after Joe Biden was declared winner of the 2020 presidential election on November 7, 2020. – Democrat Joe Biden has won the White House, US media said November 7, defeating Donald Trump and ending a presidency that convulsed American politics, shocked the world and left the United States more divided than at any time in decades. (Photo by Apu GOMES / AFP) (Photo by APU GOMES/AFP via Getty Images)

It’s not good to be too cynical, but these days, it’s harder and harder not to be. We now have a country full of cynics. They’ve been trained to be cynical. All the lying and posturing and phony branding and hypocrisy come with a price, and that price is nobody believes anything or anyone anymore.