The likely pick for President-elect Joe Biden’s Secretary of Defense, Michele Flournoy, would be the first woman to head the Pentagon, but a coalition of progressive groups are urging Biden against making the potentially historic pick.

“We’re not happy about this woman breaking the glass ceiling,” Medea Benjamin, the co-founder of the feminist and progressive antiwar group Code Pink, told the Daily Caller News Foundation.

“For us, it’s not about gender, it’s about politics and actions,” Benjamin said. “She has a history of being wrong on every single important issue. It just amazes me that she’s under consideration.”

Benjamin cited Flournoy’s support for the wars in Iraq and Afghanistan and her support for American intervention in Syria and Libya when she served as the undersecretary of defense for policy under former President Barack Obama. Benjamin also expressed concern over Flournoy’s hawkish views towards China, which she said could lead to another cold war with a major world nuclear power.

The Code Pink co-founder added that Flournoy is rife with conflicts of interests due to her work with WestExec Advisors, the consulting firm she co-founded in 2018 with Biden’s secretary of state nominee, Tony Blinken. The pair allegedly used to help corporations obtain contracts with the Pentagon. (RELATED: Biden Transition Fails To Disclose Tony Blinken’s Involvement In Lucrative Consulting And Private Equity Firms)

“She is just the epitome of I think everything that’s wrong with U.S. foreign policy,” Benjamin said. “The interventionism, the militarism and the cozy nature between military contractors and the Pentagon.”

Other progressive groups that are signaling opposition to Flournoy is the Bernie Sanders-founded nonprofit group Our Revolution, as well as Military Families Speak Out, Roots Action, World Beyond War and Just Foreign Policy.

Flournoy has long been reported being at the top of Biden’s list to be his defense secretary, but the post was notably absent when he unveiled his national security team on Nov. 23.

Politico reported in late November that six people close to Biden’s transition say the president-elect is not entirely sold on the prospect of selecting Flournoy, who was expected to have been Hillary Clinton’s selection for defense secretary had she won the presidency in 2016.

Benjamin said it was an encouraging sign that Biden is taking so long to announce his defense secretary pick.

“There’s division within the Biden team about this and they recognize that she is an unpopular pick within a number of groups and influential people,” Benjamin said. “Even if she does get nominated we will work hard to not have her confirmed.” 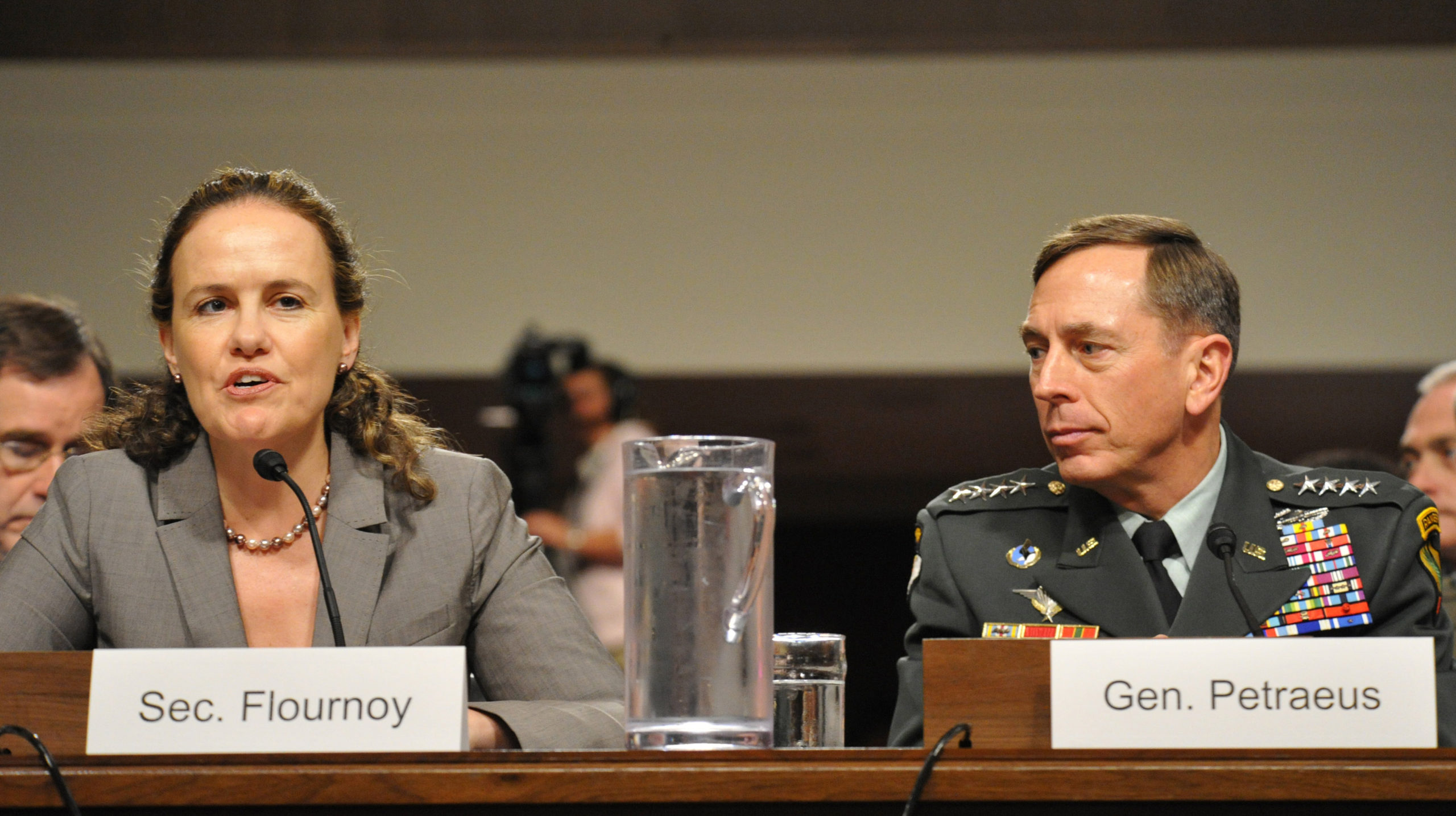 US Under Secretary of Defense for Policy Michele Flournoy delivers opening remarks June 15, 2010 during a hearing conducted by the US Senate Armed Services Committee on Capitol Hill in Washington, DC. (KAREN BLEIER/AFP via Getty Images)

Biden should select someone like Obama’s former Homeland Security Secretary Jeh Johnson to serve as his defense secretary, Benjamin said, citing his stated position that America being embroiled in international conflicts cannot be the new normal.

“We haven’t seen in these picks around national security issues anybody with fresh new thinking,” Benjamin said. “We think that somebody needs to come in that understands that it’s a different world and that we don’t want to go back to the way things were under Obama.”

“We want to get out of these damn wars and the fact that the Democrats and Republicans in Congress come together every time Trump wants to get us out of something like Afghanistan they team up and say no,” she said. “It’s ridiculous.”

“It’s really sick that the new normal is to be at war,” Benjamin said. “It should not be like that, and somebody’s got to come in who just tells it like it is and says people in the Middle East have to learn to get along with each other and we’re not going to be there as an interventionist force.”