Iran has blamed Israel for carrying out the attack on a highway near Tehran last month that killed the country’s top nuclear scientist, who was a senior official in Iran’s nuclear program and seen as the mastermind behind Iran’s program to develop nuclear weapons, according to Reuters. Iran has long denied any claim that they have any ambitions toward creating a nuclear weapons program. (RELATED: REPORT: Iran Says It’s Planning To Further Breach Nuclear Deal By Enriching More Uranium)

Israel has declined to either confirm or deny responsibility for the killing and an Israeli official suggested that the use of tactics reported by Tasnim was an attempt to save face by Iran, according to Reuters.

“The machine gun was equipped with artificial intelligence to target Martyr Fakhrizadeh,” Iranian Mehr News Agency quoted Deputy Commander of the Islamic Revolutionary Guard Ali Fadavi as saying on Sunday. “The gun was focused only on Martyr Fakhrizadeh, and his wife was not shot, despite being a few centimeters away.”

“The machine gun was placed on a pick-up truck and was controlled by a satellite,” the official said. 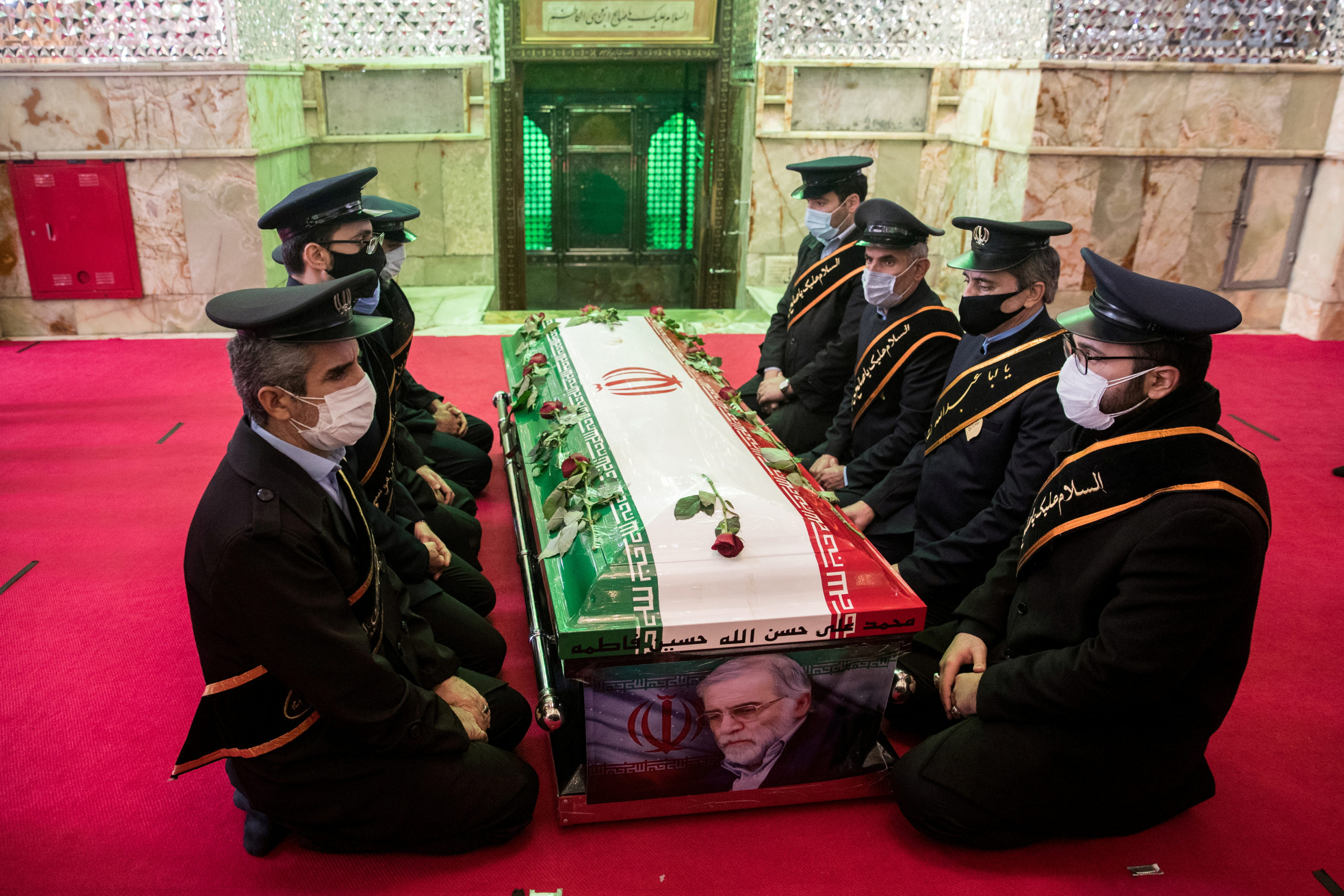 Officials told Reuters that the killing exposed serious security gaps that suggest their security forces may have been infiltrated and that the Islamic Republic was vulnerable to further attacks.

Israel’s Intelligence Minister, Eli Cohen, told BBC News that he didn’t know who was responsible for the killing. But an unnamed senior Israeli official, speaking on condition of anonymity, told the New York Times that “Iran’s aspirations for nuclear weapons, promoted by Mr. Fakhrizadeh, posed such a menace that the world should thank Israel.” (RELATED: Lawmakers In Iran Chant ‘Death To America’ After Voting To Boost Nuclear Program)

Fakhrizadeh, who was viewed by Israel as the leader of what it says is Iran’s continued quest for nuclear weapons, was the fifth Iranian nuclear scientist killed in targeted attacks since 2010 inside Iran, according to Reuters.