Fodje Bobga, a citizen of Cameroon who is a student in Romania, was charged Monday by the Department of Justice (DOJ) for allegedly perpetrating a puppy fraud scheme during the coronavirus pandemic.

“The dog adoption market can be a breeding ground for catfish schemes,” U.S. Attorney Scott W. Brady for the Western District of Pennsylvania said in a statement. “Fodje Bogda and his co-conspirators exploited a national pandemic – and the social isolation it engendered – to exploit victims with photos of cute puppies and to bill extra costs under the pretense of COVID.”

Bobga, 27, and a group of others began the puppy selling scheme around June 2018, according to the complaint. The group allegedly offered puppies and other animals for sale through a website called “lovelyhappypuppy.com.”

The conspirators would tell the victims that their pet was on its way and would allegedly provide them with a fake tracking number. (RELATED: REPORT: Americans Have Lost Nearly $100 Million To Coronavirus Scams) 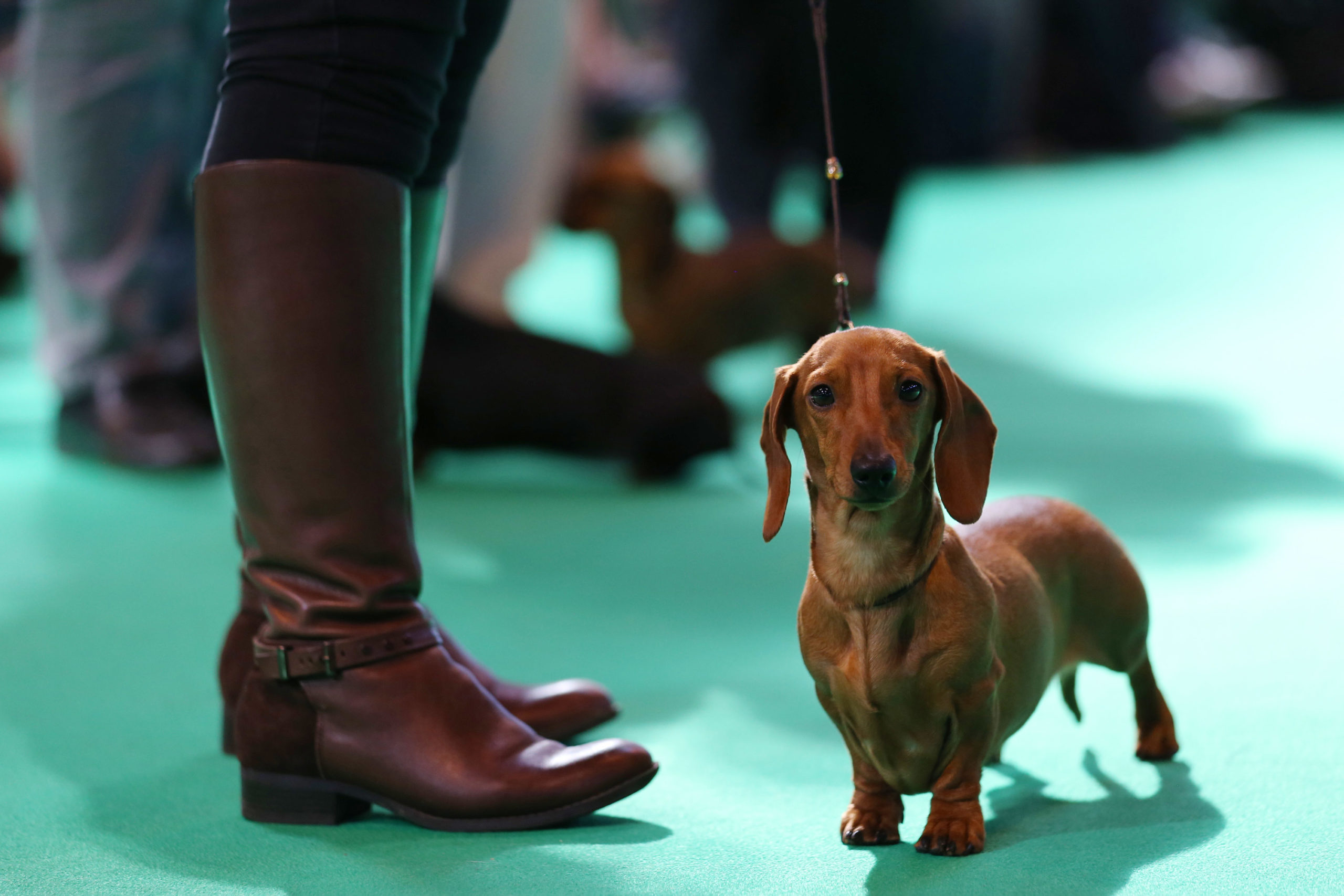 BIRMINGHAM, ENGLAND – MARCH 07: Dachshund hounds are judged in a show ring on the second day of the Crufts dog show at the NEC on March 7, 2014 in Birmingham, England. Said to be the largest show of its kind in the world, the annual four-day event, features thousands of dogs, with competitors travelling from countries across the globe to take part. (Photo by Matt Cardy/Getty Images)

However, the group would then allegedly tell the purchasers that the delivery was delayed and that they needed to pay more money for the pet. In some instances, the group would tell the victims that the pet had been exposed to the coronavirus and therefore would cost more.

In order to convince the victims, the group would sometimes send fake documents such as a “refundable crate and vaccine guarantee document” supposedly issued by the Supreme Court and bore the seal of the court along with the signature of a Clerk of the Court.

Among the victims of the scam include a resident of New Brighton, Pennsylvania, who paid $9,100 for a mini-dachshund that she never received. The conspirators claimed that the money was for shipping, insurance and other costs related to the fake animal’s exposure to the coronavirus.

Bobga was arrested in Cluj, Romania on Dec. 3 and is charged with conspiracy to commit wire fraud, forging a seal of the U.S. Supreme Court and aggravated identity theft.

The Better Business Bureau (BBB) estimates that Americans will have lost more than $3 million during 2020 due to pet scams. The BBB notes that due to the virus there has been an increased demand for pets, giving way to nearly 4,000 pet fraud claims reported throughout the U.S. and Canada alone.

“COVID-19 has made for a long and uncertain year, and a ‘quarantine puppy’ or other pet has proven to be a comfort for many people, but it also has created fertile ground for fraudsters,” BBB St. Louis president and CEO Michelle L. Corey said in a statement. “People currently shopping for pets online are prime targets for fraudsters trolling the internet looking for want-to-be pet owners.”