Two of President-elect Joe Biden’s cabinet selections successfully lobbied the Clinton White House on behalf of a cocaine trafficker seeking early release from prison, according to a 2002 congressional report on the Clinton-era “Pardongate” scandal.

The report, from the House Committee on Government Reform, detailed Xavier Becerra and Alejandro Mayorkas’s efforts to secure a presidential commutation for Carlos Vignali, who was sentenced to 15 years in prison in 1994 for drug trafficking.

The report from the House committee asserted that Mayorkas’s advocacy was “totally inappropriate” given his position as a federal prosecutor. The report also detailed evidence that Vignali’s father, Horacio Vignali, made a series of campaign contributions to Becerra, who currently serves as California’s attorney general.

The issue of presidential pardons is poised to come roaring back in the waning days of President Donald Trump’s administration. The president has already come under scrutiny for pardoning Michael Flynn, his former national security adviser.

Largely forgotten over the past two decades is the slew of pardons and commutations that President Bill Clinton issued before leaving the White House, a scandal which came to be known as “Pardongate.”

Becerra and Mayorkas could face questions during their Senate confirmation hearings over their role in the Vignali clemency process, one of the more prominent cases that falls under the Pardongate umbrella.

Mayorkas gave a conflicting account of his role seeking commutation for Vignali during a Senate confirmation hearing in 2013 to serve as deputy secretary of DHS.

He said at the hearing that he advocated for Vignali after being contacted by the Clinton White House, but the House report cited an email from Mayorkas that said otherwise, The Wall Street Journal reported in 2015.

The House report cites an email that Mayorkas wrote to his staff in 2001 in which he said he “called the White House counsel’s office” regarding Vignali and conveyed support for a commutation. He also apologized for his role in the Vignali case.

Allegations of bribery also swirled around Vignali’s commutation, though neither Mayorkas nor Becerra were accused of any wrongdoing in that regard.

According to the House report, Hillary Clinton’s younger brother, Hugh Rodham, was paid $204,200 for two months of work that involved contacting the White House in support of Vignali’s release from prison.

Rodham received nearly all of his payment — $200,000 — on Jan. 24, 2001, days after Clinton left office. House investigators asserted that the timing of the payment indicates that Rodham’s payment “was contingent upon his success” in helping Vignali get out of jail.

The House report also revealed that Rodham was paid $230,000 to secure a pardon for Glenn Braswell, the owner of an herbal supplement company who was under investigation for tax evasion.

The House report on the Vignali case said that a “key element” in the campaign to free the convicted drug dealer was a series of letters from prominent Los Angeles-area politicians, including Becerra.

Becerra submitted a letter to Clinton on Nov. 21, 2000, in which he recommended “a full evaluation of this case to determine if justice has been achieved in the case of Mr. Vignali.”

“In the interest of redeeming the life of a young man, I respectfully urge you to weigh a few factors in Mr. Vignali’s favor,” Becerra wrote.

The House report notes: “A number of these letters contained misleading statements calculated to create the impression that Carlos Vignali was innocent.”

Bruce Lindsey, a close Bill Clinton ally who served as deputy White House counsel, told the House committee that he changed his mind in favor of commutation for Vignali after hearing from Mayorkas. Mayorkas said he contacted Lindsey in January 2001 after Horacio Vignali asked him to do so.

Becerra told the committee that he reached out to Mayorkas in early 1999, on behalf of Horacio Vignali, who he considered a longtime friend. Becerra also contacted Roger Adams, the U.S. pardon attorney, regarding Viganli’s case on Oct. 13, 1998, according to the House report. 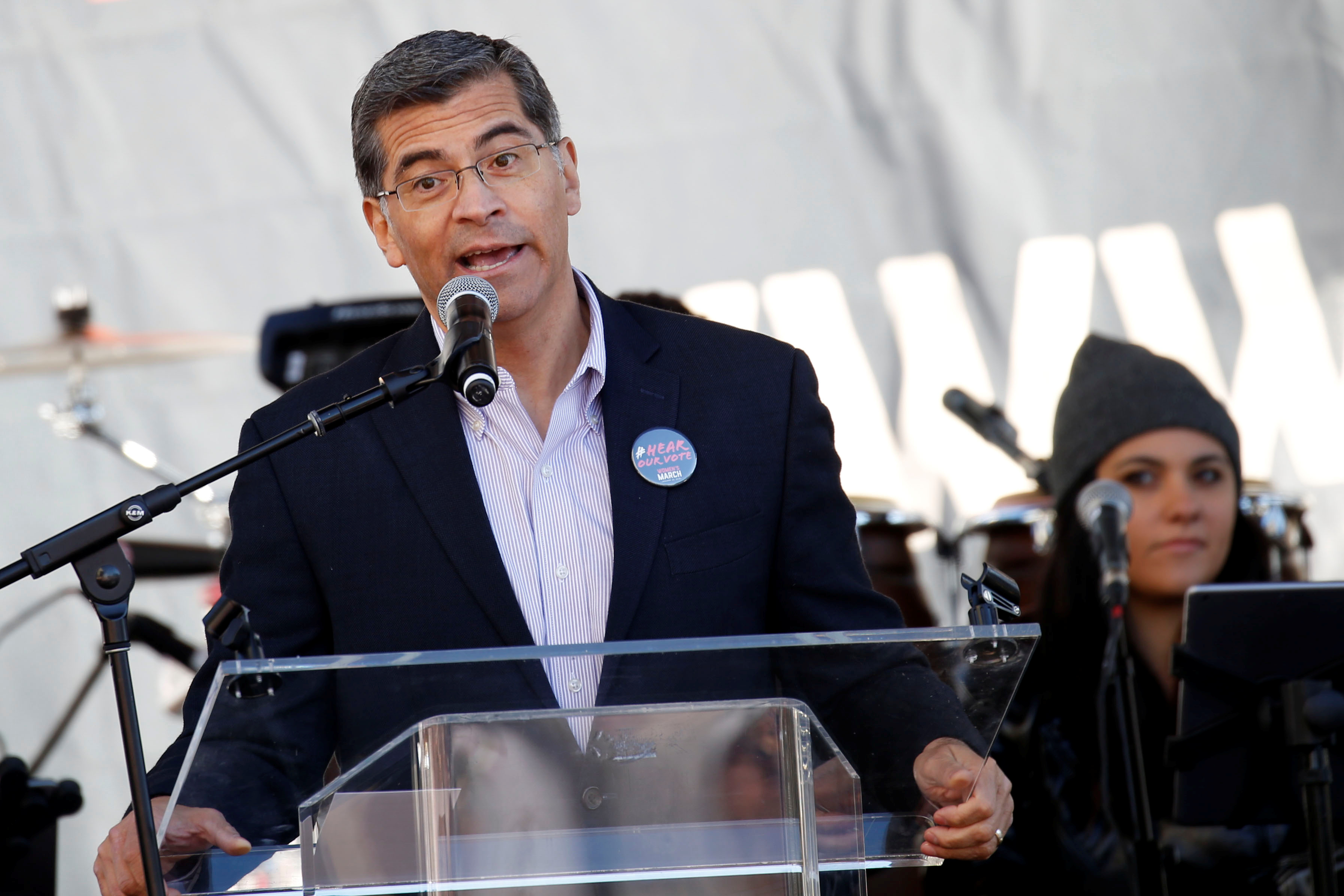 Mayorkas told the House committee that he contacted the federal prosecutor who handled Vignali’s case, Todd Jones, after Becerra’s outreach in order to obtain additional information about the case.

The report said Jones told Mayorkas that Viganli was “bad news” and a “major player” in the drug trafficking world. He also warned Mayorkas, “don’t go there,” in terms of seeking clemency for Vignali.

Mayorkas met with Horacio Vignali after speaking with Becerra and discussed presidential clemency for Carlos Vignali, according to the House investigation.

“Over the next two years, Mayorkas would see Horacio Vignali at various community events and at several one-on-one meetings with Vignali,” the report said.

Jones told House investigators that he was “troubled” by Mayorkas’s intervention in the Vignali case, saying that Mayorkas should “stay the hell away from it” since he was not involved in prosecuting Vignali.

The House committee reprimanded Mayorkas for pursuing commutation despite warnings from Jones.

According to Clinton staffers, Becerra “peppered” the White House with phone calls advocating for Vignali.

Clinton also pardoned Marc Rich, a billionaire businessman who had gone on the lam after being convicted of tax evasion.

Mayorkas came under scrutiny during the Obama administration for his links to another Hillary Clinton brother, Tony Rodham.

In 2015, the Department of Homeland Security inspector general released a report that said that Mayorkas had “exerted improper influence” when he was director of U.S. Citizenship and Immigration Services to help prominent Democrats gain approval to do business under the EB-5 visa program.

The program granted green cards to foreign nationals who invest at least $500,000 to U.S. companies.