Pope Francis will make a historic visit to Iraq in March, breaking a 15 month hiatus from travel to visit the beleaguered country, the Vatican reported Monday.

The trip to Iraq will include visits to the capital, Baghdad, along with “the plan of Ur, linked to the memory of Abraham, the city of Ernie, as well as Mosul and Qaraqosh in the plan of Nineveh,” the Holy See’s press office announced. 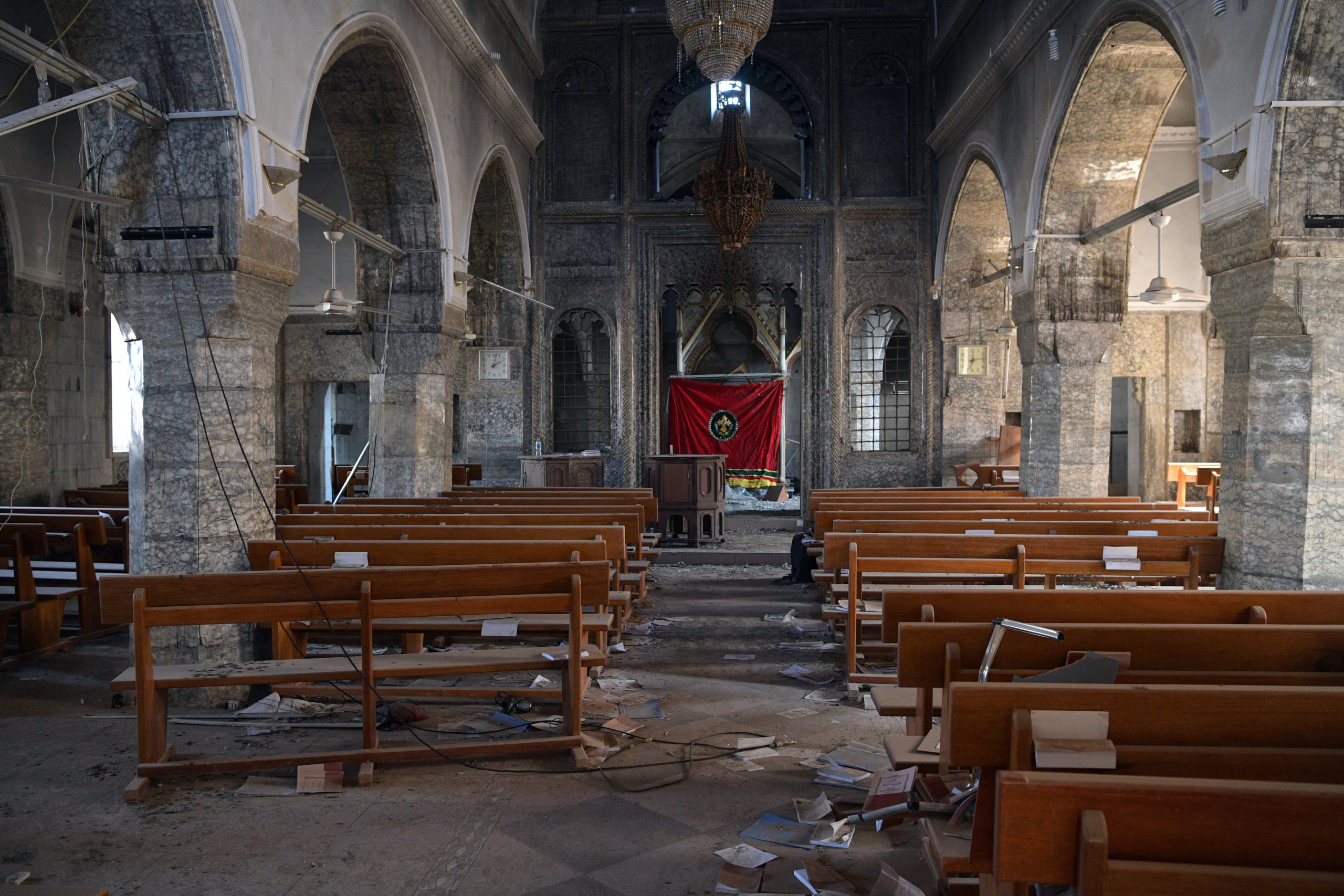 BARTELLA, IRAQ – OCTOBER 23: A church that was partially destoyed by Islamic State is pictured during the offensive to recapture the city of Mosul from Islamic State militants, on October 23, 2016 in Bartella, Iraq. (Photo by Carl Court/Getty Images)

Francis, like his predecessor Pope St. John Paul II, had expressed a desire to visit Iraq, where the Christian population has faced persecution and displacement. The status of the pandemic and how it has evolved will also be taken into consideration as an itinerary is developed for the four-day visit.

“I think constantly of Iraq – where I want to go next year – in the hope that it can face the future through the peaceful and shared pursuit of the common good on the part of all elements of society, including the religious, and not fall back into hostilities sparked by the simmering conflicts of the regional powers,” Francis said in 2019.

Iraqi President Barham Salih officially invited Francis in 2019 to visit, but security concerns due to the pandemic delayed plans.

John Paul II was unable to visit in 2000 despite hopes to do so when negotiations with Iraqi leader Saddam Hussein broke down. Francis would be the first Catholic pontiff to visit Iraq.

Cardinal Louis Raphael Sako, the Patriarch of Babylon of the Chaldeans, said that Francis’ visit would bring Iraqis “his support and also a word of hope” following the Monday announcement, and noted the plight of the country. 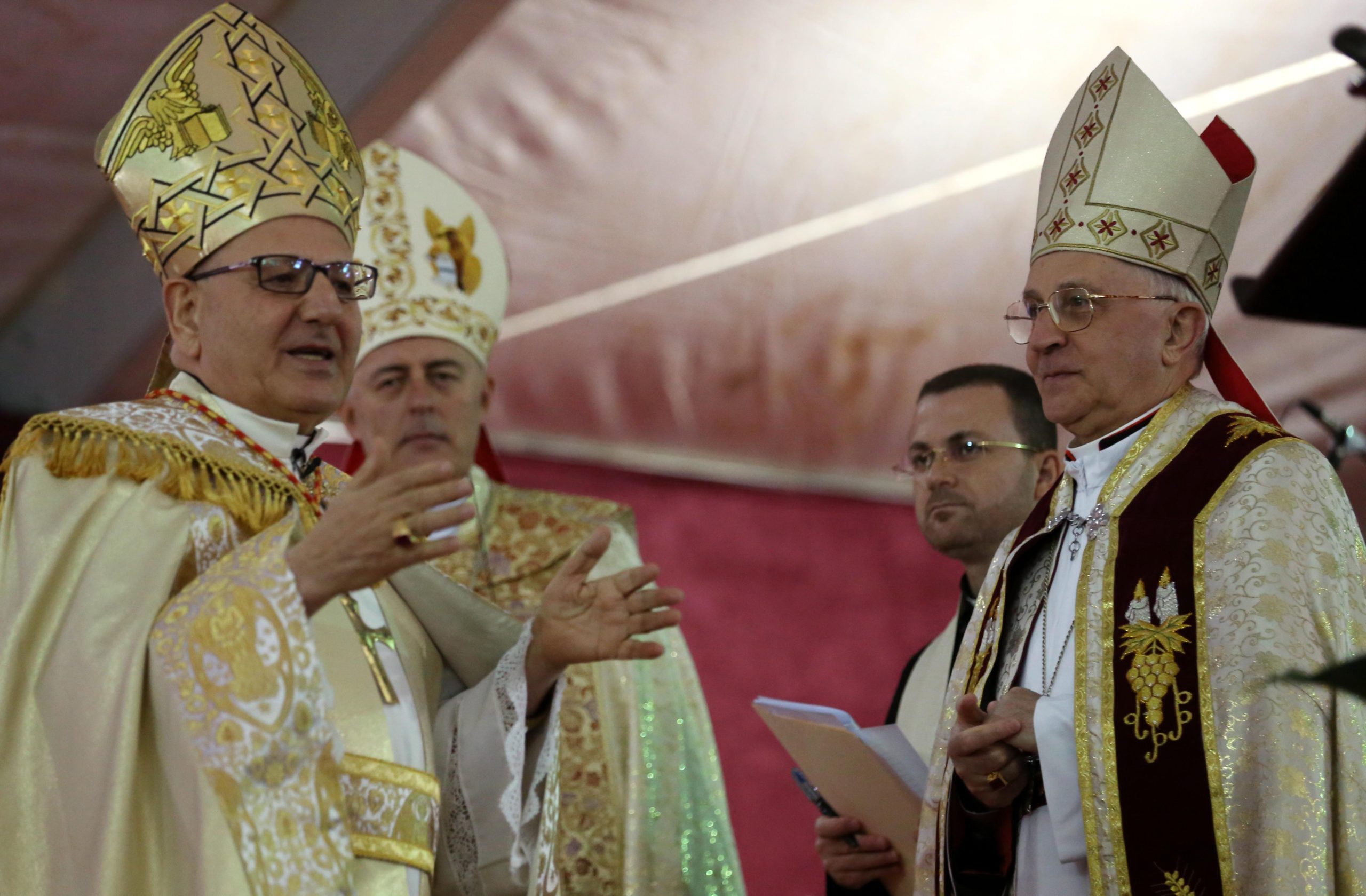 Cardinal Fernando Filoni (R), Pope Francis’ special envoy to Iraq, listens to the Patriarch of the Chaldean Church, Louis Raphael Sako (L) speaking during a mass for Easter celebrations, attended by Iraqi Christians who fled the violence in the northern Iraqi city of Mosul, on April 4, 2015 in Arbil, the capital of the Kurdish autonomous region in northern Iraq. (SAFIN HAMED/AFP via Getty Images)

“We are living in a bad situation – not only the pandemic but also the political situation, [the] economic situation,” he said, the Vatican reported.

He added that Francis’ visit would be especially important given the exodus of Christians from the country, and the threatening circumstances Christians who remain in Iraq must live under.

“It gives us great hope to hear his speeches and his encouragement to remain in our land.”

The U.K.’s former foreign Secretary Jeremy Hunt ordered a report published in 2019 that found that since the U.S. invasion of Iraq in 2003, the Christian population had fallen from 1.5 million people to less than 120,000 in the country. 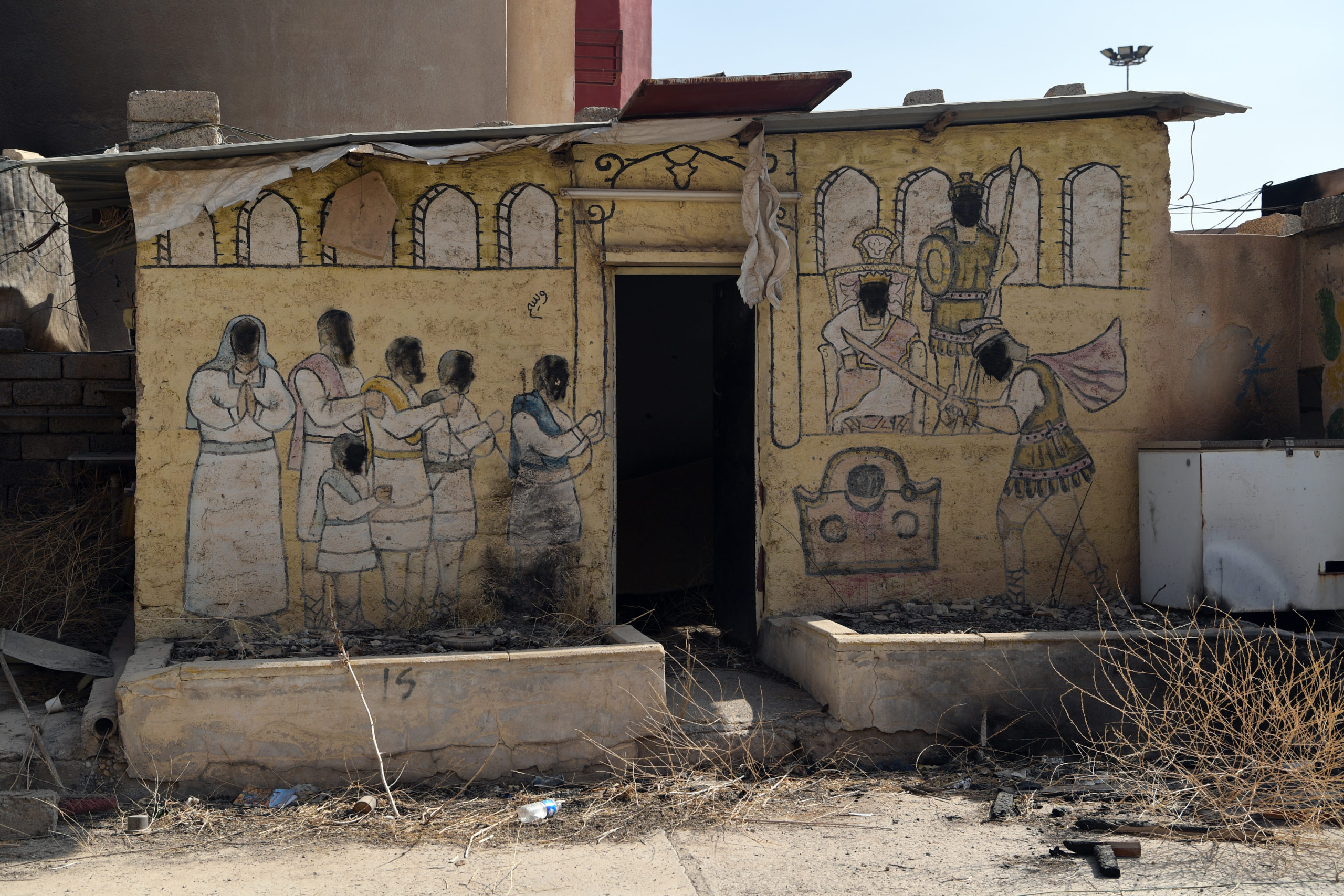 BARTELLA, IRAQ – OCTOBER 23: Faces of characters from a biblical scene painted on the side of a church have been defaced by Islamic State during their occupation of the predominantly christian village of Bartella which was recently retaken by Iraqi forces during the offensive to recapture the city of Mosul from Islamic State militants, on October 23, 2016 in Bartella, Iraq. (Photo by Carl Court/Getty Images)

Christians in Iraq have faced multiple episodes of genocide over the last century, most recently at the hands of ISIS, which killed Christians as they worshipped in church, often marking their homes with the Arabic letter “N” which meant “Nasrani”, or Christian. ISIS destroyed some of Iraq’s ancient Christian sites like Dair Mar Elia, the oldest monastery in the country, in its campaign. In Mosul, most churches within the city were destroyed. (RELATED: Future Of Middle East Christians Looks Bleak, Experts Say — Will A Biden Administration Take Steps To Protect Them?)