The Conservative Political Action Conference (CPAC), hosted by the American Conservative Union, will be held in person in Orlando, Florida, according to Fox News.

CPAC will be a four-day in-person event at the Hyatt Regency in Orlando, Florida, Fox News reported. The in-person conference will span from Feb. 25 to 28, but it will have several virtual components as well, according to Fox News. (RELATED: Trump Imposter Who Crashed CPAC Was Sacha Baron Cohen Filming For New ‘Borat’ Movie)

CPAC is moving from Maryland to Florida this year, per Fox News https://t.co/riWtC8mFGu pic.twitter.com/OkEBAV3fXA

“For the first time ever, our annual CPAC meeting is moving outside of DC to Orlando, Florida,” American Conservative Union chairman Matt Schlapp said in a statement, according to Fox News.

For the last eight years, CPAC was held at the Gaylord National Resort & Convention Center just outside of Washington, D.C., in Maryland, Fox News reported. CPAC attracted nearly 20,000 attendees in February of 2020 before lockdowns and other public health measures were put in place because of the coronavirus pandemic.

The annual conference for conservatives has been held since 1974, and has always been in the Washington, D.C. area, Fox News reported. Coronavirus lockdowns in the area have kept the Gaylord National Resort and other hotels in the area closed to conferences. 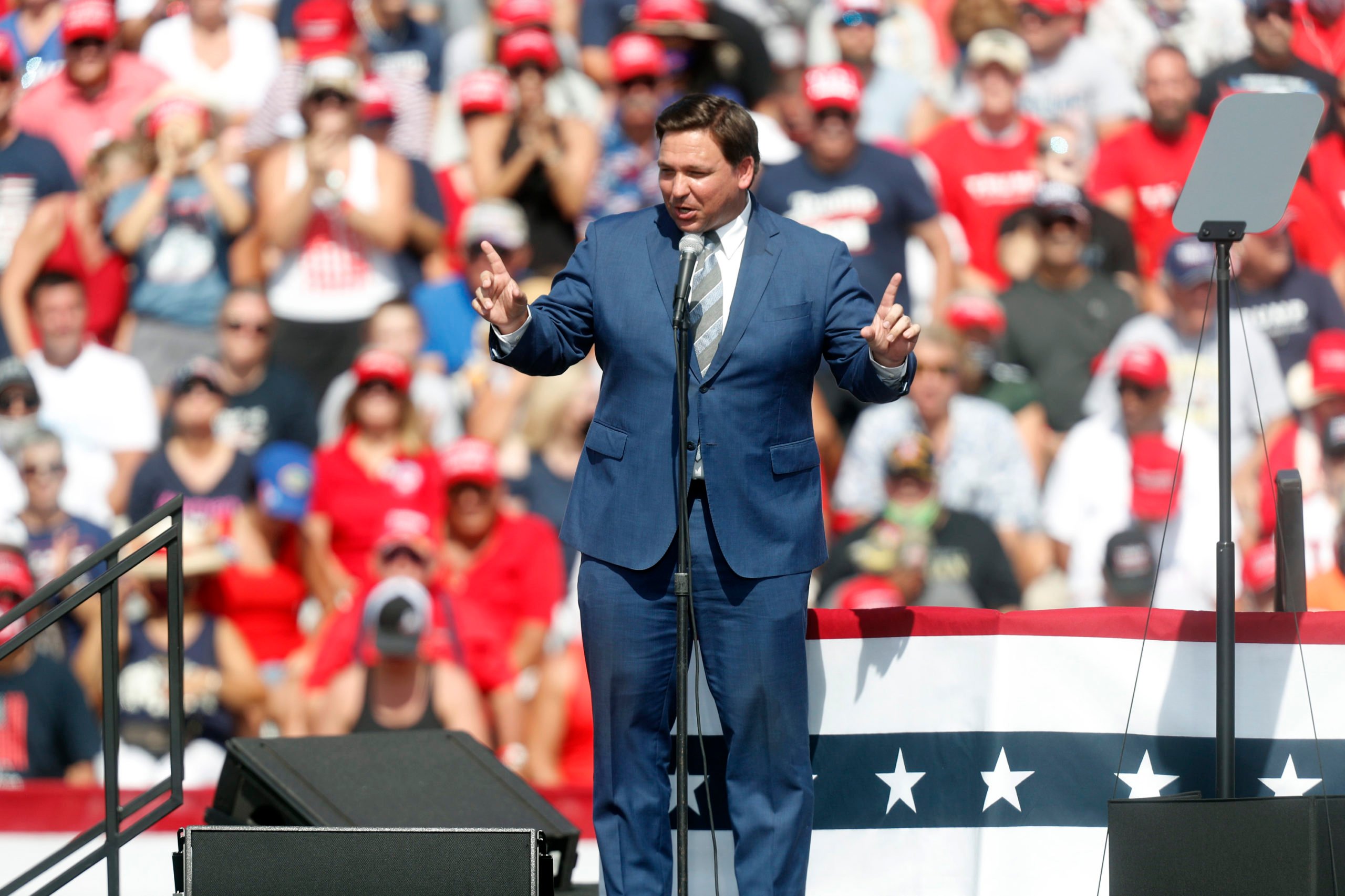 TAMPA, FL – OCTOBER 29: Florida Governor Ron DeSantis speaks to supporters of President Donald Trump before he arrives to give a campaign speech just four days before Election Day outside of Raymond James Stadium on October 29, 2020 in Tampa, Florida. (Photo by Octavio Jones/Getty Images)

In Florida, public health policies regarding coronavirus are different. The state, while recommending face masks, is one of around a dozen states to not have a mask mandate, according to Fox News. Orange County, Florida, where the conference is to be held, does require masks to be worn in public places. Republican Florida Gov. Ron DeSantis has opposed local enforcement of mask mandates.