Joe Biden pledged to reopen a majority of the nation’s schools within the first 100 days of his presidency, as long as Congress provides enough funding for students and teachers to return, numerous sources reported.

While introducing a team of health experts during an event in Delaware, Biden said he plans to use his first 100 days to distribute at least 100 million coronavirus vaccines, adding that “it should be a national priority to get our kids back into school and keep them in school,” the Associated Press (AP) reported. 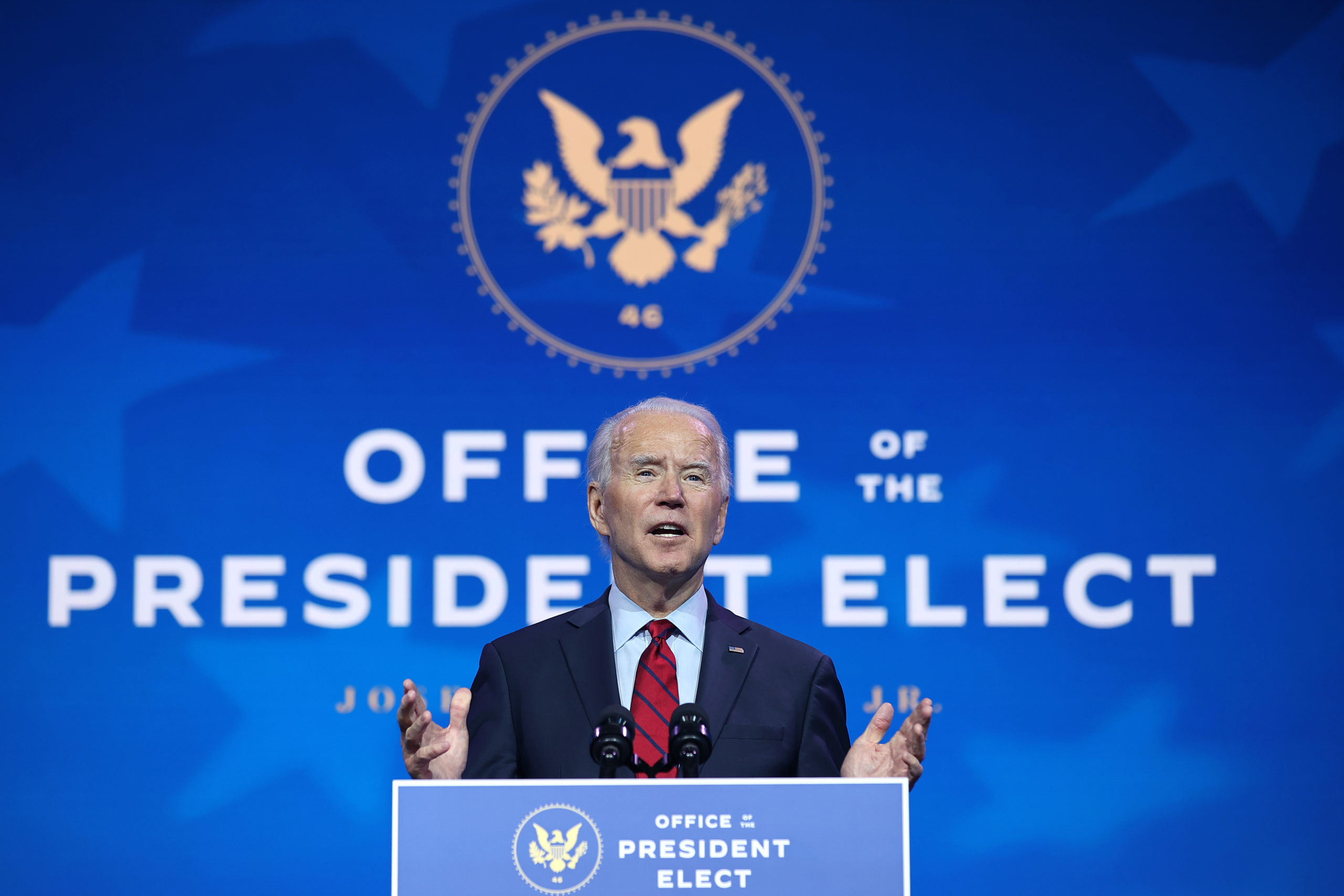 WILMINGTON, DELAWARE – DECEMBER 08: U.S. President-elect Joe Biden announces the members of his health team, including his pick for secretary of Health and Human Services Xavier Becerra, at the Queen Theater December 08, 2020 in Wilmington, Delaware. (Photo by Chip Somodevilla/Getty Images)

“If Congress provides the funding, we need to protect students, educators and staff. If states and cities put strong public health measures in place that we all follow, then my team will work to see that the majority of our schools can be open by the end of my first 100 days,” he continued.

While many schools are offering hybrid learning models, some of the nation’s largest school districts are closed for in-person learning, many with an indefinite return date. Some districts with reopening dates, including Chicago Public Schools, are being challenged by teachers unions seeking to delay returns.

Teachers unions have suggested that teachers be among the first groups to receive the coronavirus vaccine, which they say would make reopening easier. (RELATED: Dr. Fauci Said To Reopen Schools, And Close Bars — But Major School Districts Continue To Stay Closed)

Biden said that officials would prioritize getting vaccines to teachers after vulnerable groups and frontline health care workers had gotten them, but gave few other details about his plan to reopen schools, according to the AP.

The Biden-Harris campaign called for more than a dozen measures to take place before reopening schools on their website. Among them is passing an emergency package that would cover the $30 billion schools need to reopen safely, the website says.

Although the federal government would help establish “basic, objective criteria” for reopening, the final decision for reopening would be the responsibility of state and local officials, according to the site. 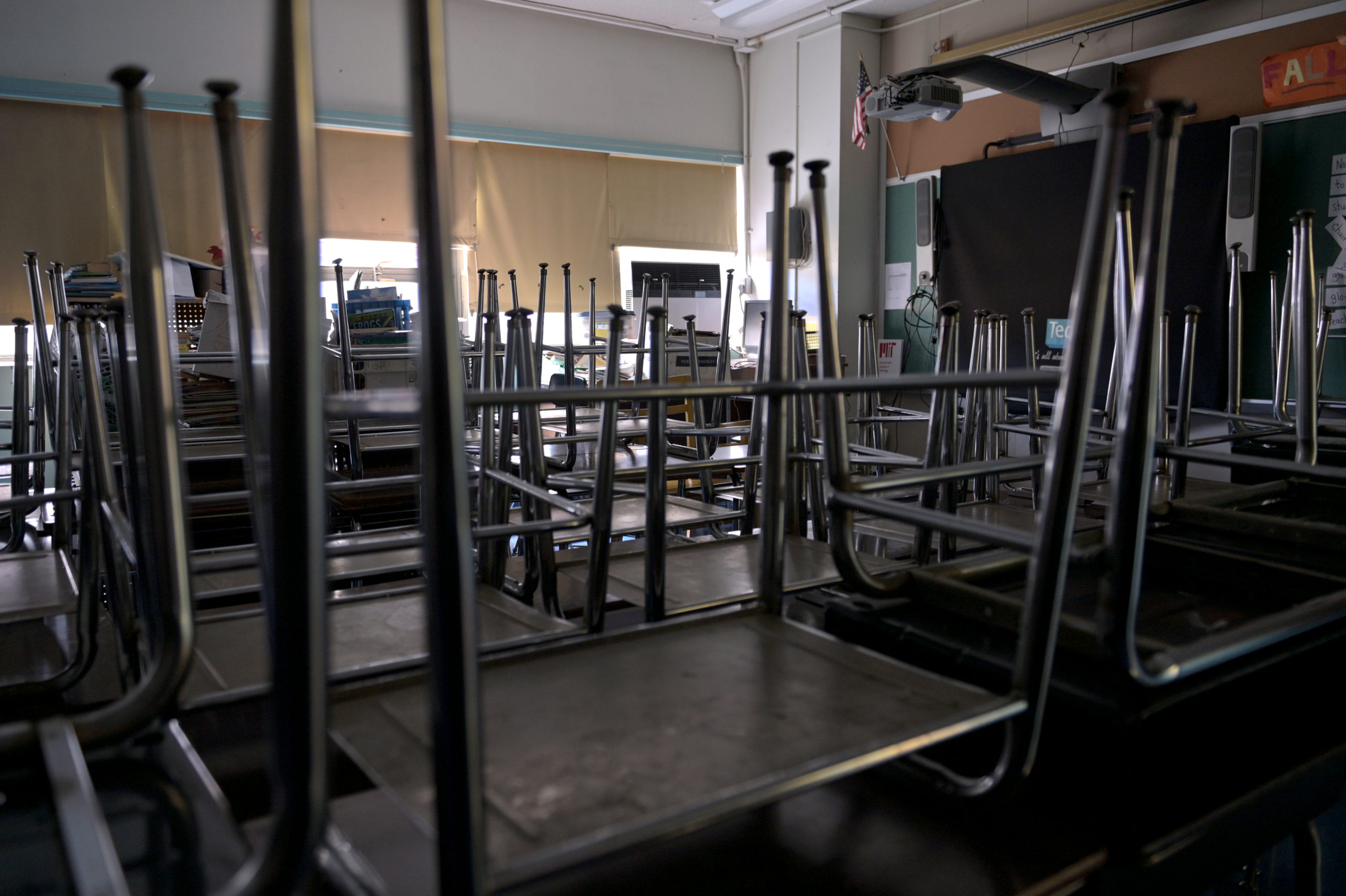 NEW YORK, NEW YORK – NOVEMBER 19: A classroom is empty with the lights off on what would otherwise be a blended learning school day on November 19, 2020 at Yung Wing School P.S. 124 in New York City. (Photo by Michael Loccisano/Getty Images)

President Donald Trump has touted the $13 billion in funding delivered to schools through the Coronavirus Aid, Relief and Economic Stability (CARES) Act, and has called on schools to safely reopen based off of Centers for Disease Control and Prevention (CDC) guidelines. The White House has warned of the “unintended consequences” of not reopening schools, such as causing long-term damage to childhood development and disproportionally impacting minority and low-income students.

The White House has also pointed to the low risk of serious illness among children, a point that infectious disease expert Dr. Anthony Fauci echoed in November when he said “the spread among children and from children is not really very big at all,” and recommended that schools reopen while bars remain closed. Teachers and students who are high risk can choose to work from home, the Trump administration recommended.

Teachers unions have criticized Trump for his push to reopen schools, warning of a mass exodus of teachers as a result of his threats to slash funding for schools that didn’t reopen. The American Federation of Teachers, one of the nation’s largest teachers unions, called his demands to reopen schools “unconscionable” and politically motivated.

Congressional Democrats have also rebuked Trump, including House Education and Labor Committee Chairman Bobby Scott of Virginia, who said that the Trump administration was threatening to flout expert advice and encourage schools to reopen, which he called “irresponsible” and “dangerous.”

Biden cautioned that “things may well get worse before they get better,” but was hopeful that a vaccine could soon be made available.

The Food and Drug Administration (FDA) announced Tuesday that after its review of the Pfizer vaccine, it can confirm its safety and efficacy as well as the vaccine’s ability to begin protecting people after the first dose.

The conclusion means that regulators will likely soon authorize the vaccine. A meeting for the decision is scheduled for Dec. 10, and vaccine deliveries following the green-light from the FDA would be enough for 20 million people and could be distributed throughout December.

“We need to level with one another. It will take longer than we would like to distribute it to all corners of the country,” Biden said.