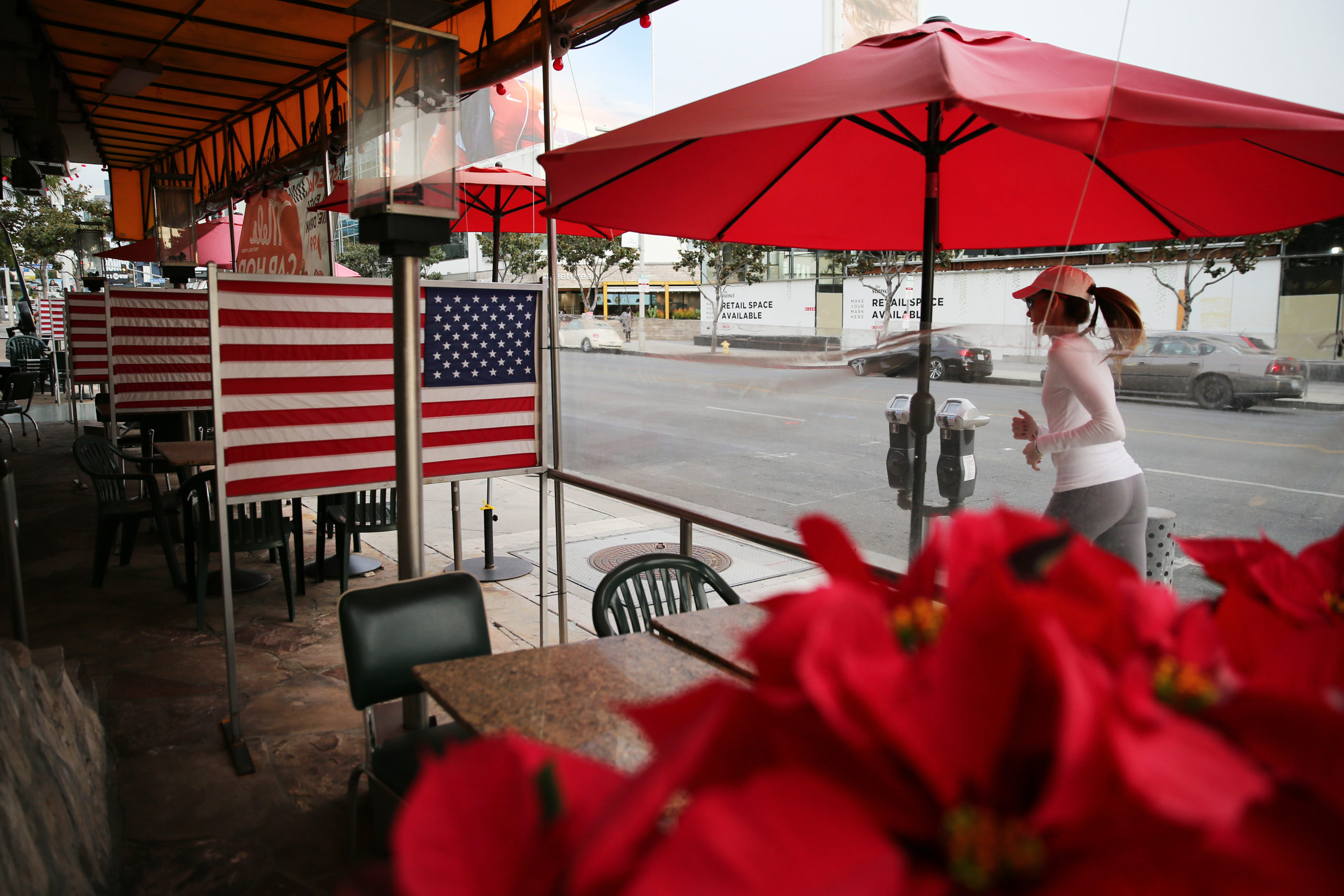 “By failing to weigh the benefits of an outdoor dining restriction against its costs, the county acted arbitrarily and its decision lacks a rational relationship to a legitimate end,” he wrote in the ruling.

More than 80% of Californians are under stay-at-home-orders that went into effect on Monday due to a surge in coronavirus cases and in some counties, intensive care units that were near capacity. Restaurants and hair and nail salons were ordered to close under the new measure.

Chalfant addressed the rising number of cases that were “burdening the health care system,” making action necessary, but said the county provided “generalized evidence” of the risk of infection from dining outdoors.

The outdoor dining ban was initially scheduled to last three weeks but was then made indefinite, according to the Los Angeles Times. Chalfant declined to take action to lift the ban during an initial Dec. 2 hearing, but told the county to provide evidence that outdoor dining created a risk of coronavirus transmission, and set a hearing for Tuesday.

Chalfant limited the dining ban to three weeks and ordered county health officials to conduct a risk-benefit analysis before extending the closures which, at a minimum, would last until Dec. 27. 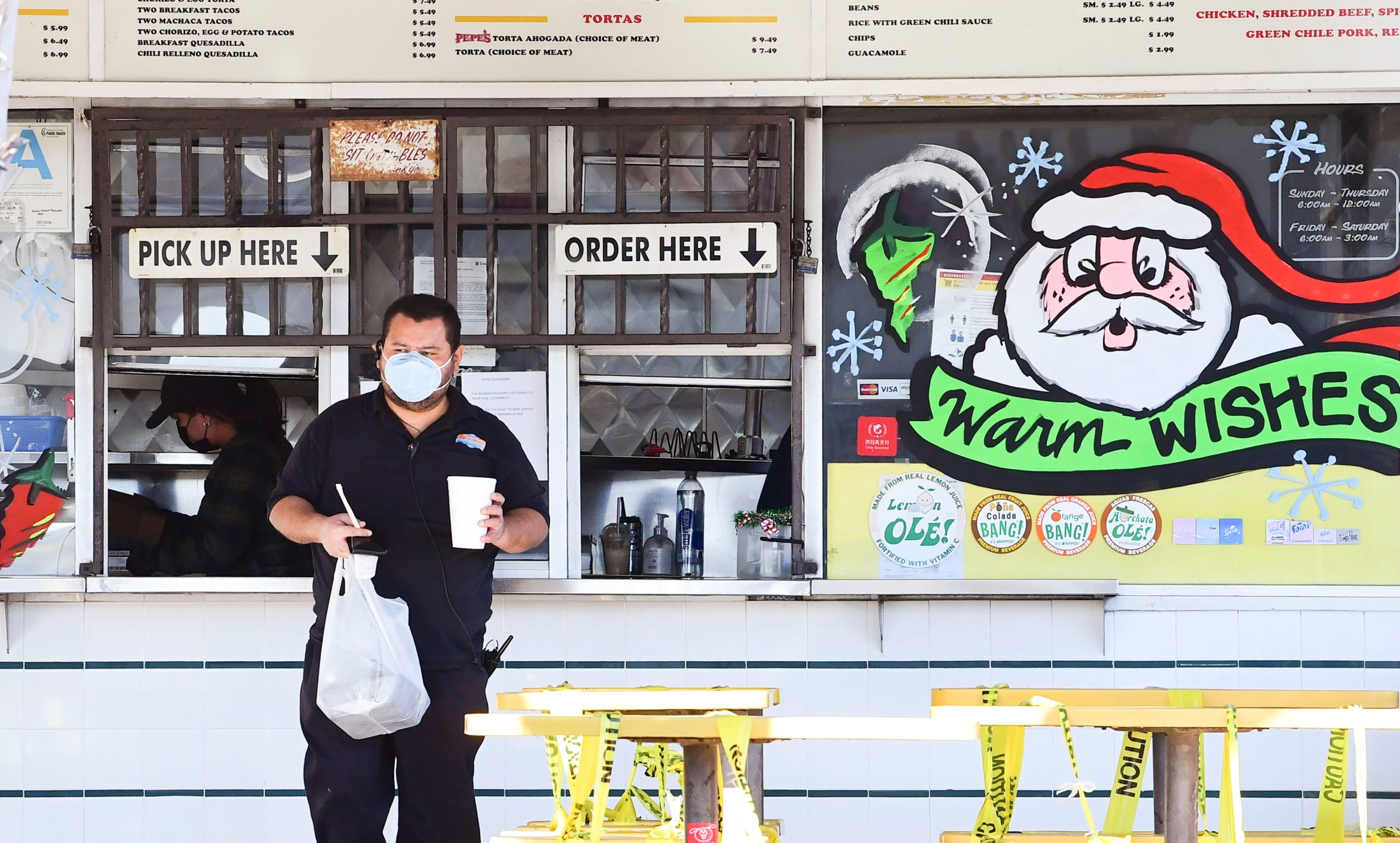 A customer receives his takeout order from a restaurant in Los Angeles, California on December 1, 2020. (Photo by FREDERIC J. BROWN/AFP via Getty Images)

“You don’t just talk about the risk of spreading disease,” he said at the Dec. 2 hearing. “You have to talk about the benefit of keeping restaurants open.”

Restaurant owners and employees have decried the ban for the financial harm it would inflict on thousands of restaurant workers, especially before Christmas. Nearly 1 in 6 restaurants were closed either permanently or long-term as of September, and the industry was expected to lose $240 billion in sales by the end of 2020, the National Restaurant Association found in a survey.

The Centers for Disease Control and Prevention (CDC) says that food service limited to take-out dining rather than dining on-site carries the lowest risk of coronavirus exposure. Outdoor dining carries “more risk,” while indoor seating is in the “highest risk” tier.