McAuliffe, a Democrat who served as governor from 2014-2018, was succeeded by Lt. Gov. Ralph Northam. Virginia state law prevents an incumbent governor from seeking reelection, but allows past governors to seek their old position once somebody else has served in the position.

McAuliffe announced his bid in front of an elementary school in Richmond, emphasizing how the coronavirus pandemic has worsened inequalities in education.

“This pandemic is a turning point in our lives, and our goal can’t be just to go back to where we were before,” he said. “We need to think big and act bold to take Virginia to the next level. And the one thing that has the opportunity to lift up all Virginians is education.”

Despite already having served a term as Virginia’s governor, he faces an already crowded field of candidates vying for the job.

In addition to Lt. Gov. Justin Fairfax, Del. Jennifer Carroll Foy and state Sen. Jennifer McClellan have launched their own bids. All three candidates are black, and in a state becoming more and more Democratic whose growth has been fueled by its rapidly-diversifying D.C. suburbs, some have already voiced their opposition to his latest bid. (RELATED: Justin Fairfax Announces Bid For VA Governor)

“And frankly, you’ve got two candidates that voters have an opportunity to elect at the office that both come from different qualifications, experiences, but particularly lived experiences as Black women,” she added.

Before serving as Virginia’s governor, McAuliffe chaired the Democratic National Convention from 2001 to 2005 and chaired Hillary Clinton’s failed presidential bid in 2008. 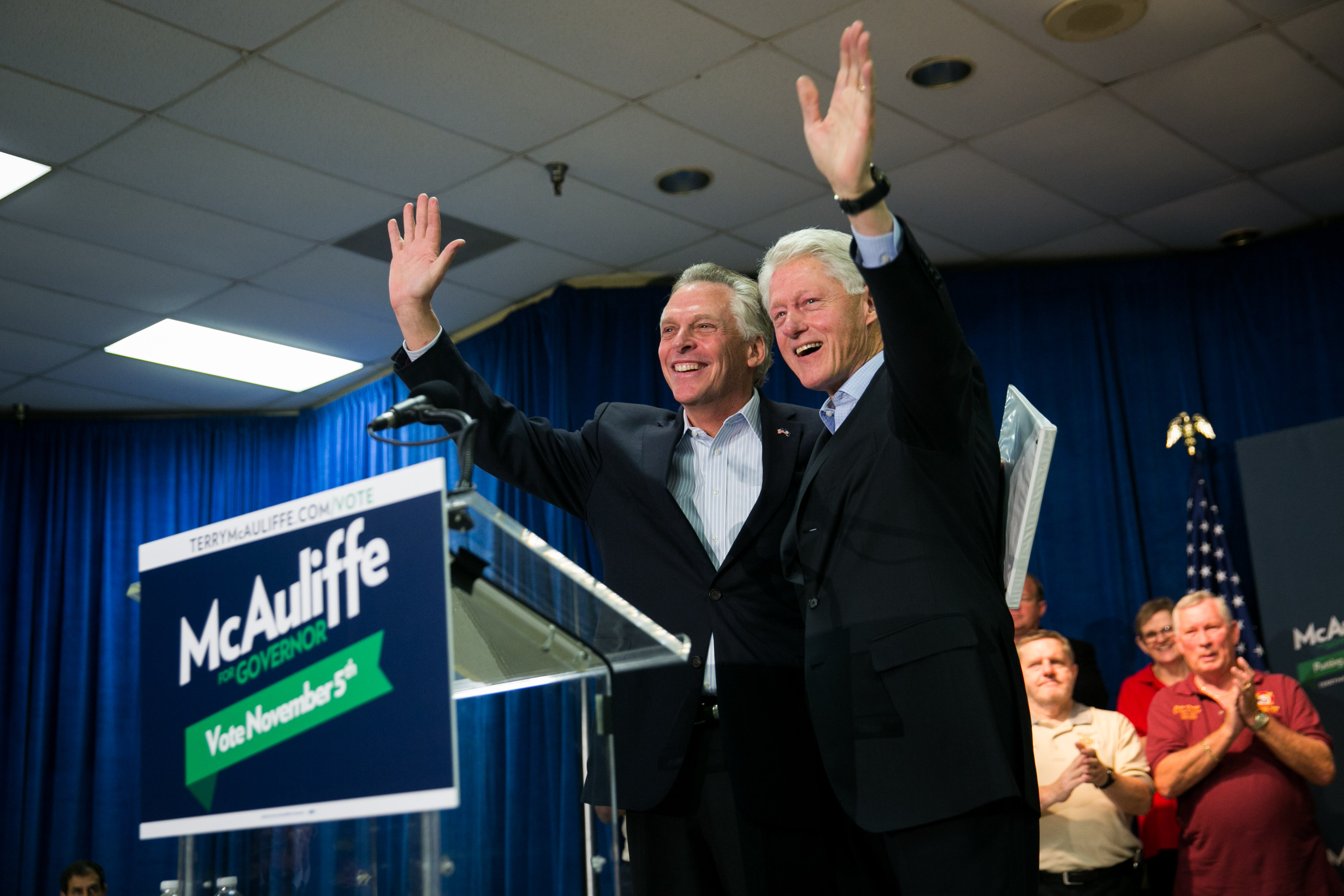 After leaving office he briefly worked as a political commentator for CNN.

Even before he officially entered the race, McClellan voiced her opposition to his candidacy in a statement reacting to reports of his candidacy.

“At this time of tremendous change and challenge, Virginia must look to the future for leadership,” she said. “We need a governor who can rise to the moment to deliver the solutions Virginia families need: with a forward-looking approach to rebuilding our economy in every community while addressing the health, education, climate and inequity crises we face.”

Her comments were echoed by Carroll Foy, who called McAuliffe a “career politician” who is “out of touch with every day Virginians.”

“Our future demands a leader with vision, creativity and tenacity to fight for what’s right… Terry McAuliffe is the wrong choice to move our commonwealth forward,” she said.