The Trump administration offered Congressional leaders a new coronavirus stimulus proposal Tuesday which includes both some aid for states and another round of direct payments to taxpayers.

The proposal marks a significantly smaller price tag than the $2.2 billion package pushed by House Speaker Nancy Pelosi and Democrats in recent months, but at $916 billion is slightly larger than the packages offered by both Senate Majority Leader Mitch McConnell and a bi-partisan group of lawmakers following the 2020 election. The new bill does not, however, offer any additional aid for weekly unemployment benefits, according to the New York Times. 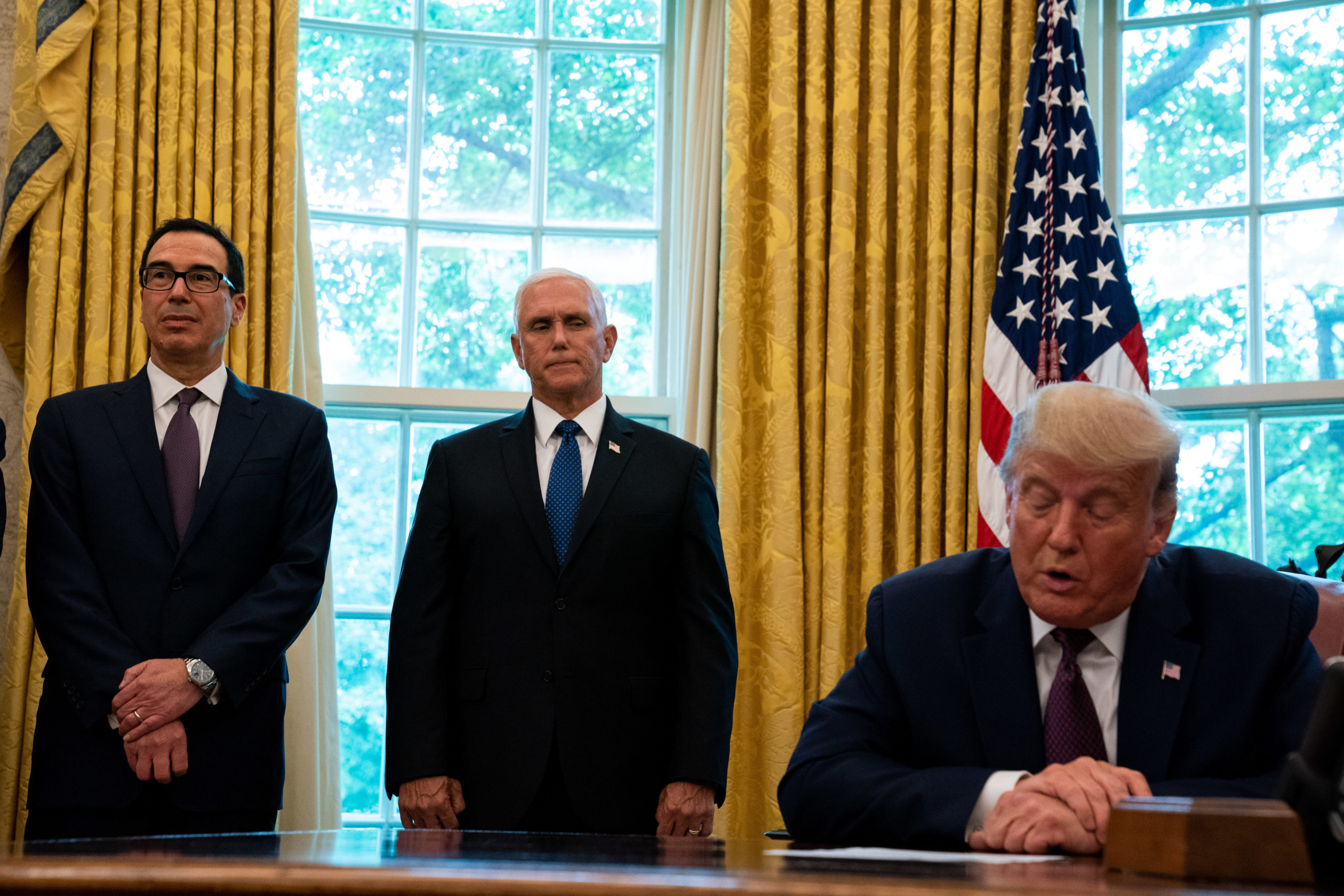 Treasury Secretary Steve Mnuchin confirmed in a statement that the administration intends on funding the package in part with the “$140 billion from the Paycheck Protection Program and $429 billion in Treasury funds.” (EXCLUSIVE: Trump Officials Maintain He’d Sign A Lame Duck Coronavirus Stimulus But Think It’s Unlikely He’ll Get The Chance)

He previously suggested that unused funds in the Federal Reserve’s coronavirus relief — set to expire December 31 — could be reallocated by Congress for any future coronavirus stimulus plans.

Senior White House officials have told Daily Caller that President Donald Trump will sign any coronavirus stimulus package that comes across his desk before leaving office, as he views the issue as critical to bolstering his chances in a potential 2024 presidential run. Still, multiple White House officials also told the Caller that they doubted a coronavirus aid bill would come across Trump’s desk before January 20 and noted that Biden’s team shot down recent reports that the president-elect was pressuring Democratic leadership to work with Republicans and pass a bill.