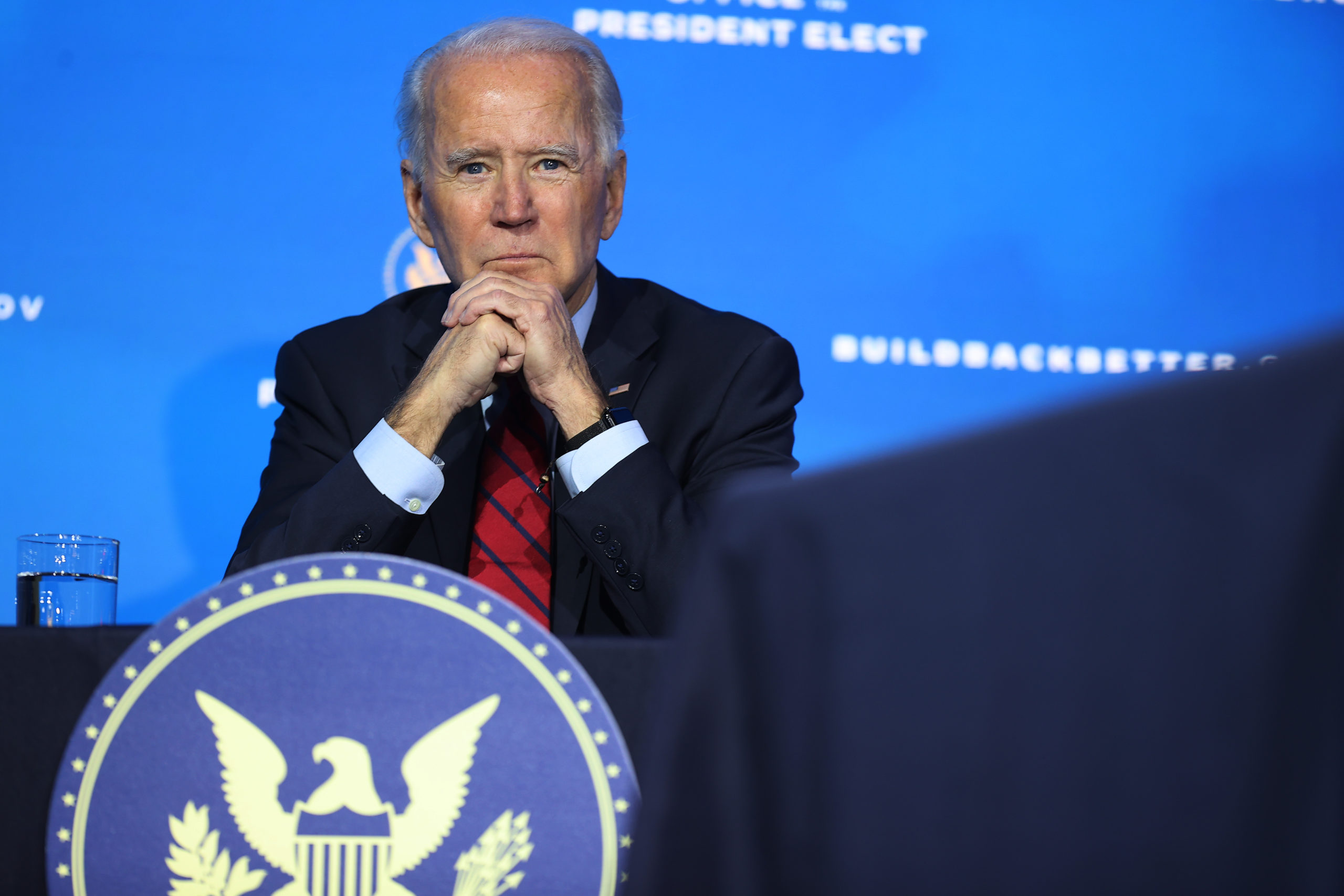 WILMINGTON, DELAWARE – DECEMBER 08: U.S. President-elect Joe Biden attends the announcement of the members of his health team, including his pick for secretary of Health and Human Services Xavier Becerra, at the Queen Theater December 08, 2020 in Wilmington, Delaware. With the novel coronavirus pandemic continuing to ravage the country with daily records for infections and deaths, members of Biden’s health team said they will make fighting COVID-19 the priority. (Photo by Chip Somodevilla/Getty Images)

NEWS: @JoeBiden will travel to Georgia to campaign for Jon @ossoff and @ReverendWarnock on Tuesday, December 15. The president-elect’s visit will happen during the first week of early voting for the January 5th Senate runoffs.

Despite calls from some of President Donald Trump’s supporters to boycott the Senate runoff, the president himself has urged Republicans to vote for Loeffler and Perdue to maintain the GOP’s majority in the Senate. He, Vice President Mike Pence and several high-profile Republicans have hosted a series of campaign rallies in recent weeks.

The White House did not immediately return Daily Caller’s inquiries on when or if the president will next rally in Georgia in support of the Republican candidates.