The FDA’s vaccine advisory panel voted 17-4 to approve Pfizer’s coronavirus vaccine for use, clearing the way for its approval and distribution nationwide.

After scouring over Pfizer’s data during the multi-hour meeting Thursday, the panel ensured that it was safe for the hundreds of million Americans expected to receive it in the coming months and voted to recommend approval. Though the panel’s decision is merely an advisory one, the FDA is expected to heed its recommendation and approve Pfizer’s vaccine as early as Friday.

The agency released over 100 pages of clinical trial data Tuesday touting the vaccine’s safety and effectiveness, a sign that it is prepared to swiftly grant emergency authorization following the panel’s recommendation.

Distribution could begin within 24 hours of the FDA authorization, and vaccinations could begin as soon as next week. Pfizer said that insulated containers containing its vaccine could be shipped “within hours” of being granted approval, and is standing by to distribute millions of doses from its plant outside Kalamazoo, Michigan, the Detroit Free Press reported Thursday. (RELATED: Pentagon To Receive 44,000 Doses Of Coronavirus Vaccine In First Delivery Phase)

The panel’s meeting was live-streamed in hopes that full transparency would increase public confidence in an eventual vaccine. Confidence in possible coronavirus vaccines hit a low-point in late summer but has steadily increased throughout the fall, with 63% of Americans surveyed in November saying that they would receive a vaccine once available to them.

Earlier in December, the United Kingdom and Canada authorized Pfizer’s vaccine for emergency use, and on Tuesday the U.K. became the first country to embark on its mass vaccination campaign in an effort to end the coronavirus pandemic.

Though health officials in the U.K. reported some temporary allergic reactions to the vaccine, they reaffirmed that it was safe and encouraged everybody with a history of severe allergies to receive it once available. 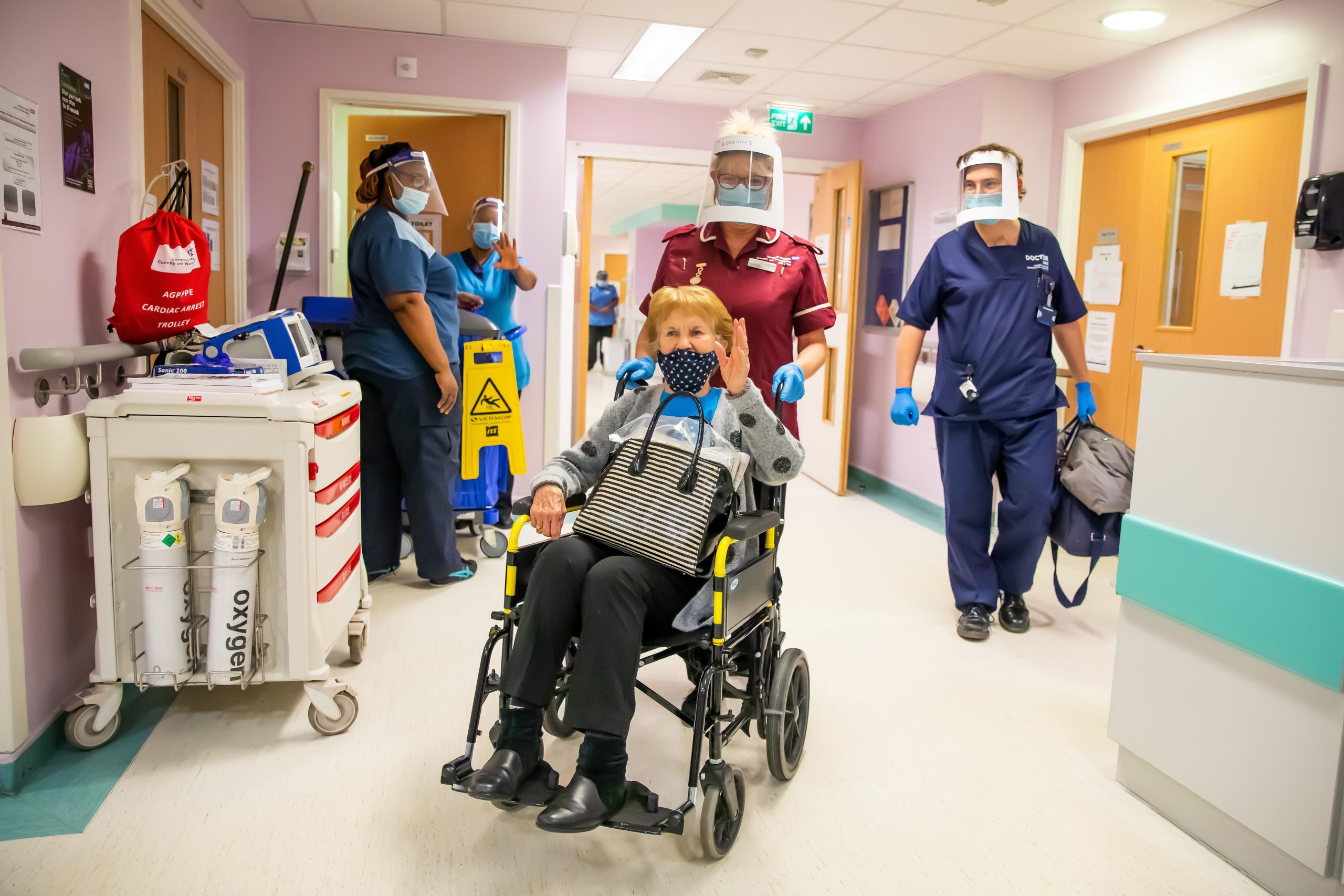 Margaret Keenan, 90, the first patient in the United Kingdom to receive the Pfizer/BioNtech covid-19 vaccine, prepares to leave University Hospital Coventry & Warwickshire, She received the first of two doses of the vaccine on December 8, 2020 in Coventry, United Kingdom. (Jonny Weeks/The Guardian – Pool/Getty Images)

Pfizer and BioNTech’s vaccine will likely secure governmental approval only 11 months after the drug makers began working on it, shattering all records relating to vaccine development, authorization and distribution. Pfizer released the results of its clinical trials showing its vaccine to be over 90% effective in November, reporting that the vaccine presented no major safety issues, though some trial participants reported experiencing minor, temporary side effects. (RELATED: Moderna’s Vaccine Is Nearly 95% Effective, Company Says)

In the United States the virus’s surge has exacerbated the need for a vaccine, public health officials say, as the country has seen record case counts, hospitalizations and deaths in recent days. The virus has infected nearly 15.5 million Americans to date and killed over 290,000, according to a Johns Hopkins University database.