Federal Immigration Officials said that they are unable to arrest criminal immigrants who had been released by court-order because of the pandemic, according to The Washington Examiner.

An Immigration and Customs Enforcement (ICE) spokesman said that the agency has not rearrested criminals who it knows have reoffended. A US district judge barred Adelanto and four other facilities from filling their detention centers to full capacity, The Washington Examiner reported Thursday. (RELATED: ICE Arrests 52 Illegal Immigrants In Four-Day Operation In Texas, 35 Had Criminal Records)

Over 250 detainees at the Adelanto Immigration and Customs Enforcement Processing Center were released by court order because of the pandemic. However, ICE officials in California said that six criminals have been rearrested by local law enforcement for new charges after being released six weeks ago, according to The Washington Examiner. 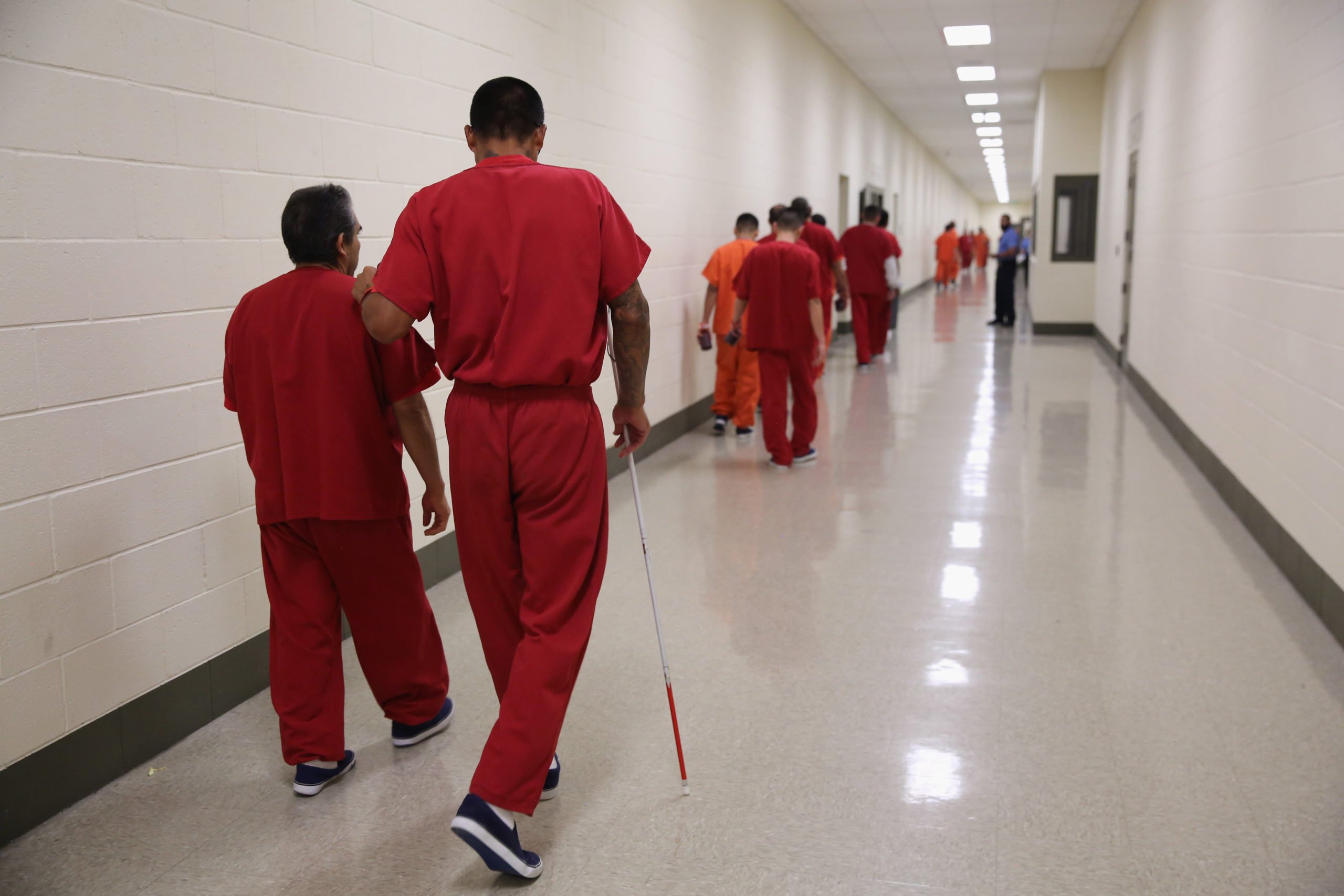 A blind detainee walks with a fellow immigrant at the Adelanto Detention Facility on November 15, 2013 in Adelanto, California. (Photo by John Moore/Getty Images)

“U.S. Immigration and Customs Enforcement (ICE) was very clear that having its hands tied – not being able to process new intakes, an inability to transfer detainees to other detention facilities, and being forced to release egregious criminals from custody – would have a negative impact on the communities its officers are sworn to protect … Now we see that this order has resulted in criminals being rearrested, not only for outstanding warrants, but for new crimes, which highlights our point regarding the recidivist nature of many egregious offenders,” ICE Enforcement and Removal Operations Field Director Dave Marin said in an email, the Examiner reported.

“This proves that many of these aliens are recidivist offenders who should not have been released in the first place,” ICE’s Senior Official Performing the Duties of the Director Tony Pham said in a statement, according to The Washington Examiner.