It’s not alarmist to state that the future of our country could be defined by the two Georgia Senate races. We are in an existential moment, and it sure feels like we are floating through it in a daze, without the sense of urgency you would expect if the entire future of your country were on the line. We just had a tough election, but for those who care about our future, it’s past time to wake up from the daze.

Democrats are livid about the Trump era. They feel wronged by President Donald Trump’s Supreme Court picks — even though the process that led to them was started by their own former leader Harry Reid. They feel wronged by Trump’s muscular use of executive authority — even though the president’s actions followed a trend that has been growing for a few successive presidential administrations on a bipartisan basis. 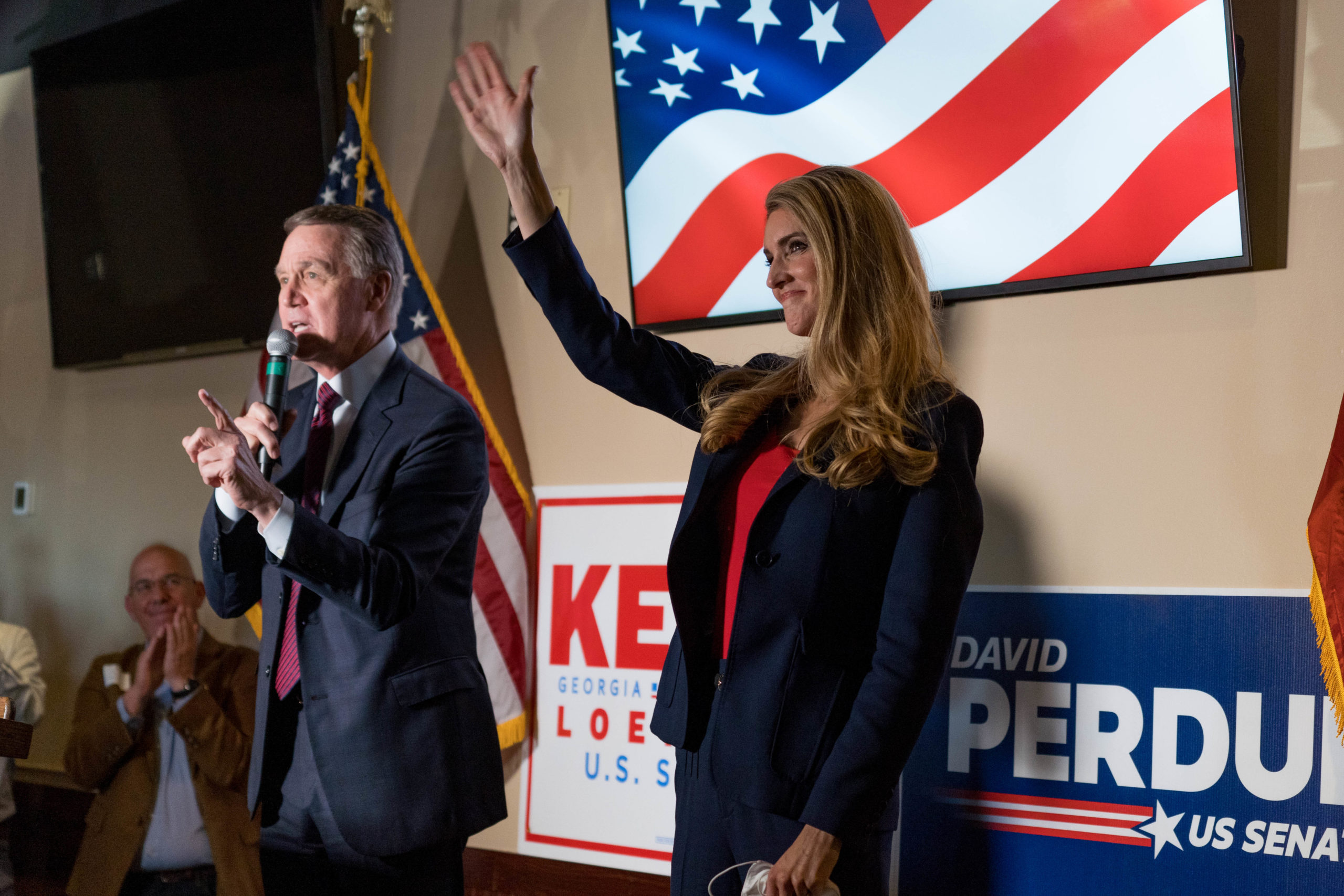 Regardless of the merits leading to this perceived case of injustice, it’s a fact that many Democrats are out for revenge. If they have the White House, the House and the Senate, the pressure on President-elect Joe Biden to enact a pretty extreme agenda is going to be immense. Will Biden have the strength to push back against this? Will he even want to push back? The games he played during the campaign on the question of packing the Supreme Court and the fact that his own vice president is all for a more radical agenda do not bode well for those hoping Biden will stand in the way of the radical elements who have all the energy in his party today.

A Democratic Senate looking to change America would start by killing the Senate filibuster so they no longer need 60 votes to pass a bill. They don’t need any Republican votes to do that, and once it’s done, the Republicans won’t be able to stop anything. First up for grabs would be expanding the Supreme Court to the point that a solid majority of liberal justices are in place to rubber-stamp a newly activist agenda.

The second step would involve adding new, reliably Democratic states to the Union. This, too, could be done without a single Republican vote. Once the new states and their new Democratic senators are admitted, it would become that much harder for Republicans to retake a majority to roll back the radical agenda.

Once these structural changes are in place, you can name any radical policy goal, and it would have a shot at enactment — without a judicial check to make sure the Constitution was followed. Socialized medicine, the end of fossil fuels, confiscatory tax levels and a huge reduction in military spending would all be on the table.

This scenario may be extreme, but every single part of it has been endorsed by mainstream liberals in recent times. Stopping this should be priorities number one, two and three. Stopping it only takes a win or two in two very winnable Georgia Senate races, yet we are not on course to stop it at all. The Democratic candidates in Georgia are surging and ahead in most recent Georgia polling. The Republicans are blowing these races. (RELATED: Here’s How Republicans Could Pull Off 2 Big Senate Wins In Georgia)

If this trend continues and the Republicans lose in Georgia, leading to radical changes in our country, a lot of people are going to want answers as to how it all happened and who or what is to blame. That won’t be hard to pinpoint.

First, Republicans have been oddly overconfident about these races. Georgia is no longer a reliably Republican state. Anyone banking on that is setting themselves up for a loss.

Second, in the wake of the highly charged national election, people are tired and emotionally drained. There seems to be some apathy over these Senate races. Given what’s at stake, that has to change fast.

Finally, and most importantly, we are seeing some horrible Republican infighting with people purporting to act for the president, some of whom are even encouraging Republicans not to vote. It’s not clear what’s motivating these people. Some of it is just standard-issue tension between wings of the Republican party and grumbling among those who don’t like the nominees. There’s a time and place for that sort of thing. We call them primaries. They’re over. The choice now is between the candidates we have, however imperfect, and a potentially radical Democratic agenda.

Some people encouraging Georgians not to vote are also raising and making incredible amounts of money off the current situation. It’s not clear if that’s what’s motivating them, but if these seats are lost, it’s a guarantee that people will be asking lots of questions to get to the bottom of that question. Some people prominently encouraging Georgia Republicans not to vote are also former Democrats. Is it beyond the realm of possibility that they are trying to sow discord among Republicans to help their former party? In today’s politics, you can’t rule anything out, as horrible as that would be. (RELATED: Progressive PAC Urges Trump Supporters To Skip Georgia Elections, While Boosting Efforts To Turn Out Democrats)

Luckily, the president went down to Georgia to put to bed any debate over where he stands. He endorsed the Republican candidates and encouraged all Georgians to get out and vote for them. 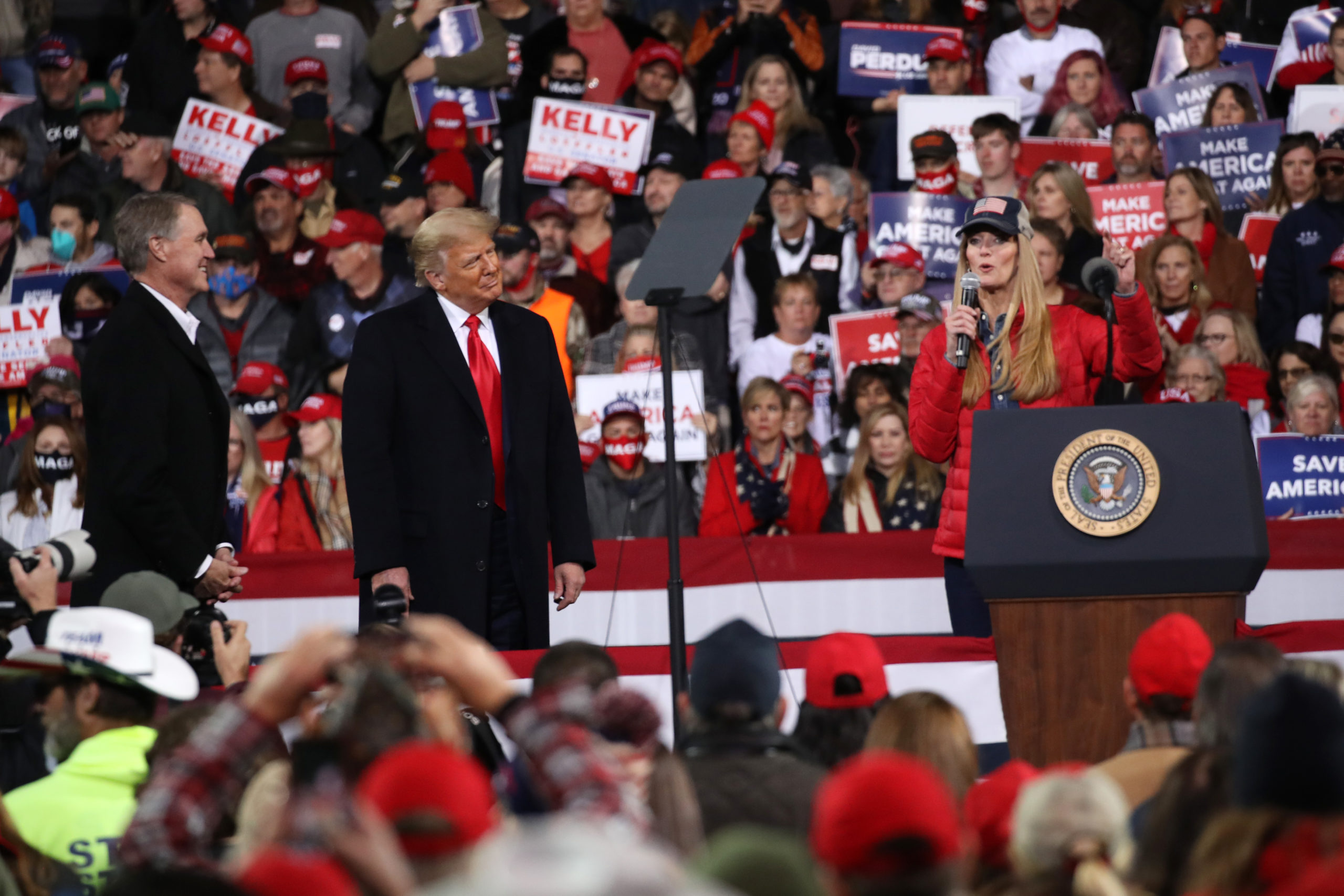 The president’s son, Donald Trump Jr., has been even more aggressive in calling out those purporting to act for his father: “If you sit back and allow apathy to take over … you are literally giving the Democrats everything that they have hoped for … My father’s legacy … everything that he’s accomplished is on the table … in this election. So, if you’re a Trump guy … you’d be foolish to listen to a few individuals who say, ‘Ah, sit at home.’ It’s as though they’re working for the Democrats.”

These Georgia seats are still winnable, but Republicans urgently need to get their act together and explain to any Georgian right of Rep. Alexandria Ocasio-Cortez what is really on the line. It’s sort of amazing that hasn’t happened yet. There’s a good chance the people of Georgia don’t want what the radical left is selling, but that case is not being made clearly enough today. The result could be a tragic loss leading to a new, more left-wing America.