House Speaker Nancy Pelosi backed California Rep. Eric Swalwell Thursday in response to revelations of his interactions with an alleged Chinese spy, accusing the GOP of harping on the issue to distract from QAnon.

“I don’t have any concern about Mr. Swalwell,” Pelosi told reporters during her weekly press conference Thursday morning.

“I do think that it is unfortunate that [House Minority Leader Kevin] McCarthy is trying to make an issue of this. But you know what he’s trying to do, he’s trying to deflect attention from the fact that he has QAnon in his delegation over there,” Pelosi added, referring to several incoming GOP lawmakers who have previously supported the baseless conspiracy theory.

Pelosi says Kevin McCarthy is focusing on Swalwell’s interaction with the suspected Chinese spy bc he “has Qanon in his delegation over there. That I think is a danger in terms of our debate here about what the possibilities are for undue influence to members of Congress.” pic.twitter.com/7cuQWcAz1J

McCarthy called for Swalwell to lose his seat on the House Intelligence Committee after Axios reported that Christina Fang, an alleged Chinese spy, met Swalwell when he was a city council member in California and stayed in contact with him after he was elected to Congress.

“He is jeopardizing national security,” McCarty said Thursday on Fox News. “When did Nancy Pelosi know of this and why did she maintain him on the [Intelligence] Committee?”

Rep. Swalwell has long been disqualified from serving on the Intel Committee. For years he peddled Russian disinformation for political gain.

Now we find out he was involved in an effort by a reported spy to gather info for China.

Swalwell is a national security liability.

Fang allegedly helped fundraise for Swalwell’s 2014 reelection campaign and was helping place an intern in his office, Axios reported Tuesday.

Swalwell said he cut off all contact with Fang once alerted by the FBI, and has not been accused of any illegal wrongdoing. 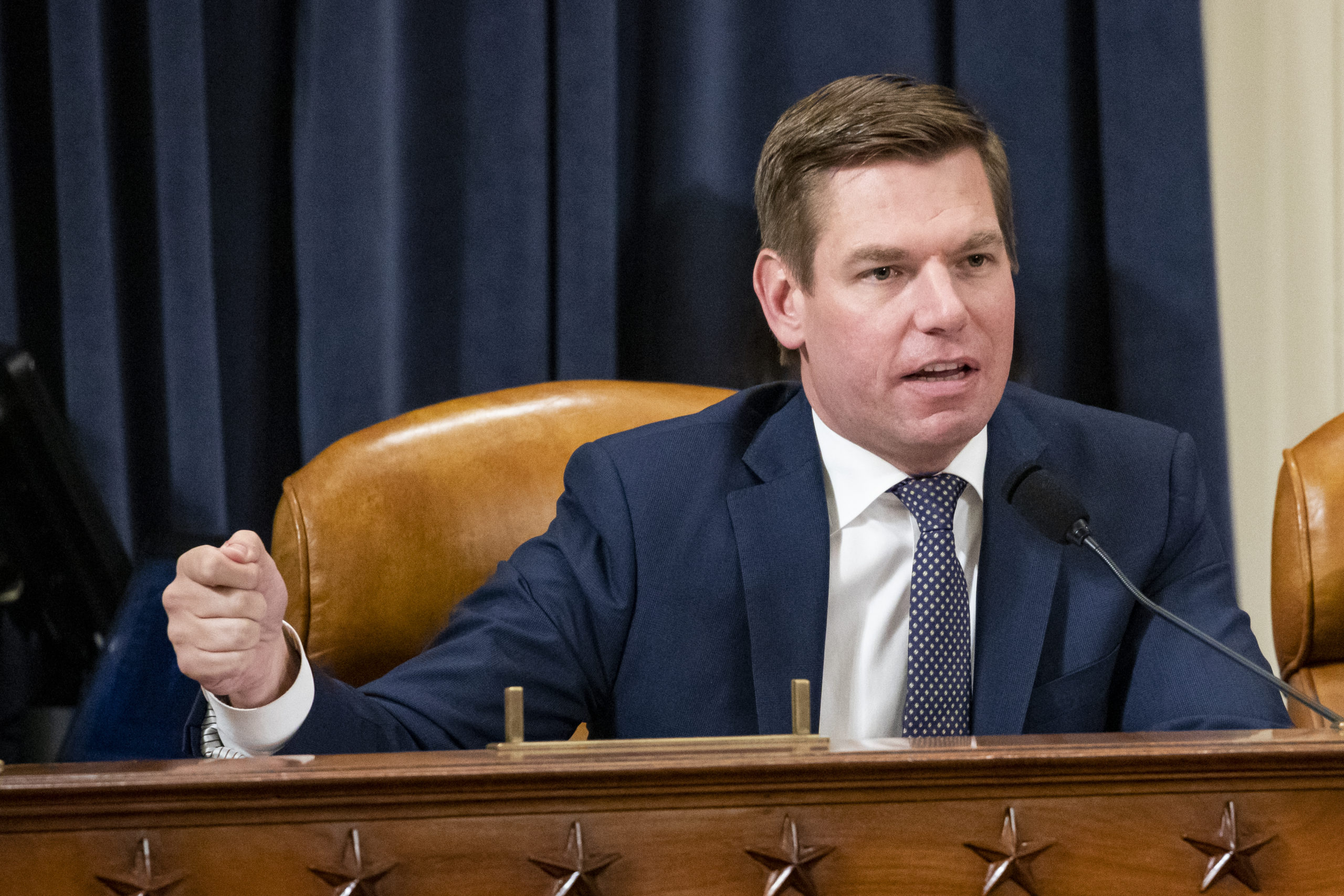 Republicans criticized Swalwell’s past connection to Fang given the lawmaker’s consistent criticism of President Donald Trump and during the investigation into Russian interference in the 2016 election, which found that the president and his campaign did not collude with the Russian government. (RELATED: Kayleigh McEnany Says Swalwell, Democrats Are Under China’s Control)

“It was all Russia, Russia, Russia,” said Republican Rep. Brad Wenstrup Thursday on Fox News. “He showed no concern about China, which if he went through an event of some type then he should be greatly concerned about China, and we didn’t hear from him on that.”

“Oh my gosh, talk about karma,” said Utah Republican Rep. Chris Stewart on Fox News. “If this doesn’t show that God has a sense of humor, what else does?”

Swalwell responded, insisting that the Republican attacks are in response to his frequent criticism of Trump.